Accessibility links
'Nuts' The Squirrel Has Gone Viral : The Two-Way "Nuts" the squirrel is a global star after a Minnesota couple gets his photo.

'Nuts' The Squirrel Has Gone Viral

'Nuts' The Squirrel Has Gone Viral 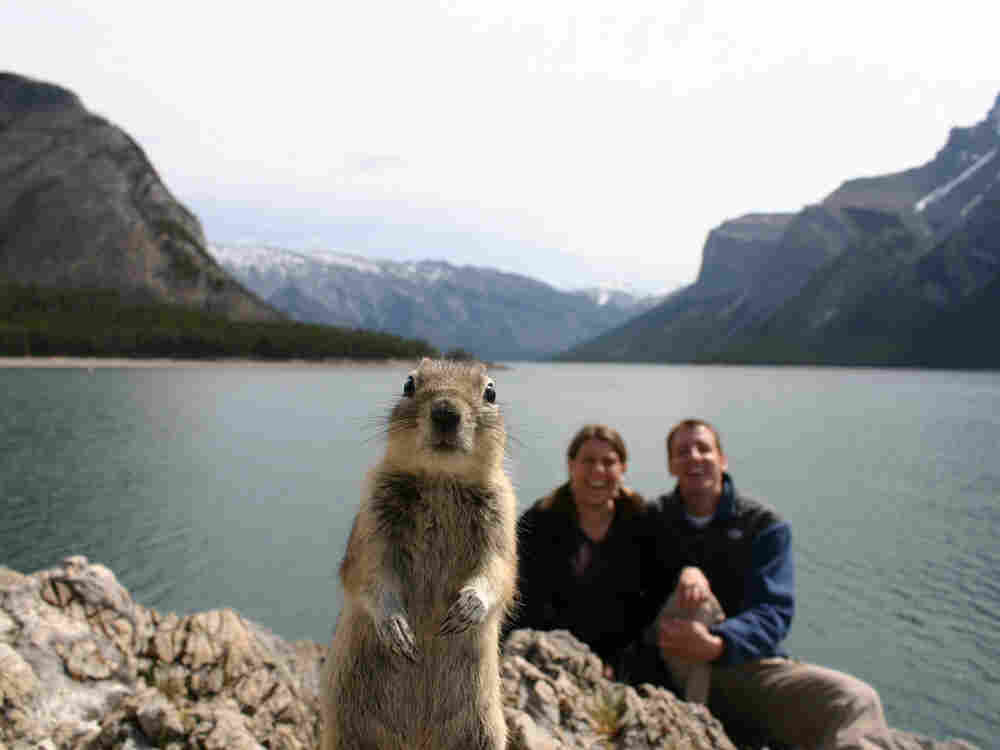 "Nuts" is a Web star. Melissa Brandts/National Geographic "Your Shot Photo of the Day." hide caption 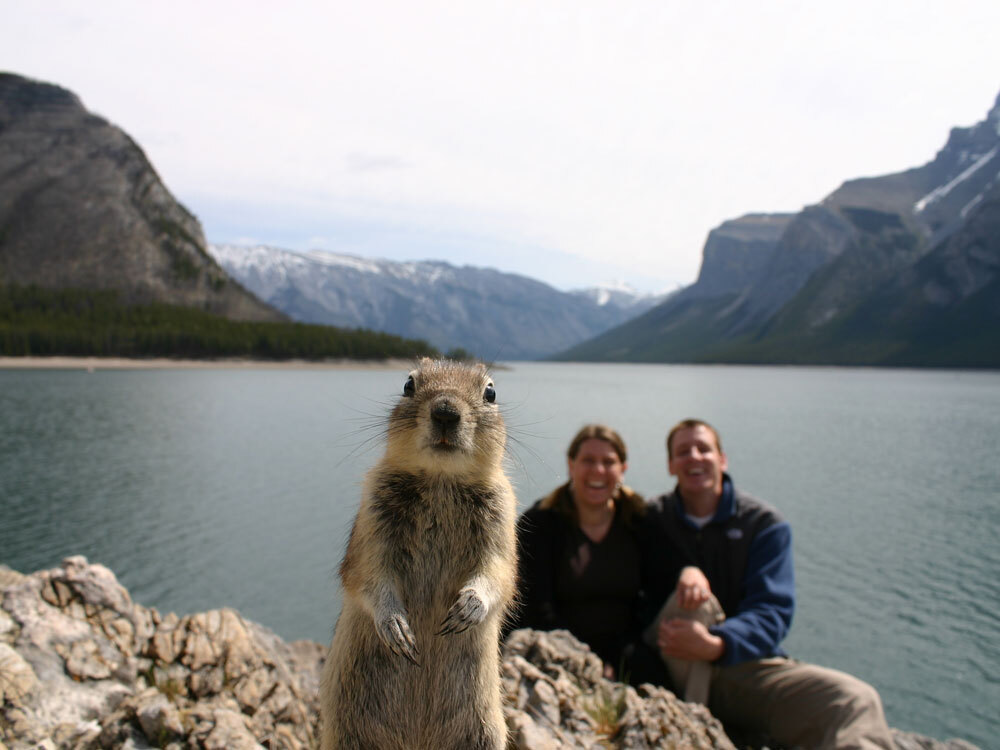 Melissa Brandts/National Geographic "Your Shot Photo of the Day."

If you haven't seen that photo, you were probably on vacation and not plugged in the past few days.

It's the squirrel now affectionately known around the world as "Nuts," who popped into the frame as a Minnesota couple sat by a lake in Canada's Banff National Park.

Melissa Brandts, who with her husband Jackson had set a camera to take a photo of them together, wrote when she sent the shot to National Geographic for its "Your Shot Photo of the Day" feature that:

My husband and I were exploring Lake Minnewanka in Banff National Park, Canada, when we stopped for a timed picture of the two of us. We had our camera set up on some rocks and were getting ready to take the picture when this curious little ground squirrel appeared, became intrigued with the sound of the focusing camera and popped right into our shot! A once in a lifetime moment! We were laughing about this little guy for days!

Now, the photo is the first thing that pops up in a Google search of the word "squirrel." Banff tourism officials, the Vancouver Sun reports, "are piggybacking on the fame of the impish squirrel" with Facebook and Twitter pages called "Banff National Park Squirrel."

And "Nuts" has his own Facebook page, thanks to Melissa Brandts.