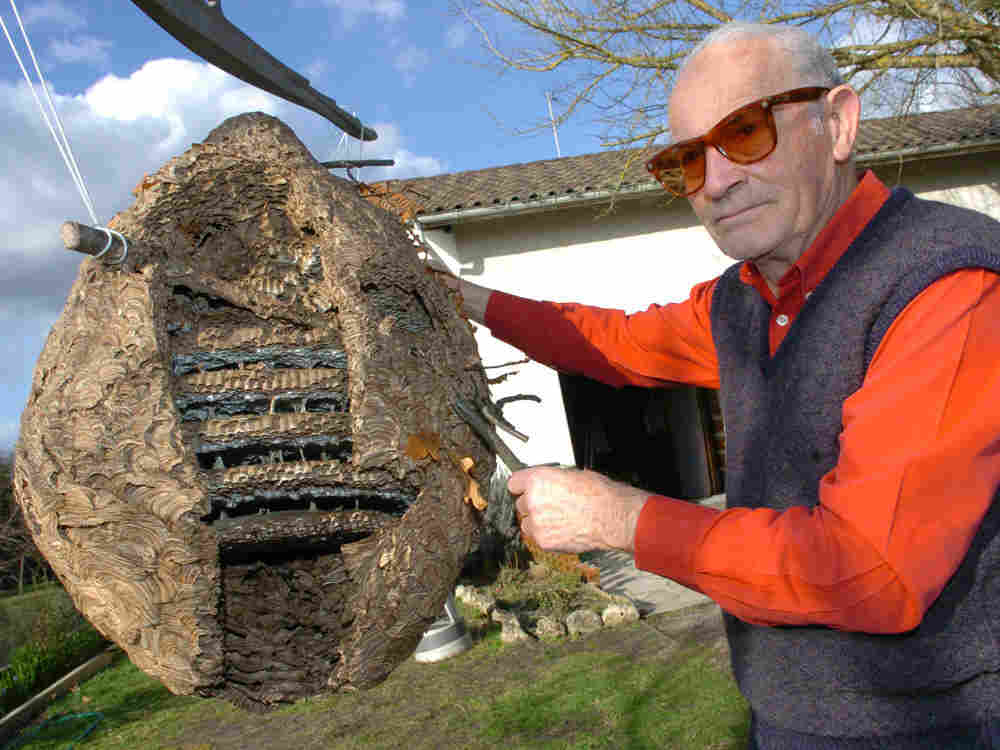 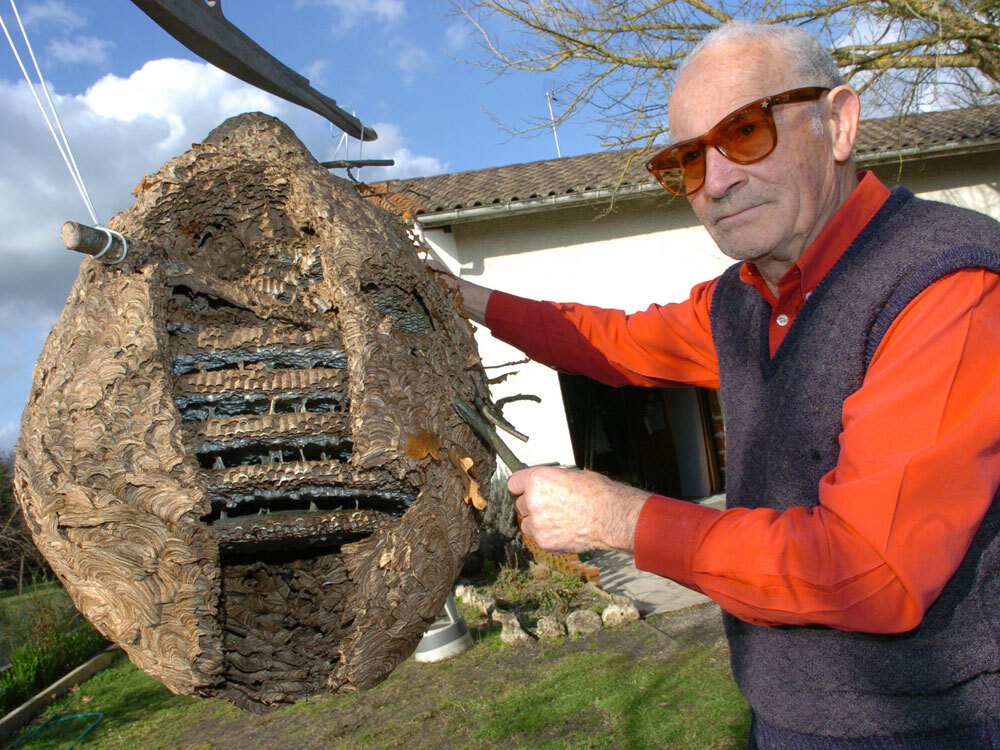 Retired beekeeper Louis Guiroy shows an Asian hornet's nest he found near his home in Parempuyre, near Bordeaux, southwestern France, in this Wednesday, Feb. 21, 2007 file photo.

If you thought the only invasive species that rattled the French were boorish American tourists, think again. Chinese hornets are attacking French beehives.

It was bad enough that the French bee hives have suffered the same inexplicable losses affecting bee hives throughout the world, the phenomenon known as colony collapse disorder. The Chinese hornets are accelerating the demise of many French bees.

An excerpt from Reuters, including its original English spelling of certain words:

"More and more of them are coming and they're colonising France," Quentin Rome, a researcher at the National History Museum in Paris, told Reuters.

The three centimetre-long insects, recognisable by their orange heads and yellow feet, probably arrived in France on a boat carrying ceramic goods from China, researchers believe.

The first hornets were observed in France in 2004, and the most recent study recorded 1,100 nests across the country. The hornet is now firmly established near Bordeaux and has advanced as far north as parts of Brittany in northwestern France.

"They multiply quite quickly, and they settle in a new department every year," Rome said.

The hornet is not yet present in other European countries, but will probably spread across the continent, he added.

Fortunately for France's wine industry, most wine grapes don't need to be pollinated by bees so there's little threat to that important French industry. That's not to diminish the threat to French beekeepers and the other agricultural products that rely on bees to pollinate plants.