Accessibility links
Kennedy Tributes Pour In From Everyday Americans : The Two-Way The tributes are pouring in from the powerful and influential following the death overnight of Sen. Ted Kennedy of Massachusetts from brain cancer. But they're also coming in from regular Americans. And a good place to see them is Legacy.com who... 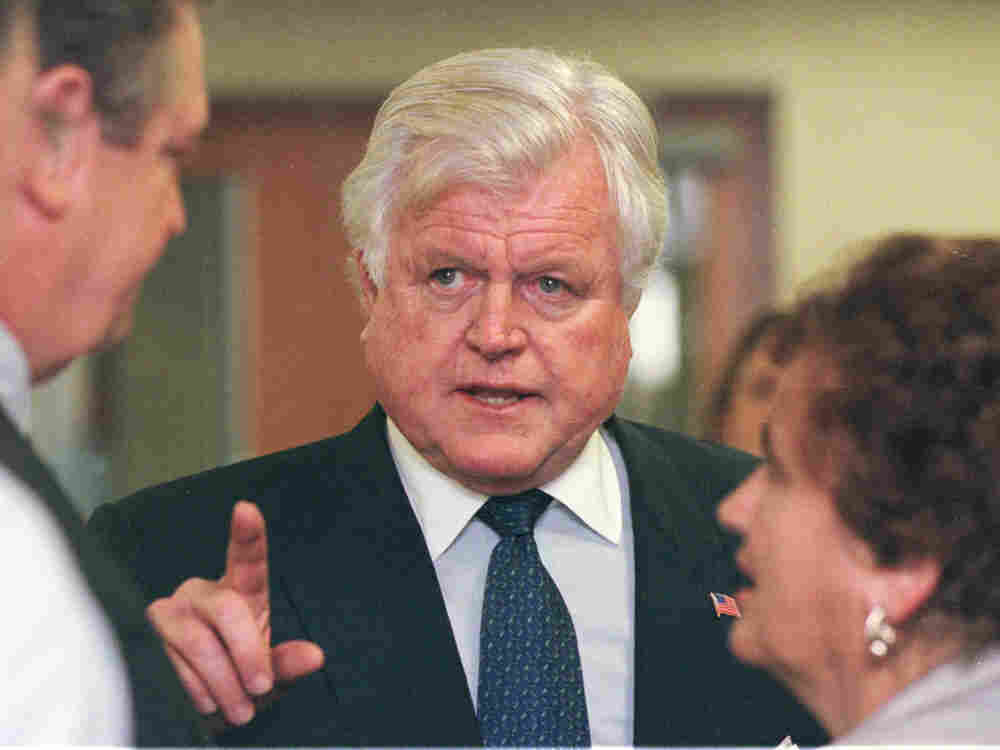 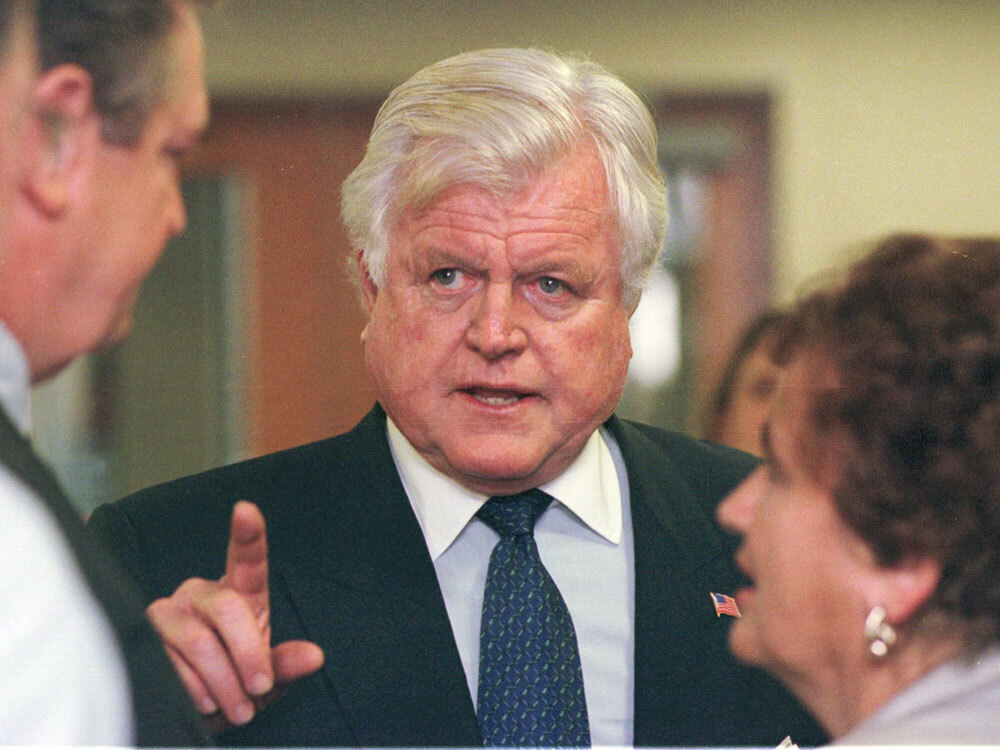 The tributes are pouring in from the powerful and influential following the death overnight of Sen. Ted Kennedy of Massachusetts from brain cancer.

But they're also coming in from regular Americans. One good place to see them is Legacy.com whose Kennedy guest book is is 439 pages and growing quickly. Another is the WBUR.org web site of NPR's Boston affiliate.

A sampling from Legacy.com:

From Maggie Vaughn of San Francisco:

Hearing the sad, sad news this morning, I was struck with a feeling of complete irrelevance as if my generation had lost its voice. We shall 'keep the dream alive', but we will be called upon to work doubly-hard to sustain the level of Teddy's legislative strengths which I'm sure we all took too much for granted.

Thank you with all my heart, Edward!

I am grieving today as if he were a member of my own family.

I lived in Boston for 11 years, and I was so proud to have him as MY Senator.

Marc Antony in "Julius Caesar" said "The evil men do live after them, the good is oft interred with their bones." That won't be true of Sen. Ted Kennedy, though. His legacy of fairness to all and righting the wrongs done to the disenfranchised will live on as long as there is a United States of America.

My deepest sympathy to his beloved family.

From Bob and Mary C of West Haven. Conn:

TO THE KENNEDY FAMILY: Our very deepest sympathy to each and everyone of you. May you find peace & comfort knowing he did a remarkable job, left a great legacy, and now he's with God. He was so down to earth. Always helped the needy and less fortunate. May the Dear Lord Bless and Comfort each of you during this truly very difficult time.

He will be sadly missed.

Senator Kennedy had a vision for this country and the righteousness and dignity of all Americans. Thank you Ted for standing tall and being the lion. Thank you for your legacy on civil rights, equal rights, and human rights. May we all use our own talents to make real the promises of democracy that Senator Kennedy valiantly fought for. To his family thank you for sharing your husband, brother, uncle, dad, cousin with us. My sincere condolences to you.

I am eternally grateful that Edward M. Kennedy chose public service as his life's work. What he did for me and millions of Americans will never be forgotten. Thank you Senator Kennedy for standing up for the common people, fighting injustice as best you could and being a good steward of God's earth and his creations.

I will miss the impact you have made on my life and my country. I do hope that a person of integrity will find it in themselves to pick up the torch that you've passed on and continue to fight the good fight.

Ted Kennedy was politically one that I may not have agreed with entirely, but I can say that he was a fighter, and a champion for the Commonwealth of Massachusetts. R.I.P. Teddy and God Bless the Kennedy family.

Here are a few from WBUR:

We have lost our Senator. We, the people. I take it personally. At a time when all my letters to representatives and senators -- local and national-- were ignored or rejected, a phone call from Senator Kennedy's office asked me what we needed and how they could help and they did. He and his staff made it possible for one of my children to receive assistance otherwise denied. This help made it possible for her to pull her life together. This seems so small a thing; but all the great work he did began with many many small things. No one is indispensable; except some. My prayers for his family. My thanks to Senator Ted Kennedy. He was a true blessing. Posted by Mickey Coburn.

I first met Ted Kennedy when I was a high school student working in Robert Kennedy's office on Capitol Hill. What I saw at that time was the affection between the two brothers, including some practical jokes they played on each other. I met him again at at St. Patrick's Day parade in Boston in 1967.

When NCLB was unveiled, I spoke with him about the possible negative impact of the bill, while working as a consultant for the Worcester Public Schools. In every encounter, he was gracious. When talking policy, he actually listened. When "accused" of being a liberal, he proudly claimed the label. I will always respect him for sticking to his ideals and for working to improve the lives of all people in this country. He was not a puppet of big business, nor did he give up his principles when it came to the vote on the invasion of Iraq.

Yes, he had his flaws, but in his public life, he was an effective servant of the people. In his personal life, he endured many profoundly tragic losses. As the mother of 5 sons, I can not imagine how my youngest son would survive if he lost his older brothers to assassinations. Ted Kennedy rose above his grief, beyond his anger, and through the political morass to try to make this world a better place. He will be deeply missed. Posted by Jan Krause Greene

Aside from the fact that Ted Kennedy was an able, dedicated and hard-working senator for nearly 46 years, I'll remember him for his compassion. When my youngest brother, Steven, was killed in the bombing of the Marine barracks in Beirut in 1983, Ted Kennedy picked up the phone and called my parents to offer his condolence. It wasn't "Please hold for Senator Kennedy", it was "Hello, this is Ted Kennedy, may I please speak to Mr. or Mrs. LaRiviere." Certainly the man was not without faults, but I'm satisfied that he more than made up for his mistakes and failings. Massachusetts, the Senate and the United States are poorer after this loss. Posted by Richard K. LaRiviere.

Rep. Barney Frank, a fellow Massachusetts Democrat has said, and many agree, that Kennedy is probably the most powerful American never to be president. The tributes from so many regular citizens are a strong testimony to that very point.