Accessibility links
AG Holder Won't Prosecute Bush Justice Official For Allegedly Lying To Congress : The Two-Way A former Justice Department official who engaged in political hiring during the Bush Administration won't have to worry about being prosecuted by Attorney General Eric Holder. 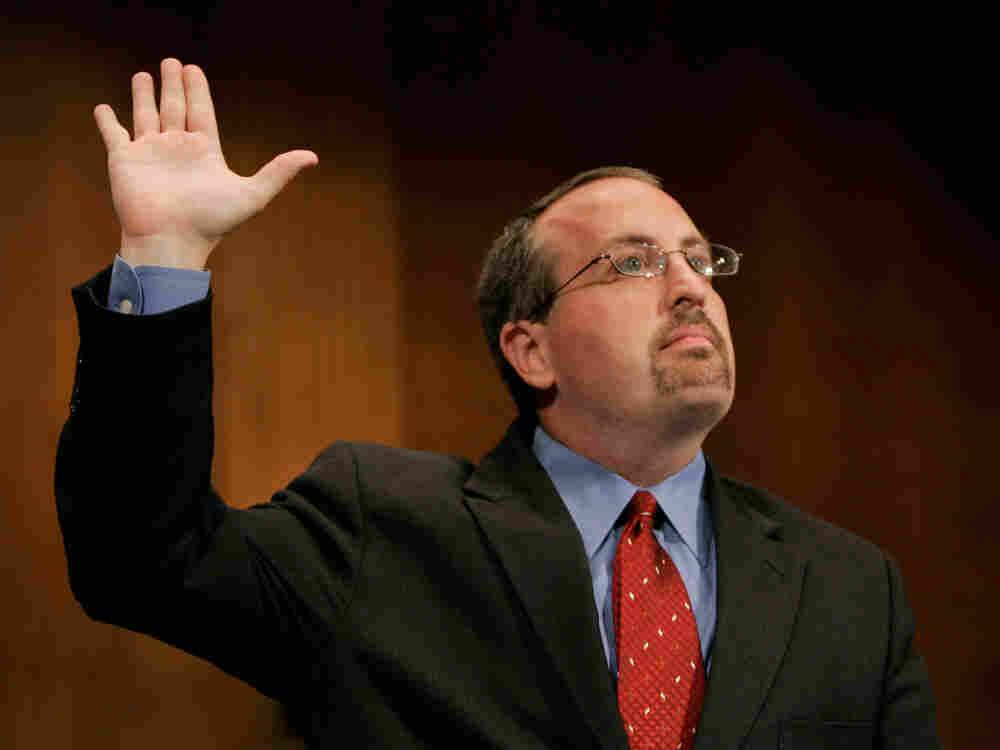 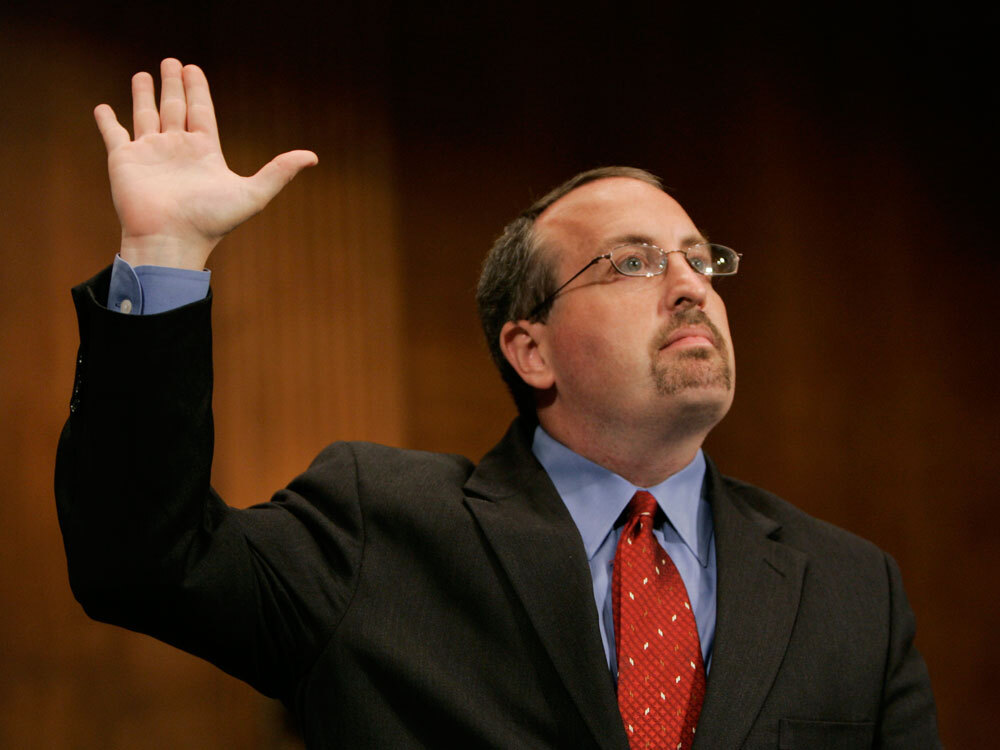 Former Bush Justice Department official Bradley Schlozman is sworn in before testifying before the Senate Judiciary Committee in June 2007.

A former Justice Department official who engaged in political hiring during the Bush Administration won't have to worry about being prosecuted by Attorney General Eric Holder.

Holder has decided to abide by a federal prosecutor's earlier decision to not prosecute Bradley Schlozman who was acting director of the Justice Department's civil-rights division was found to have actively weeded out liberal job applicants.

As NPRs Ari Shapiro reported for the network's newscast:

Earlier this year, the Justice Department's Inspector General concluded that Bradley Schlozman hired people to work in the civil rights division based on their political ideology.

The report said he bragged about hiring, quote, "real Americans" to replace the liberals he called "pinkos and commies".

When Schlozman testified before Congress, he said he did not hire people based on their ideology.

The top federal prosecutor for Washington DC concluded there was not enough evidence to bring a prosecution.

The Attorney General's review was extensive; it included a thorough evaluation
of the relevant case memoranda and investigative materials, an analysis of the relevant
legal principles, and multiple meetings with members of the prosecution and investigative
teams. The review was met with complete cooperation, transparency, and
professionalism by the investigators and prosecutors involved in this matter. The
Attorney General and his staff were struck by the fairness, objectivity, and rigor of
analysis demonstrated by these career professionals. After careful examination of the
evidence and the law, and upon consideration of other relevant prosecutorial factors, the
Attorney General concluded that the United States Attorney's decision was reasonable
and should be afforded due deference. The Attorney General thus has decided that the
decision to decline prosecution of Mr. Schlozman should not be disturbed.

To be clear, nothing in the Attorney General's determination to sustain the United
States Attorney's decision should be construed as an endorsement ofMr. Schlozman's
improper hiring and personnel-related practices as described in the Final Report.