Accessibility links
Obama's China Tire Tariff Smells Like Politics To Some : The Two-Way U.S. consumers in the market for low-priced car tires will be seeing higher prices, thanks to the tariffs President Barack Obama placed on Chinese tire imports in response to administration claims that Chinese tire manufacturers have been dumping ...

Obama's China Tire Tariff Smells Like Politics To Some

Obama's China Tire Tariff Smells Like Politics To Some 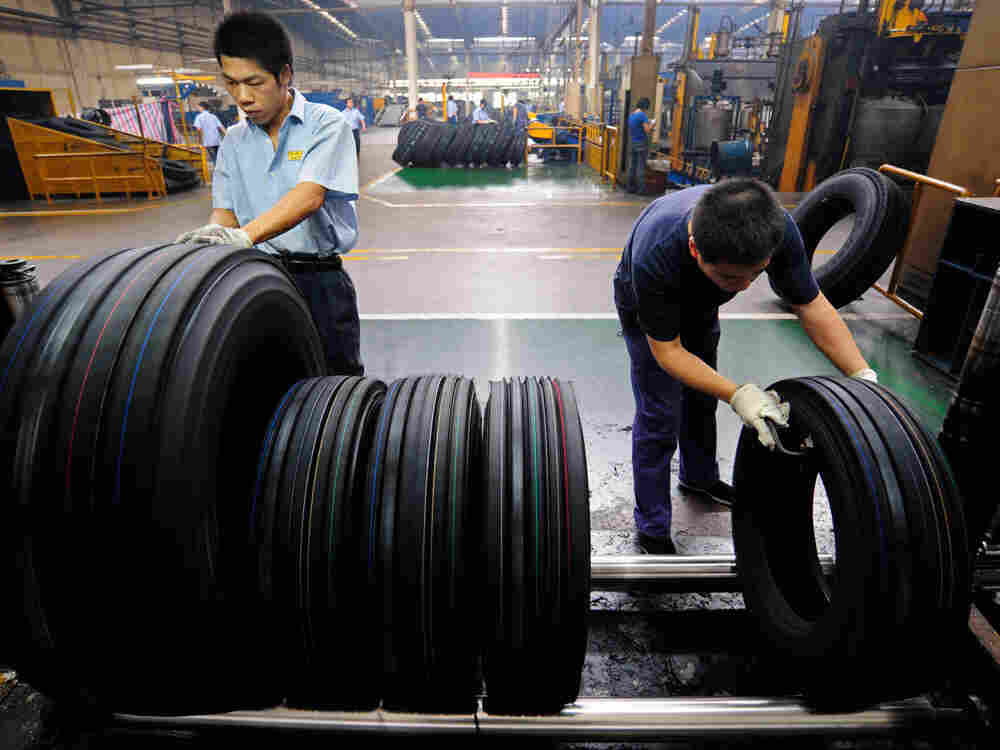 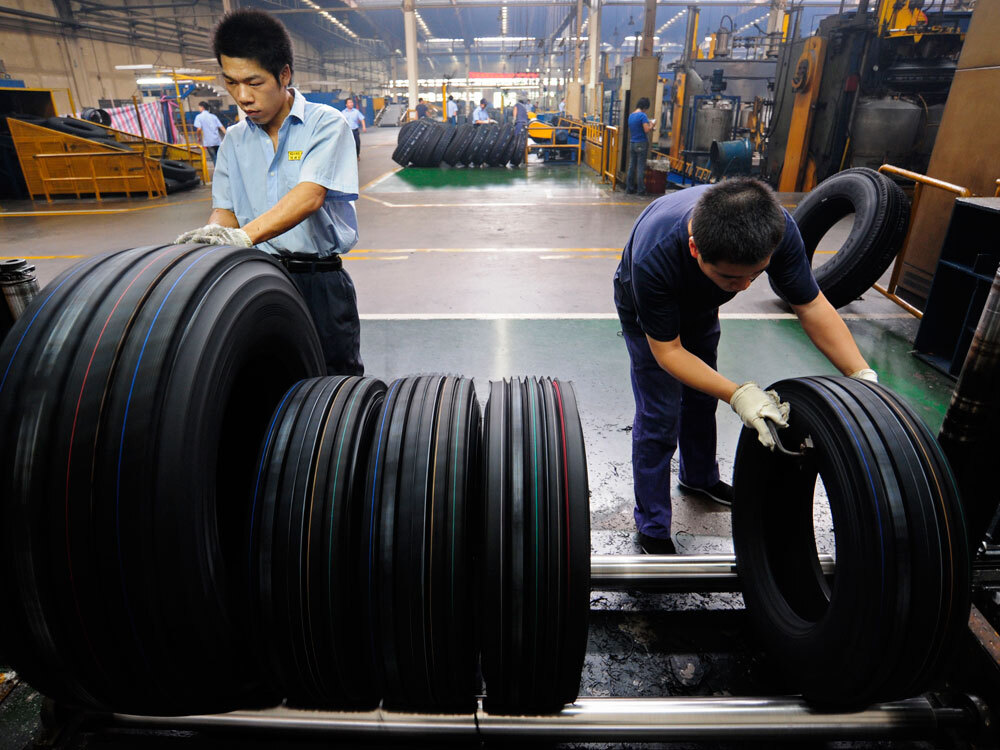 U.S. consumers in the market for low-priced car tires will be seeing higher prices, thanks to the tariffs President Barack Obama placed on Chinese tire imports in response to administration claims that Chinese tire manufacturers have exported so many tires to the U.S., they've "disrupted" the market.

NPR's Frank Langfitt reports on All Things Considered the suspicions that the administration's action is really a response to political, not trade, pressures.

Frank goes to where the rubber meets the road, tire retailers, to get their take on the effect the tariffs will have.

Here's an excerpt of his report:

FRANK: Kevin Hanagan runs a car repair and tire service in Gaithersburg, Maryland. A customer is hunting for trailer tires.

HANAGAN TO CUSTOMER: Carlisle's we can do for $86 a piece. And you may want to buy them today because our wonderful president imposed a 35 percent tariff on these Chinese tires. So they will be going up.

FRANK: Suppliers tell Hanagan they'll be raising prices by up to twenty percent.

So, earlier this week, he bought hundreds of Chinese-made tires to beat the tariff.

HANAGAN: There was a panic buying with me, hoard what you can, while you can. So we wouldn't be caught empty handed.

FRANK: Hanagan says he supports American workers. But he says the tariff will just raise prices for his most cost-conscious customers.

HANAGAN: "Who's going to get hurt by this tariff? Joe the plumber. The average dude who wants to buy some tires.

According to Frank's report, Chinese tire imports have tripled since 2004. Organized labor hopes the tariff will protect remaining domestic tire maker jobs and perhaps cause some rehiring at U.S. plants.

That seems unlikely, according to some experts.

FRANK: Nick Lardy is skeptical. Lardy is a China scholar at the Peterson Institute for International Economics, a Washington think tank.

He says companies will just move production in China to another country.

LARDY: No one in the tire business is going to open a factory to produce these tires in the United States, because they know these tires are going to be coming next from Brazil or India and other countries that can produce tires more cheaply than we can.

What other reason, then, explains the Obama Administration action?

Back to Frank's report:

FRANK: It's about American politics.

Lardy and other analysts think the president is rewarding organized labor for support during the election.

And hoping to inspire unions to fight for his health-care plan.

The White House denies all this.

Frank has also provided some added information in an e-mail:

When the United States imposes tariffs on Chinese-made tires next week, it will be using a unique provision that allows the U.S. to target Chinese imports if they "disrupt" the American market. No other U.S. trading partner is subject to this provision.

Lardy has this back story: China was desperate to get into the World Trade Organization in 2001 and this provision was part of the price of admission.

"It had no choice," says Lardy, "The United States and the other members of the WTO who were leading the negotiations on China's entry basically held a gun to their head."

The U.S. International Trade Commission urged the White House to invoke this provision four separate times, but President Bush declined. President Obama is the first to use it.

I asked Lardy who he thought was right on this issue: the U.S. or China. He said -- legally -- the United States is within its rights. But, he added, "I tend to sympathize with the Chinese in this case. I think it was very unfortunate that this provision was put in their agreement. I think we should stick with the most basic principle of the WTO, which is everybody is treated the same."

Lardy says the provision doesn't last forever. It expires in 2013.

While the president may have cemented the loyalties of union members, particularly the United Steel Workers, he may wind up having opened himself to larger problems.

Conservatives are referring to the new tariff as an Obama tax on lower and middle class taxpayers and indeed tariffs are taxes on foreign-made goods.

Grover Norquist, president of Americans for Tax Reform and one of Washington's leading conservative voices, gave a preview of the kind of criticism Obama will be facing going forward, in a statement he issued earlier this week:

President Barack Obama once again broke his central campaign promise not to
raise "any form" of taxes on Americans making less than $250,000 per year. Bowing to pressure from organized labor, he made a decision to place a 35 percent tariff on tire imports from China.

"Make no mistake; a tariff is nothing more than a tax on consumers," stated Grover Norquist, president of Americans for Tax Reform, "This decision will drive up the cost of tires, increasing the economic burden on families already struggling with the high cost of transportation."

The families hardest hit by this tax increase will be low-income families, since the tariffs will be applied to low-end tires, costing $50 to $60 as opposed to the $200 to $250 paid for premium tires. According to the Wall Street Journal, Americans can expect to see a 20 to 30 percent increase in the cost of tires.

During the campaign, Obama made a "firm pledge" not to raise "any form" of taxes on those making less than $250,000 per year...