At Tea Party, More Than Some Said... Fewer Than Some Claimed

At Tea Party, More Than Some Said... Fewer Than Some Claimed 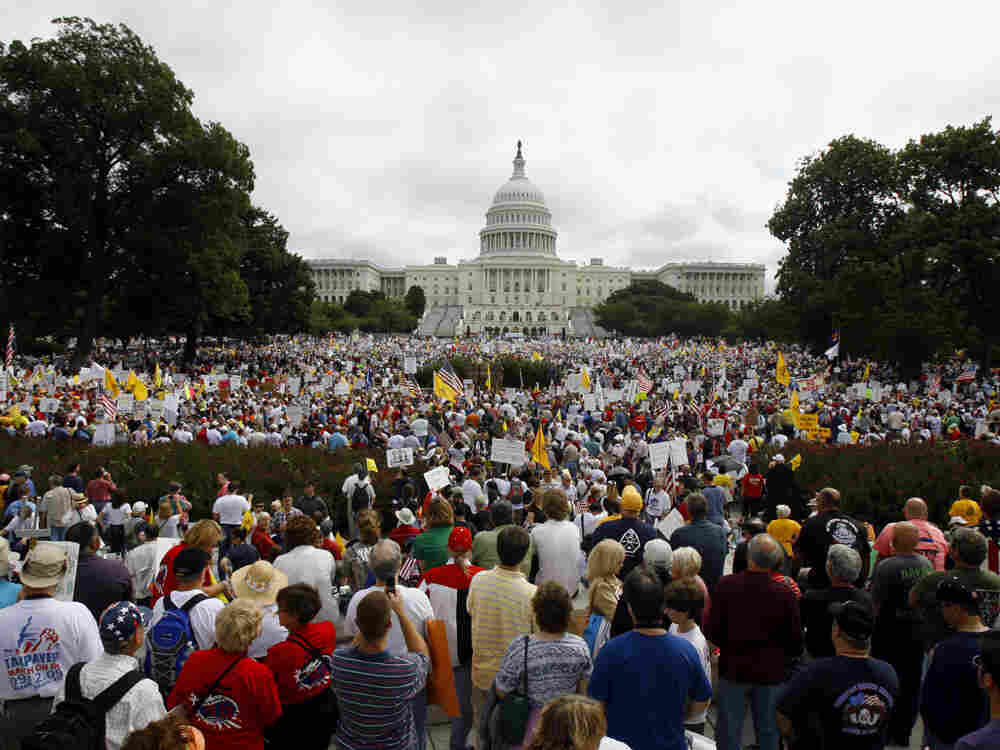 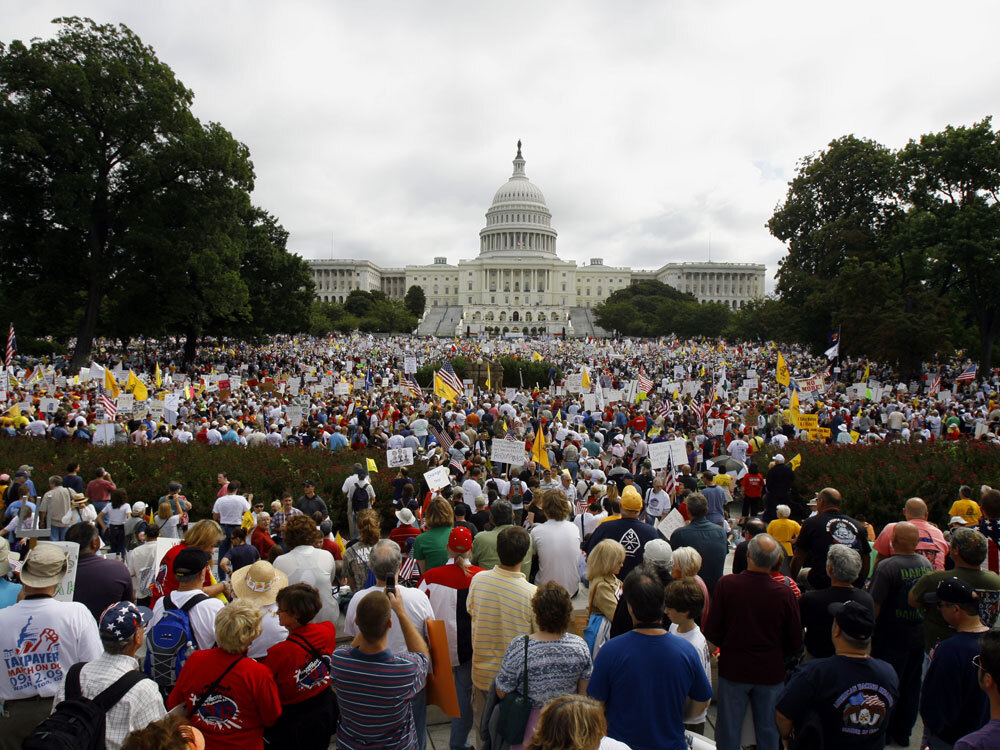 Counting the heads is controversial.

The National Park Police long ago got out the business of estimating the sizes of crowds at political rallies in Washington, D.C. (though it does do estimates for inaugurations).

The Internet kerfuffle that's been underway since Saturday's "Tea Party" march and protest by conservatives underscores why Park Police officials don't like being dragged into discussions of crowd sizes when political organizers want to brag about how many folks they've gathered and critics want to poke holes in those claims.

Supporters of the rally say that liberals and the "mainstream media" have been deliberately downplaying the size of the crowd, putting it in the tens of thousands. Liberals and critics of the conservative groups' leaders say the Tea Party organizers have been deliberately distorting the facts, claiming at times that as many as 2 million were there.

Where to turn for some objective analysis?

The nonpartisan PolitiFact.com reports that:

We spoke with Pete Piringer, public affairs officer for the D.C. Fire and Emergency Department, who said that the local government no longer provides official crowd estimates because they can become politicized. That said, on the morning of Sept. 12, Piringer unofficially told one reporter that he thought between 60,000 and 75,000 people had shown up.

"It was in no way an official estimate," he said.

We asked Piringer whether there were enough protesters to fill the National Mall. ...

"It was an impressive crowd," he said. But after marching down Pennsylvania Avenue to the Capitol the crowd "only filled the Capitol grounds, maybe up to Third Street," he said.

The admittedly liberal but very-thorough-with-numbers Nate Silver at FiveThirtyEight.com, writes that:

If there had in fact been 2 million protesters in Washington yesterday, there would have been no need to lie about it -- the magnitude of the protests would have been self-evident. I was in Washington for the inauguration, an event at which there really were almost 2 million people present -- and let me tell you, it was a Holy Mess. Hotels, charging double or treble their usual rates, were booked weeks in advance. Major stations on the Metro system were shut down for hours at a time. The National Guard was brought in. At least 3,000 people got stuck in a tunnel. Essentially the entirely of the National Mall, from the Capitol to the Washington Monument, was dotted with onlookers. Heaps of trash were left behind. The entire city was basically a warzone for a period of about 20 hours, from midnight through mid-evening.

But there are no accounts of any of those sorts of things happening yesterday. 70 thousand people, rather, is about the number that will attend the Washington Redskins' home opener next week. That's a lot of people. Washington -- actually Landover, Maryland, where FedEx Field is located -- will be inconvenienced. But it won't be shut down. Business will go on more or less as usual.

This was not a small rally. It was also not, in comparison with something like the 2006 pro-immigration protests, a particularly large rally. It was a business-as-usual sort of rally.

And at The Atlantic, another site known for solid political analysis, Max Fisher notes that some of the confusion over the crowd size may have come from the fact that there was another large gathering close by:

What no one has noted is that two-thirds of the National Mall was filled by an entirely separate event on Saturday that had nothing to do with protesting the president. September 12 just happened to be the 24th-annual Black Family Reunion, which ran from 7th Street all the way to the Washington Monument. I spent several hours on the Mall on Saturday, and there's no question that protesters numbered at least in the tens of thousands, but they were isolated to only a fraction of the area they're credited with having filled. The Black Family Reunion, a peaceful and friendly event designed around "healing and uplifting black families," featured mild-mannered African American families meandering through a series of promotional tables and large white tents scattered across the Mall.

At the conservative blog Wizbang, also known for its solid work, Michael Laprarie is sticking with numbers that are on the higher side:

We may never know a precise number, but reasonable estimates seem to put the 9/12 crowd at between 500,000 and one million.

NPR's Allison Keyes, who was actually there, put the number in the "tens of thousands":