Accessibility links
Toyota Recalls 3.8 Million Cars For Floor Mats Linked To Stuck Gas Pedals : The Two-Way Toyota is recalling 3.8 million vehicles in the car maker's biggest U.S. recall for dealers to replace mats linked to a number of incidents, including a recent California crash in which a floor mat interfered with the accelerator, leading the vehi... 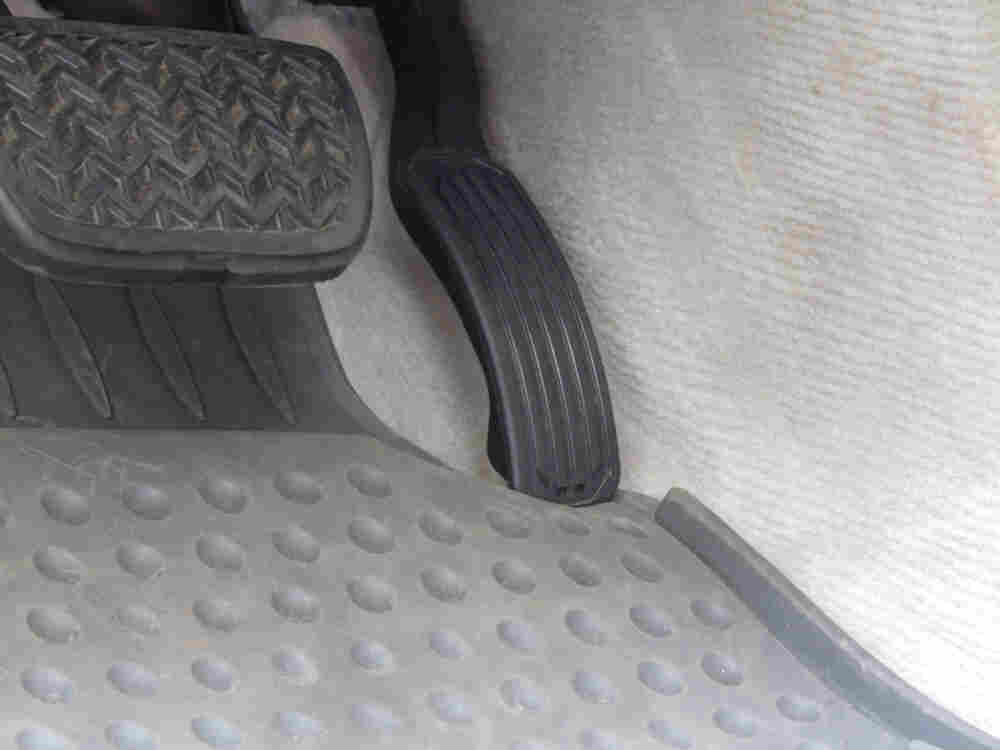 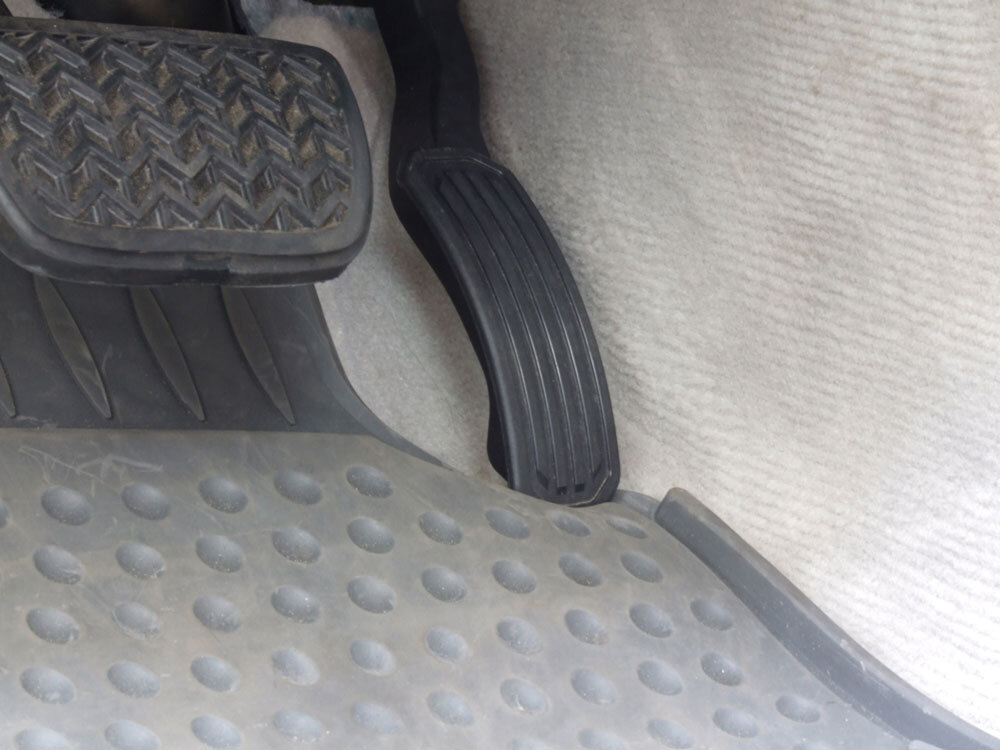 This undated handout photo provided by the National Highway Traffic Safety Administration (NHTSA) shows an example of an unsecured driver-side floor mat trapping the accelerator pedal in a 2007 Lexus ES350.

Toyota is recalling 3.8 million vehicles in the car maker's biggest U.S. recall for dealers to remove mats linked to a number of serious incidents, including a recent California crash in which a floor mat interfered with the accelerator, leading the vehicle to speed out of control, killing four people.

From a NHTSA press release:

The National Highway Traffic Safety Administration today alerted Lexus and Toyota owners about conditions that could cause the accelerator to get stuck open under certain conditions. The agency strongly recommends taking out removable floor mats on the driver's side in certain models and not to replace them with any other mat, either from Toyota or any other brand.

"This is an urgent matter," said U.S. Transportation Secretary Ray LaHood. "For everyone's sake, we strongly urge owners of these vehicles to remove mats or other obstacles that could lead to unintended acceleration."

NHTSA notes that there continue to be reports of accelerator pedal clearance issues which provide the potential for an accelerator pedal to get stuck in the full open position. A stuck accelerator may result in very high vehicle speeds and a crash, which could cause serious injury or death.

NHTSA said that Toyota has announced that it will soon launch a safety recall of various model year vehicles to redress the problem. However the safety agency warned owners to remove all driver-side floor mats from the models listed below immediately as an interim safety measure in advance of the recall.

Toyota and Lexus vehicles affected by this consumer alert are:

On August 28, a rental car with the suspect floor mats, a 2009 Lexus ES 350, sped out of control, killing a California Highway Patrolman Mark Saylor and his family.

The accident received a lot of attention because a backseat passenger made a 911call which was released by authorities.

The car maker had an earlier recall involving 2007 and 2008 models involving floor mats but the size of the present recall suggests Toyota realizes the problem is likely far greater than it originally thought.