Accessibility links
Afghan Runoff Hits Rocks; Challenger May Boycott: Reports : The Two-Way CNN is reporting that negotiations for the Afghan runoff presidential election have broken down, with challenger Abdullah Abdullah abandoning the talks and threatening to boycott the election. 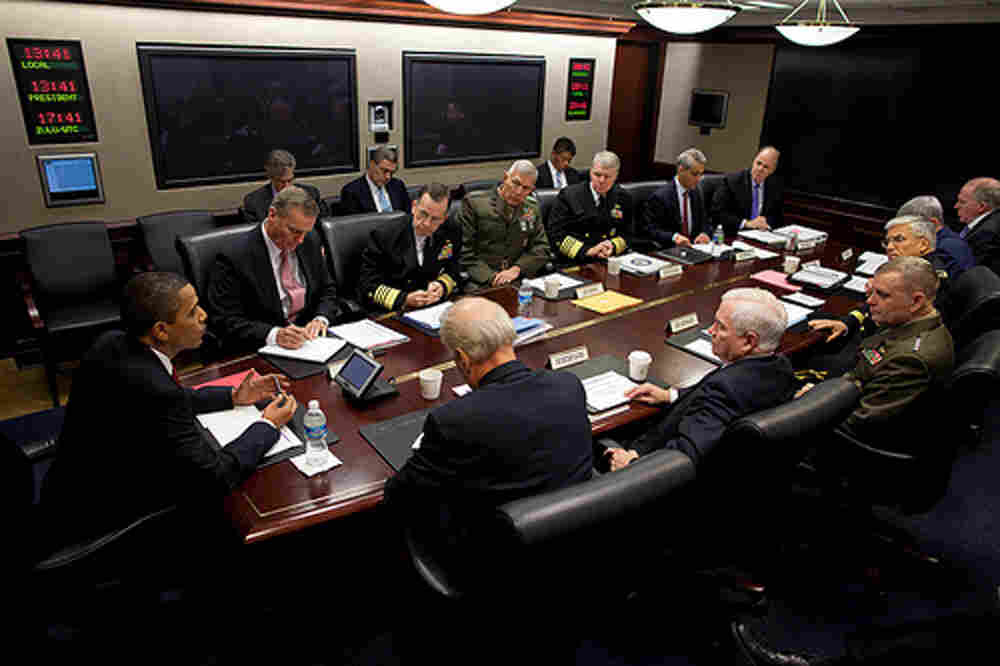 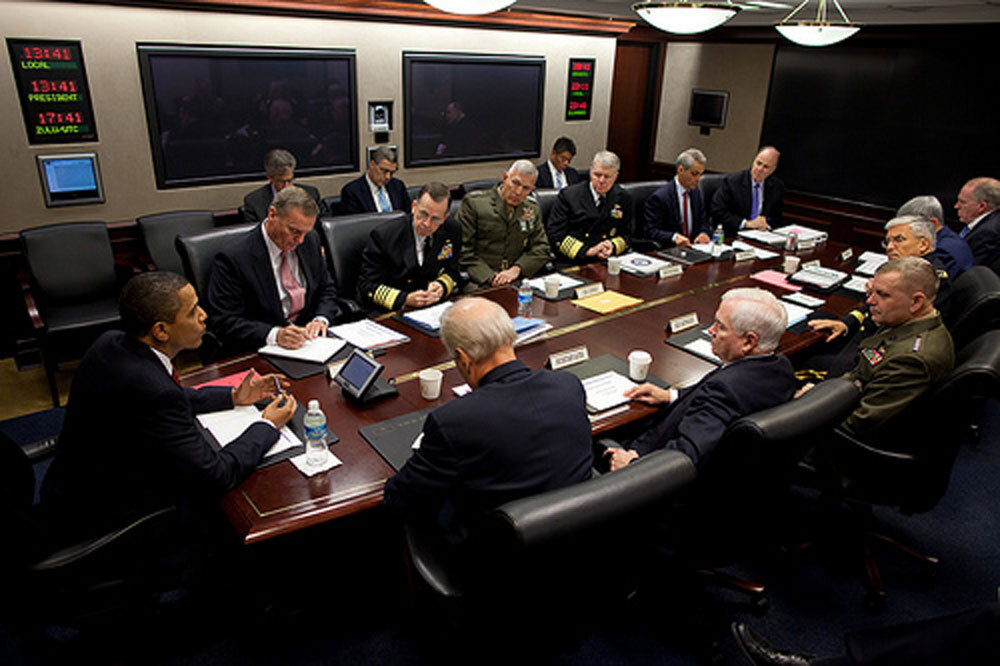 President Barack Obama meets on Afghanistan with the Joint Chiefs of Staff in the White House Situation Room on Friday, Oct. 30, 2009.

CNN is reporting that negotiations for the Afghan runoff presidential election have broken down, with challenger Abdullah Abdullah abandoning the talks and threatening to boycott the election. The news network cites a Western official as its source.

Abdullah came in second in the August election to Afghan President Hamid Karzai in balloting widely considered rife with fraud. A U.N. investigation confirmed the presence of widespread fraud.

After resisting the idea of runoff for months, Karzai finally relented and a runoff was scheduled for Nov. 7. Now Abdullah has walked away from the negotiating table.

The CNN report came as President Barack Obama continued deliberations with his key national security strategists and generals over the next steps in Afghanistan.

Obama has been under pressure to add as many as 40,000 troops to the approximately 68,000 U.S. troops already in Afghanistan. The momentum for more troops intensified when an analysis by Gen. Stanley McChrystal, the top American combatant commander, calling for significantly more troops, was leaked.

But Obama is also under pressure from the political left in his own party which opposes the addition of more U.S. troops. Some are even arguing for a U.S. withdrawal.

The failure of talks in Afghanistan that were meant to prepare the way for the Nov. 7 runoff would only complicate matters for Obama.

Update at 6:30 a.m., Oct. 31: From Kabul, NPR's Soraya Sarhaddi Nelson tells us that Abdullah's campaign aides say no decision has been made to boycott the election or to abandon the talks.

Update at 8 a.m. ET, Oct. 31: The Associated Press says it's been told by "two people familiar with the discussions" that Abdullah "plans to boycott next week's runoff."