Accessibility links
First In Chess, Now Sudoku; 'Eugene Varshavsky' Focus Of Cheating Allegations : The Two-Way Who is "Eugene Varshavky" and did he cheat at the sudoku (and chess) championships? 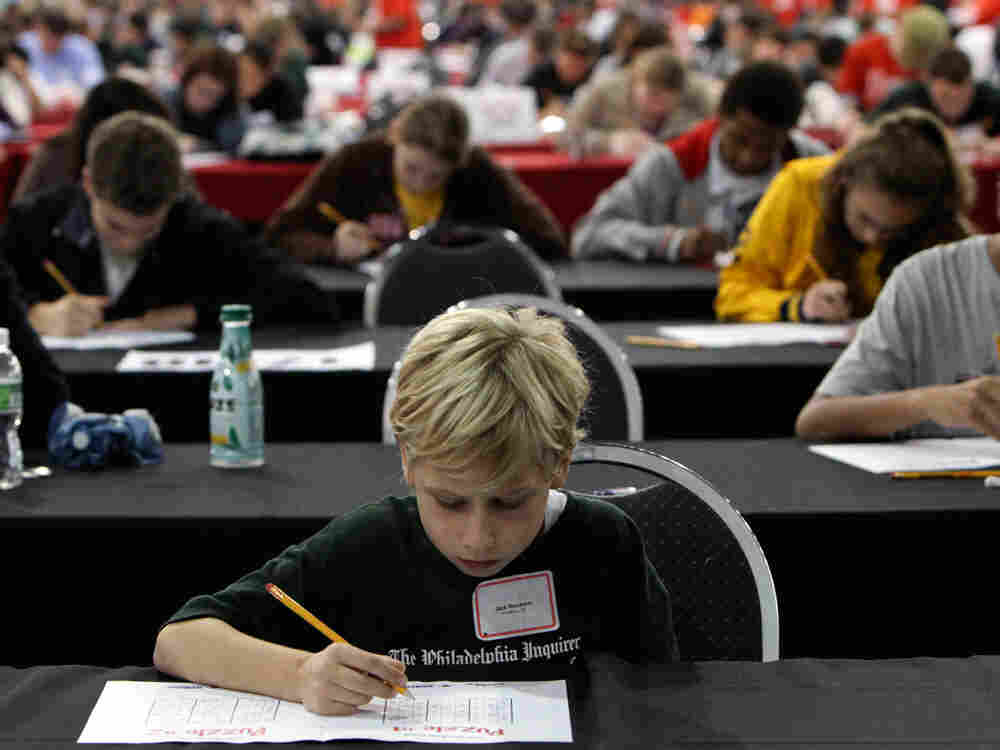 Young Jack Neumann, and others, put their minds to the task. Joseph Kaczmarek/AP hide caption 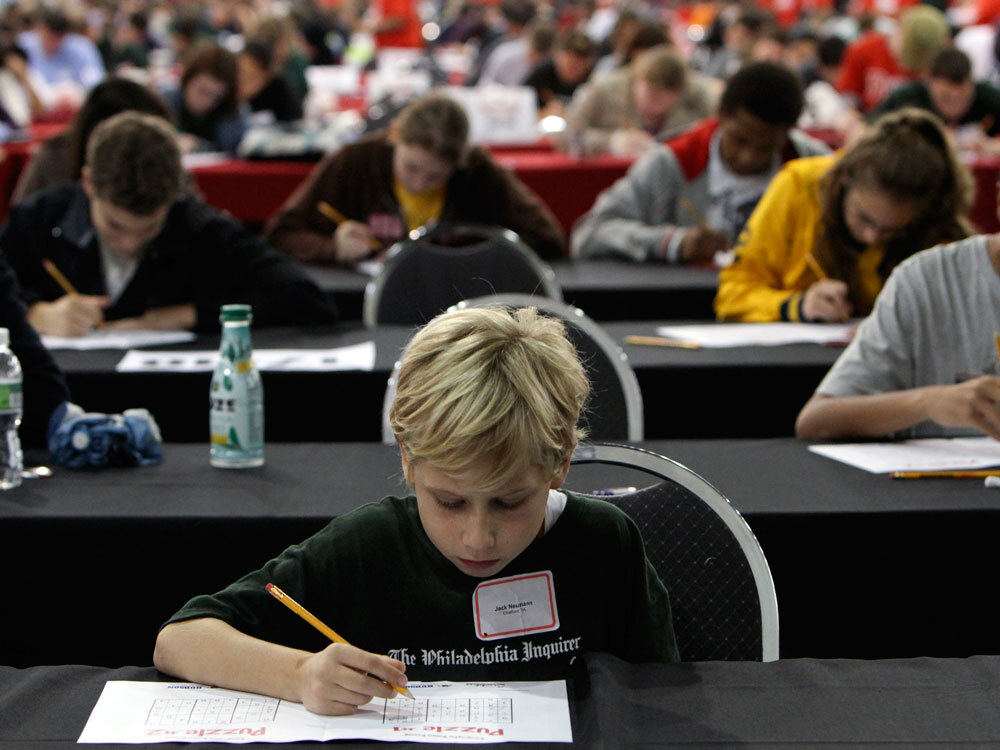 Young Jack Neumann, and others, put their minds to the task.

Any chess or sudoku players out there know a Eugene Varshavsky, who may or may not be from Lawrenceville, N.J.?

Too coincidentally, back in 2006 a "Eugene Varshavsky" drew officials' suspicions at the World Open chess championship in Philadelphia, as The New York Times reported at the time.

In both cases, there's a fear that the person might have had some sort of electronic device through which he was getting help:

At the chess tournament, "Varshavsky" defeated a far higher-rated opponent with moves that matched those that a computer program would have suggested. Before he could be searched, he disappeared into a bathroom stall for about 10 minutes.

At this past weekend's sudoku tournament, "Varshavsky" "blazed through the second round in world-class time," the Inquirer says, but then couldn't figure out the "easy first steps in the championship puzzle." He's described in the Inquirer, by the way, only as "playing in a hooded sweatshirt."

Among those who will be leading the investigation is Weekend Edition puzzle master Will Shortz. He and other tournament officials will be looking at videos, photos and "Varshavsky"'s completed puzzles.

We've added the quotation marks around the name because it's not entirely clear the person is who he says he is -- or even that it was the same person in both cases.

By the way, we contacted the only Eugene Varshavsky with a Philadelphia-area phone listing. The man who answered said he is a Eugene Varshavsky, but not the sudoku-chess mystery man. "I don't know who this guy is," he added.

So, with these clues -- anybody out there able to help figure out who this is?

Will, also well-known as crossword editor for The New York Times says that if someone did want to cheat at a sudoku tournament, they might need a small camera, a cellphone and an accomplice who's at a computer. But all that would only help during the preliminary round, which might explain why "Varshavsky" barely touched the championship puzzle:

And how do you investigate a possible sudoku fraud? Will says he and other tournament officials will be examining the puzzle that "Varshavsky" completed in the preliminary round to see if it has any scratch marks, as most players' would. They will also be looking at videos and photos, and talking with other players:

More from Robert's conversation with Will is due on today's edition of ATC. Click here to find an NPR station near you.

Update at 12:35 p.m. ET, Oct. 28. The Inquirer says all the prizes have been frozen pending the results of the investigation. And, here's the conversation between Robert and Will as aired on ATC: