Accessibility links
Ig Nobel Prize Winners Include Bra That Becomes Gas Masks And More : The Two-Way The Ig Nobel Prizes were awarded Thursday night. They are not to be confused with the Nobel Prizes, the world's most prestigious awards for intellectual achievement, which will be awarded next week in Stockholm. As the name implies, the Ig Nobe... 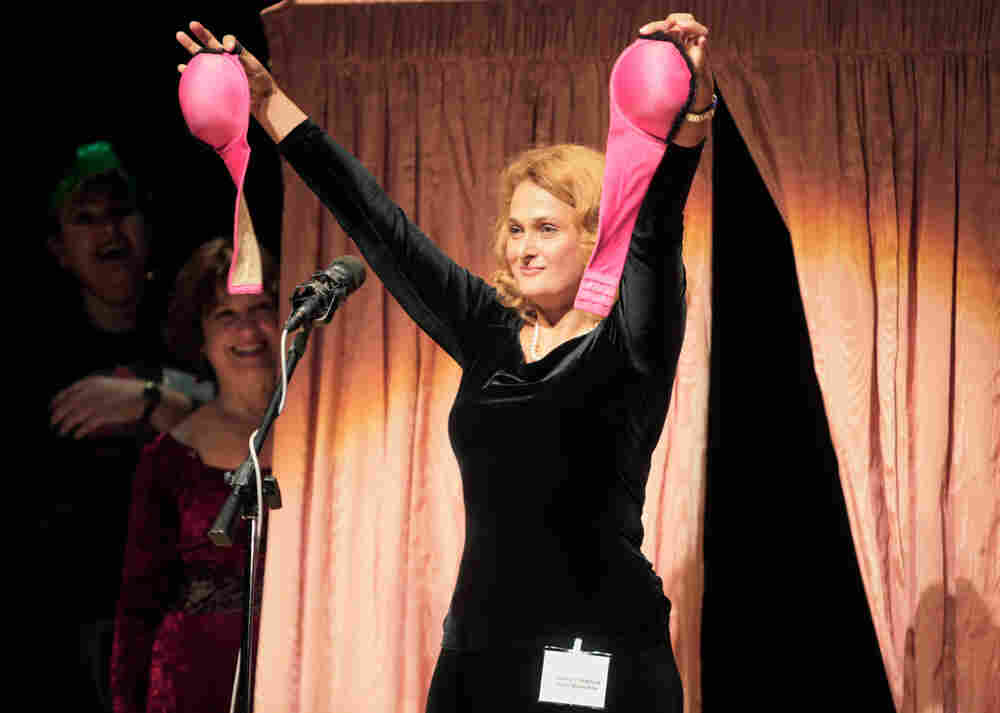 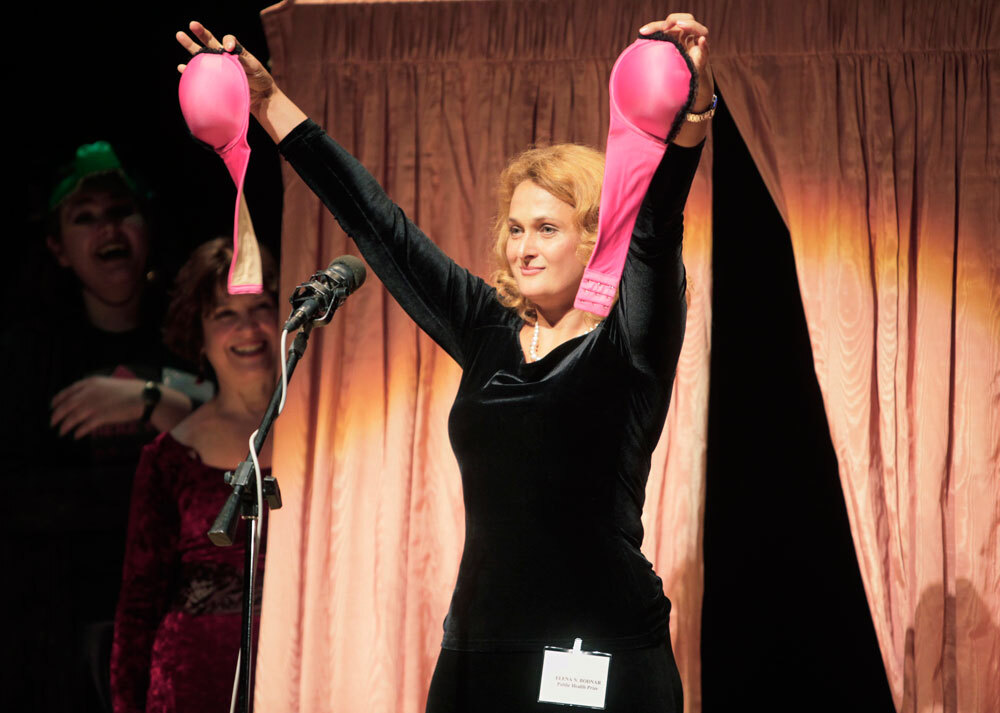 Dr. Elena Bodnar, winner of the Ig Nobel Public Health Prize, displays a bra she designed that converts into a pair of gas masks.

A bra that can be turned into two gas masks. Research into whether it's better to be hit over the head by an empty or full beer bottle.

This is the stuff of the Ig Nobel Prizes which were awarded Thursday night.

They are not to be confused with the Nobel Prizes, the world's most prestigious awards for intellectual achievement, which will be awarded next week in Stockholm.

As the name implies, the Ig Nobel prizes are dubious achievement awards and a spoof of the more famous prizes. They were handed out at Harvard University and actual Nobel laureates, like economist Paul Krugman, were on hand to take part in the now annual send-up sponsored by the Annals of Improbable Research, a science humor magazine. (No, that's not an oxymoron.)

Elena Bodnar, Raphael Lee and Sandra Marijan won in the public health category for "inventing a brassiere than can be converted into a pair of gas
masks."

Here are the rest of the winners, as provided by the Associated Press:

VETERINARY MEDICINE: Catherine Douglas and Peter Rowlinson for
showing that cows with names give more milk than unnamed cows.

PEACE: Stephan Bolliger, Steffen Ross, Lars Oesterhelweg,
Michael Thali and Beat Kneubuehl for investigating whether it is
better to be struck over the head with a full beer bottle or with
an empty beer bottle.

MEDICINE: Donald Unger for cracking just the knuckles on his left hand for 60 years to see if knuckle cracking contributes to arthritis.

LITERATURE: The Irish national police for issuing 50 tickets to
one Prawo Jazdy, which in Polish means "driver's license."

MATHEMATICS: Gideon Gono and the Zimbabwean Reserve Bank for
printing bank notes in denominations from 1 cent, to $100 trillion.

Winners are scheduled to present talks on their research at the Massachusetts Institute of Technology on Saturday.