Accessibility links
Vatican Bashes Halloween And It's Not Alone : The Two-Way Pope Benedict XVI is a man after my own heart, he's no fan of Halloween, although for different reasons than mine.

Vatican Bashes Halloween And It's Not Alone

Vatican Bashes Halloween And It's Not Alone 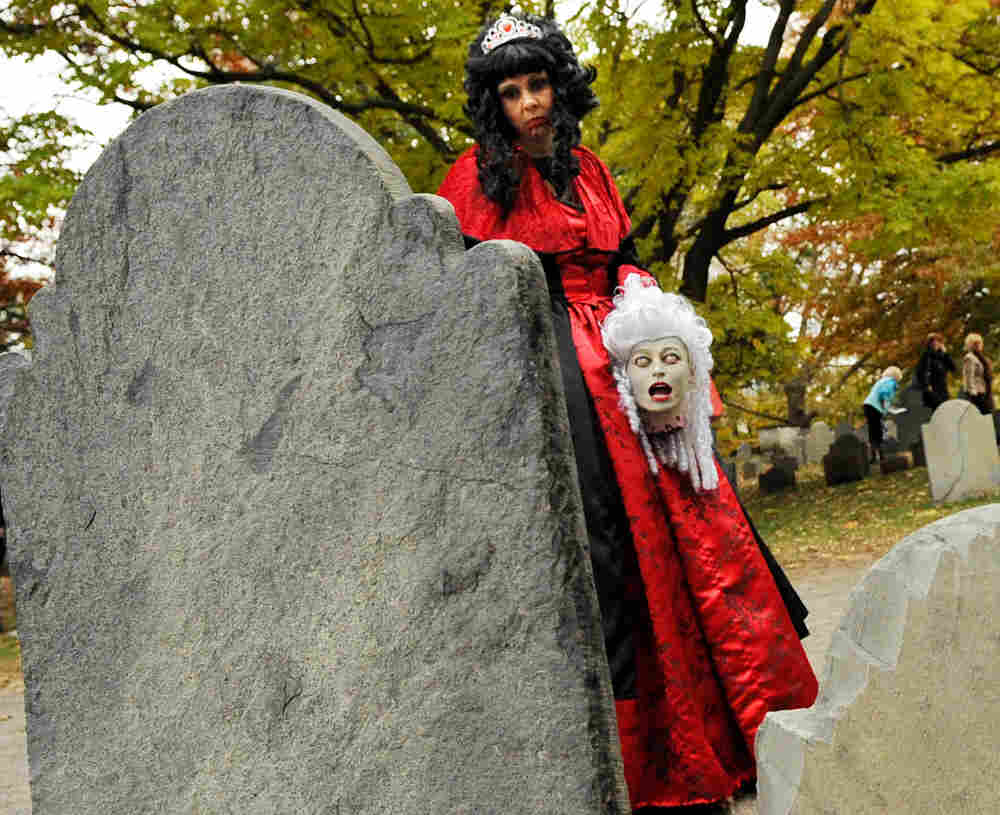 Yet another reason to hate Halloween; people feel the need to visit graveyards in getups like this. Lisa Poole/AP Photo hide caption 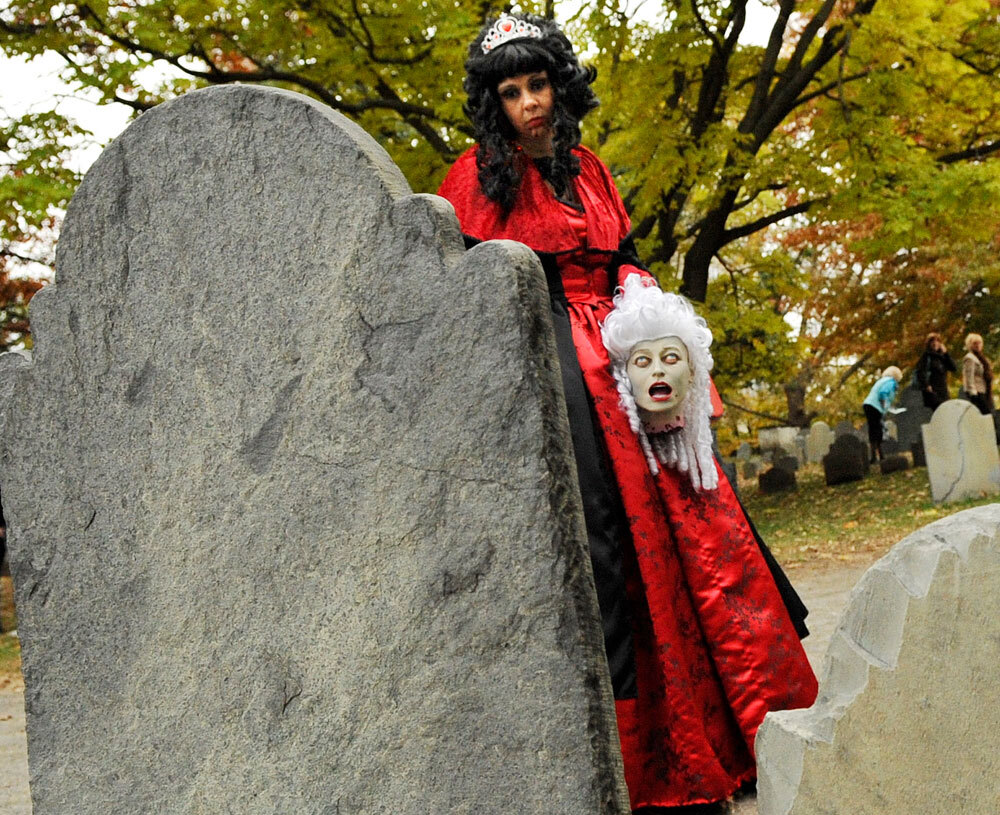 Yet another reason to hate Halloween; people feel the need to visit graveyards in getups like this.

Pope Benedict XVI and his Vatican crew are people after my own heart; they're no fans of Halloween, although for different reasons than mine.

All right, I made that headline up. The newspaper says the actual, less incendiary headline in the Vatican newspaper was "Hallowe'en's Dangerous Messages."

As the Telegraph reports:

The Holy See has warned that parents should not allow their children to dress up as ghosts and ghouls on Saturday, calling Hallowe'en a pagan celebration of "terror, fear and death".

The Roman Catholic Church has become alarmed in recent years by the spread of Hallowe'en traditions from the US to other countries around the world.

As in Britain, it is only in recent years that Italian children have dressed up in costumes, played trick or treat on their neighbours and made lanterns out of hollowed out pumpkins.

The Vatican issued the warning through its official newspaper, L'Osservatore Romano, in an article headlined "Hallowe'en's Dangerous Messages".

The paper quoted a liturgical expert, Joan Maria Canals, who said: "Hallowe'en has an undercurrent of occultism and is absolutely anti-Christian."

Parents should "be aware of this and try to direct the meaning of the feast towards wholesomeness and beauty rather than terror, fear and death," said Father Canals, a member of a Spanish commission on church rites.

Last year a newspaper controlled by the Italian bishops, Avvenire, called for a boycott of Hallowe'en, calling it a "dangerous celebration of horror and the macabre" which could encourage "pitiless [Satanic] sects without scruples".

So the Catholic church's worries arise from the concern that some of the faithful could be led astray by Halloween's focus on the occult.

My loathing of Halloween comes from a different place. In a world where there are plenty of real terrors, from disease to violence to horrible accidents, Halloween seems like a terrible waste of adrenaline and mental energy we should be saving for the real horrors that afflict, at one time or another, every human being.

My friend at the Chicago Tribune, Barbara Brotman, captured that attitude in a recent column about why she hates Halloween.

But it isn't all SpongeBob and fairy princesses out there. It's Freddy Krueger and Chucky. And that's what I really find repugnant about Halloween.

Coincidentally, I am genuinely interested in the non-Halloween versions of Halloweeniana. I love old graveyards, mummies, the anatomy of the human brain and the possibility of a spirit world. Get a serious conversation going, and I'm in.

But I hate the holiday's focus on a horror-movie version of death. I hate the decorations and costumes that revel in violence and decay -- the mummies, the bloody bandages, the skeletons. Not because they're scary -- what's really scary is all those sugared-up children crossing streets in the dark -- but because they're ugly and disgusting.

And to the intent that they are scary, or at least trying to be, that part of Halloween perplexes me, too. I don't like being frightened. Real life can be scary enough, although that may be why some people like Halloween: Compared with being out of work, ghosts might be a relief.

Her last observation probably explains a lot of Halloween's popularity. I've heard and read the theories that Halloween's faux terror, just like horror movies, allows us to objectify the demons that bedevil us so we can ultimately dismiss them or even laugh at them.

Maybe. Still, seeing smoke rising from the Pentagon on 9/11 and having friends and family members die has been scary enough for me. Halloween seems like overkill, so to speak.