Accessibility links
As It Happened: Fort Hood Memorial : The Two-Way A memorial service is held at Fort Hood, Texas, for those killed in last week's shooting spree.

As It Happened: Fort Hood Memorial

As It Happened: Fort Hood Memorial 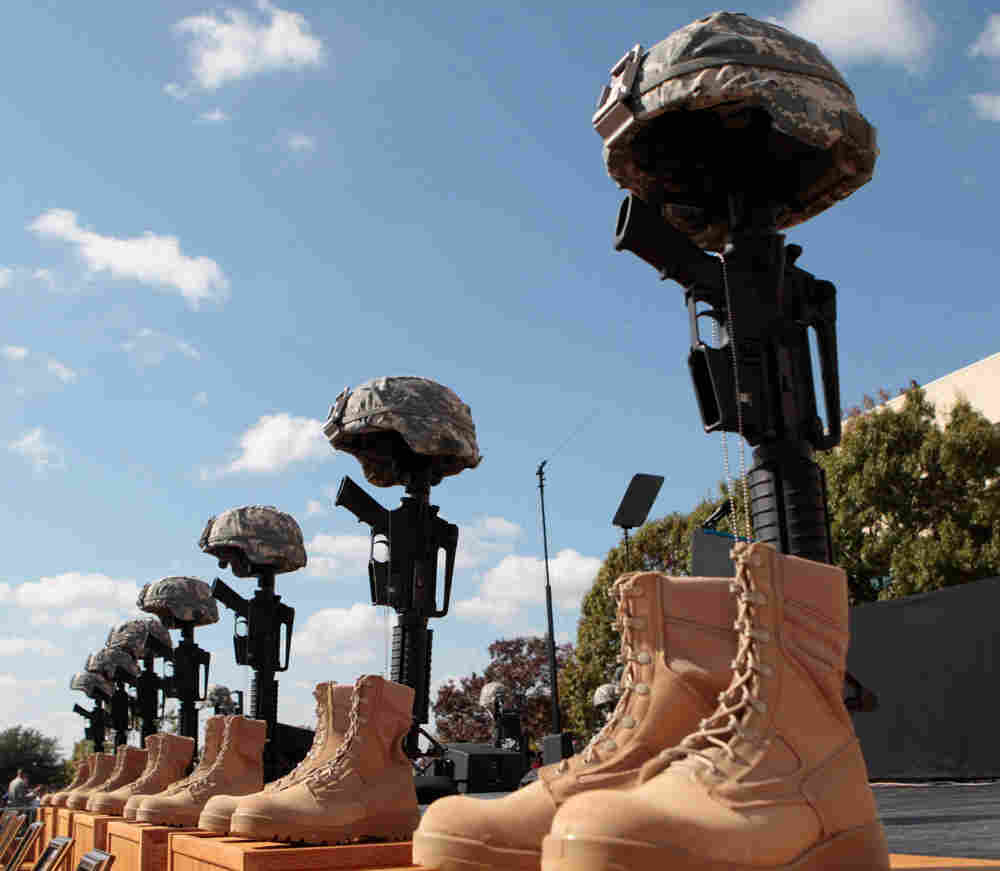 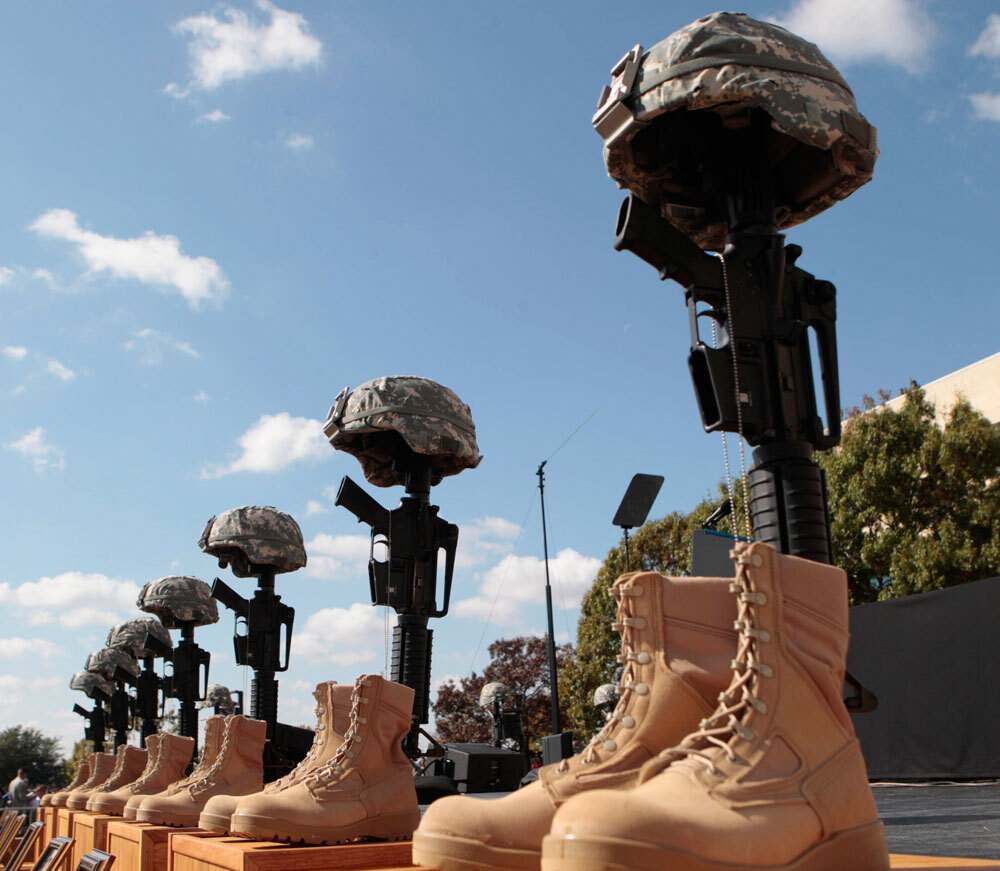 A memorial service was held this afternoon at Fort Hood in Texas, where 13 people were killed and about 40 wounded last Thursday in a shooting rampage. Army Maj. Nidal Hasan, a psychiatrist, is the lone suspect.

Families of the victims, personnel from the post and President Barack Obama and first lady Michelle Obama attended and the president eulogized the fallen.

We live-blogged the service in the box below. Just click the "play" button and our updates should flow in automatically. You can share your thoughts in this post's comments thread. During the service, we won't be posting comments in the "Cover It Live" box -- so that we can concentrate on covering the event. Once the service is over, though, we'll turn on the comments function in the player as well for about 30 minutes, or for as long as the conversation seems to want to continue.

Update at 4:15 p.m. ET: As you can see in our live-blogging, there was a discussion among some Two-Way readers after the service about the coins that the president placed on each memorial to the 13 people killed (12 of whom were soldiers).

White House spokesman Robert Gibbs told reporters a short time ago that those were traditional "challenge" coins that military commanders often give out to their personnel. The president gives them to members of the military he meets.