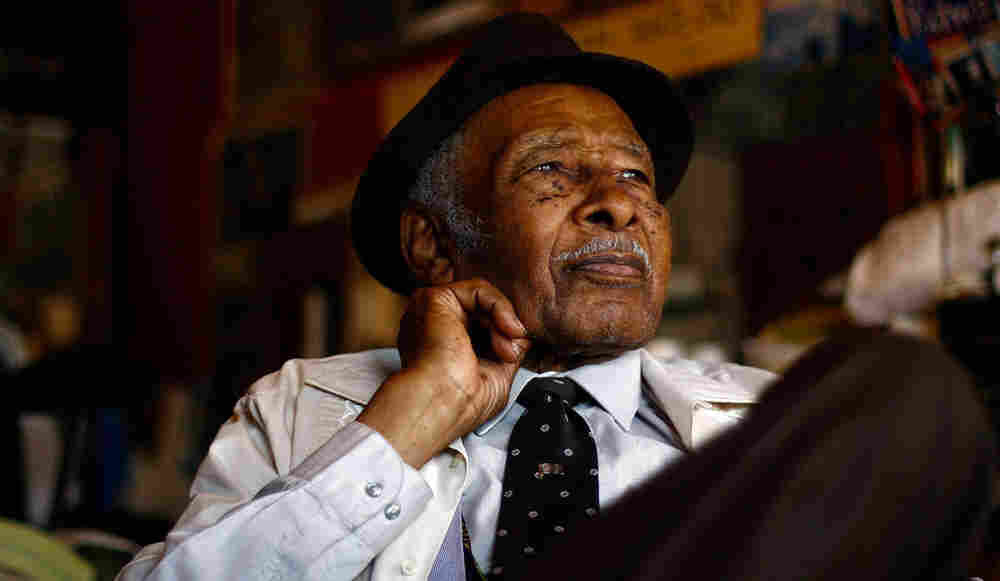 He never let the flag hit the ground.

That's one of the telling lines in stories being told today about James Armstrong, 86, who died yesterday in Birmingham, Ala.

As The Birmingham News writes, it was Armstrong who was carrying the American flag at the head of the 1965 Selma-to-Montgomery voting rights march.

When the hundreds of civil rights activists got to the Edmund Pettus Bridge in Selma on "Bloody Sunday," March 7, 1965, police turned on them. The beatings were brutal.

But Shirley Gavin Floyd, business manager for the Civil Rights Activist Committee in Birmingham, tells the News that though Armstrong went to his knees, "he never did let that flag hit the ground."

And each year on the anniversary of the march, Armstrong carried it again.

As Andrew Yeager of NPR station WBHM in Birmingham reports, Armstrong was an Army veteran and ran a barber shop in Birmingham for more than 50 years. The Rev. Martin Luther King Jr. was among his customers:

On Election Day last year, when the nation elected its first African-American president, NPR photographer David Gilkey followed Armstrong to the polls for a photo/audio report. "If you want a voice. ... If you want to go be better, you have to vote," Armstrong said:

Update at noon ET: NPR's Debbie Elliott adds that Armstrong was active in civil rights most of his life. In Birmingham, she says, "he sued to integrate schools and helped coordinate sit-ins and demonstrations."