Accessibility links
Nearly One In Four U.S. Homes With Mortgages 'Underwater' : The Two-Way Nearly a quarter of the nation's homes are valued for less than the amount their owners owe the banks holding their mortgages, according to a new report.

Nearly One In Four U.S. Homes With Mortgages 'Underwater'

Nearly One In Four U.S. Homes With Mortgages 'Underwater' 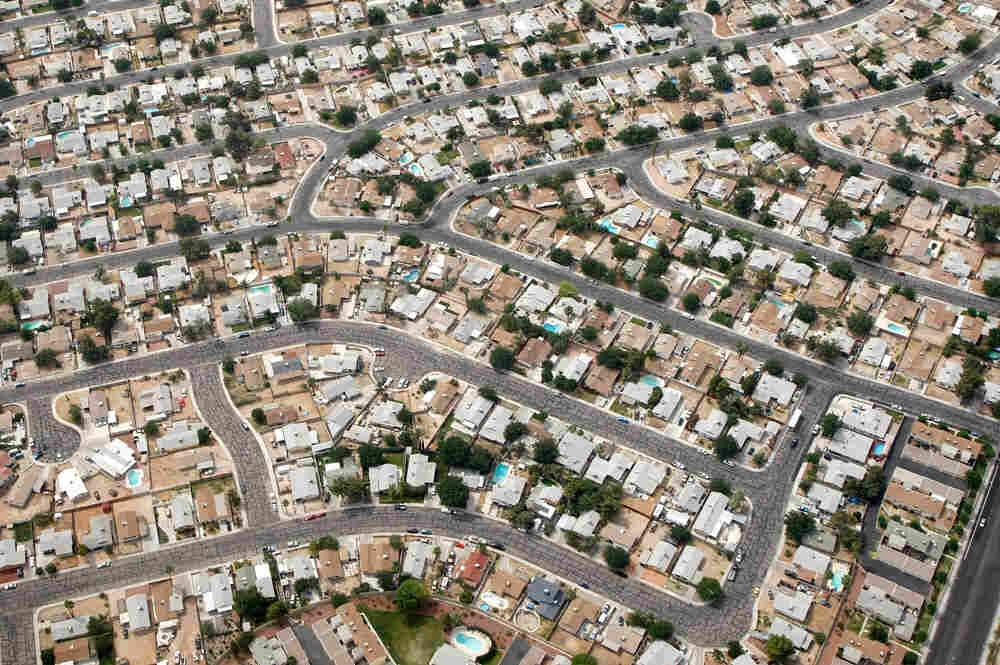 Nearly a quarter of the nation's homes with mortgages are valued for less than the amount their owners owe the banks holding their mortgage loans, according to a depressing new report.

The report by First American CoreLogic indicates that almost 10.7 million, or 23 percent, of all residential properties are "underwater" meaning they have negative equity. (If you want the entire report, you'll have to provide the company with your personal contact information, including your e-mail address.)

Nevada had the highest percentage of underwater homes at 65 percent. (It was 58.2 percent in March.) That 65 percent is just an eye-popping statistic. Since, as First American CoreLogic's report points out, being underwater is typically the precursor to foreclosure, it suggests the foreclosure crisis in Nevada and several other states will only get worst before it gets better.

Arizona was next at 48 percent, followed by Florida, Michigan and Calfornia.

Some of the reports key findings:

The bulk of 'upside down' borrowers, as a group, share certain characteristics. They:

-- Financed their properties between 2005 and 2008, with 2006 being the peak year where 40
percent of borrowers were in negative equity (Figure 5). Negative equity continues to be a
problem even for 2009 originations as evidenced by a negative equity share of 11 percent and
another 5 percent near negative equity.

-- Purchased newly built homes that are concentrated in a small number of states. For homes built between 2006 and 2008, the negative equity share is over 40 percent.

-- Bought less expensive properties. The average value for all properties with a mortgage is $270,200, but properties in negative equity have an average value of $210,300 or 22 percent less (Figure 8). The average mortgage debt for properties in negative in equity was $280,000 and borrowers that were in a negative equity position were upside down by an average of nearly $70,000. The aggregate property value for loans in a negative equity position was $2.2 trillion, which represents the total property value at risk of default, against which there was a total of $2.9 trillion of mortgage debt outstanding.

So much of the average American's financial well-being is tied up in home values, it's hard to see how the economy gets back on track if this underwater condition persists through vast swaths of the nation.

The answer is for home values to rise significantly. But while the S&P Case-Schiller report released today shows home prices rose for the fifth straight month in September, home prices based on a national average are now at autumn 2003 levels, making for six lost years.