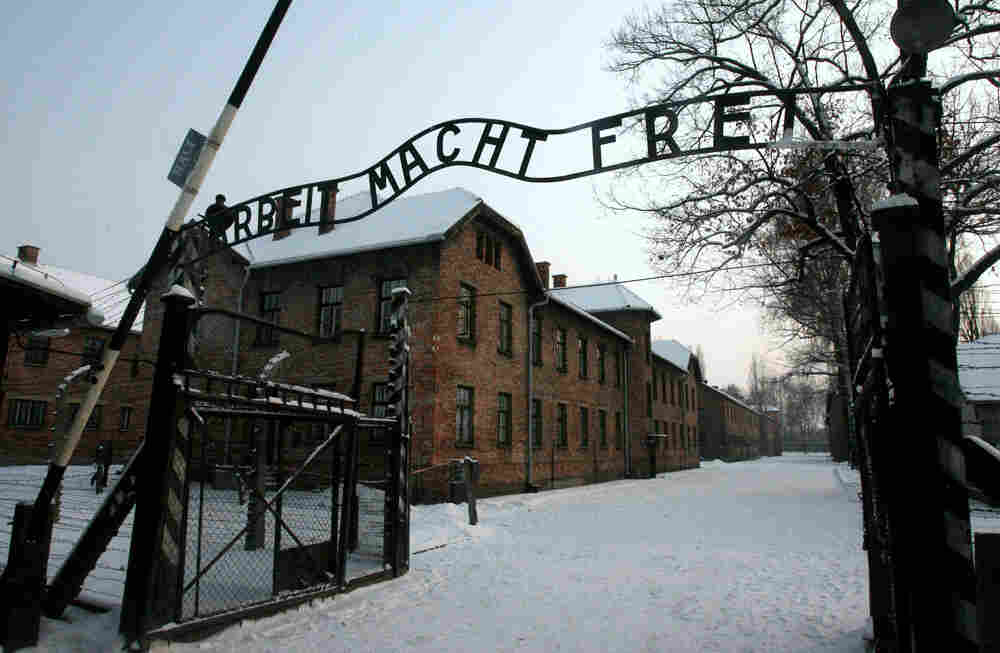 This is a replica. The original will soon be back. Jacek Bednarczyk/AFP/Getty Images hide caption 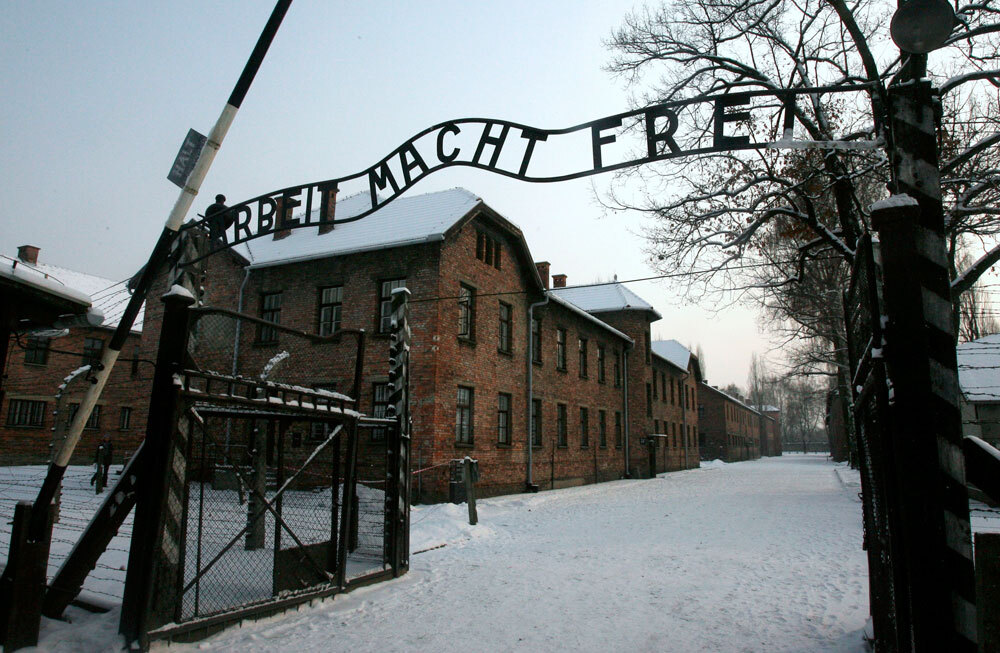 This is a replica. The original will soon be back.

"Polish police found the infamous Arbeit Macht Frei sign that was stolen from the gate of the former Nazi death camp of Auschwitz after an intensive three-day hunt and arrested five suspects, police said early Monday," the Associated Press reports. It adds that "the sign was found cut into three pieces."

As Frank wrote on Friday, the sign (which translates to "work makes you free") "hung over the concentration camp's main gate when the camp was operating as a part of Hitler's Final Solution, and during all the decades since the Holocaust."

According to The Guardian, police do not believe the suspects are neo-Nazis or had political motives. It reports that:

"From the information we have, none of the five belong to a neo-Nazi group nor hold such ideas," Andrzej Rokita, the police commander for the southern Krakow region, said. Rokita refused to be drawn on reports in the Polish press that an unnamed "crazed" collector of Nazi memorabilia could have been behind the crime.

"Robbery and material gain are considered one of the main possible motives, but whether that was done on someone's order will be determined in the process of the investigation," the deputy investigator, Marek Wozniczka, said.

Pawel Sawicki, spokesman for the Auschwitz museum (said) today that he was woken up in the middle of the night to be informed that the sign had been found.

"This is a day of huge relief," he said. "Not just for Poles, or Jews but for everyone the world over who has been moved by the desecration of a symbol of the murder of over one million men, women and children who were murdered by the Nazis.

Officials at the Auschwitz Memorial say a replica sign will remain above the gate until the original can be repaired.