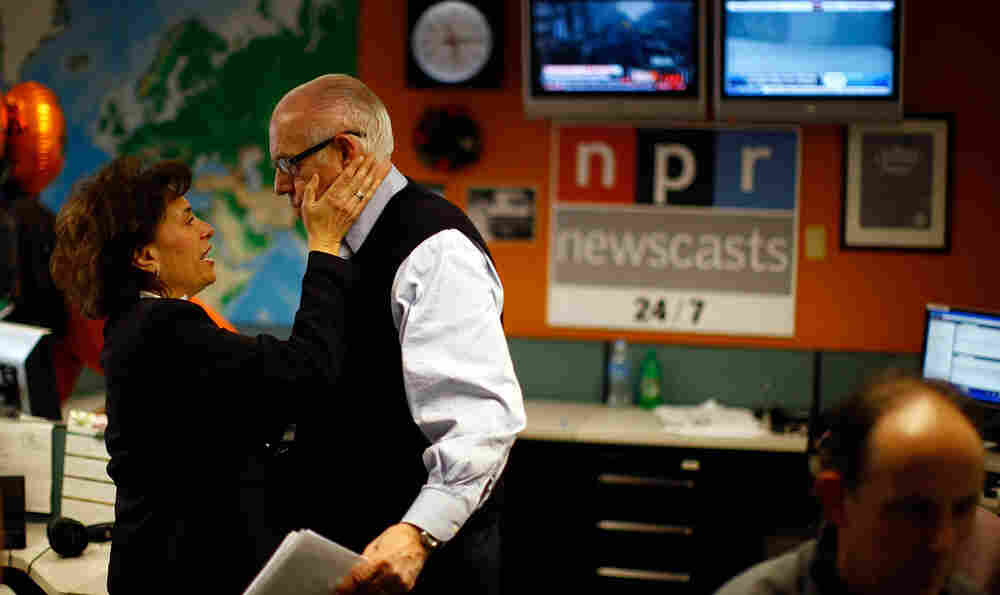 Update at 11:30 a.m. ET. Here is the complete audio of Carl's final newscast:

Because he's beloved by so many and has been such a presence on the air for 30 years, we'll "live-blog" Carl Kasell's final newscast for NPR, which begins at 11 a.m. ET.

Just click the "play" button below and our updates should flow in automatically. Later, we'll add the audio.

And feel free to submit your thoughts. We'll publish as many as we can.

Of course, you can also tune in to an NPR station near you. Click here to find one.