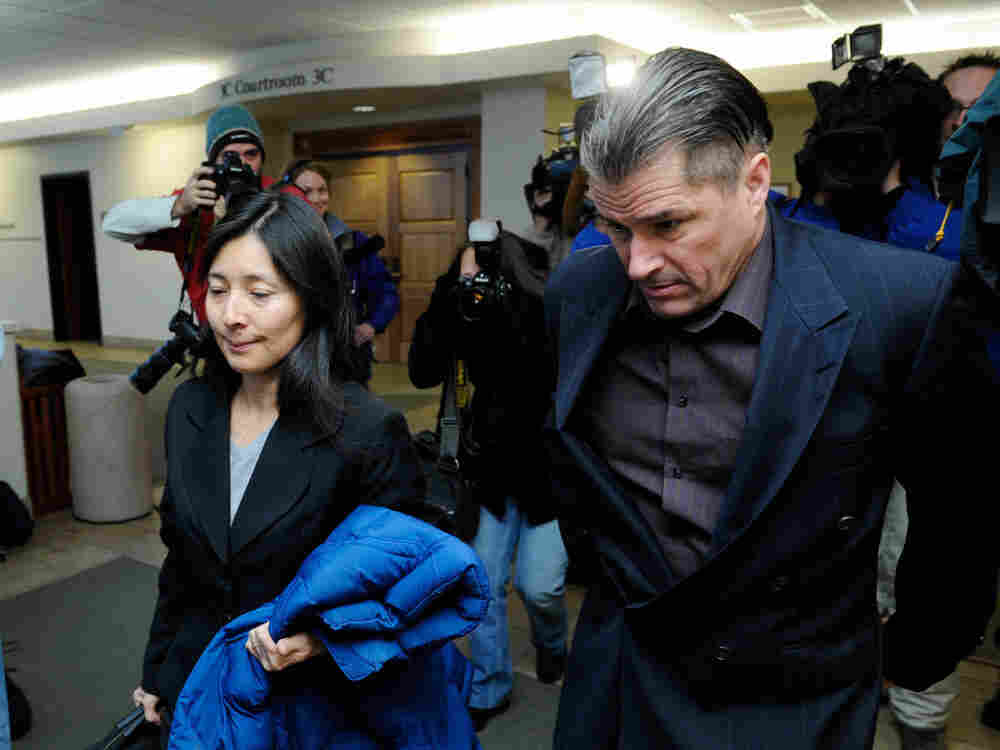 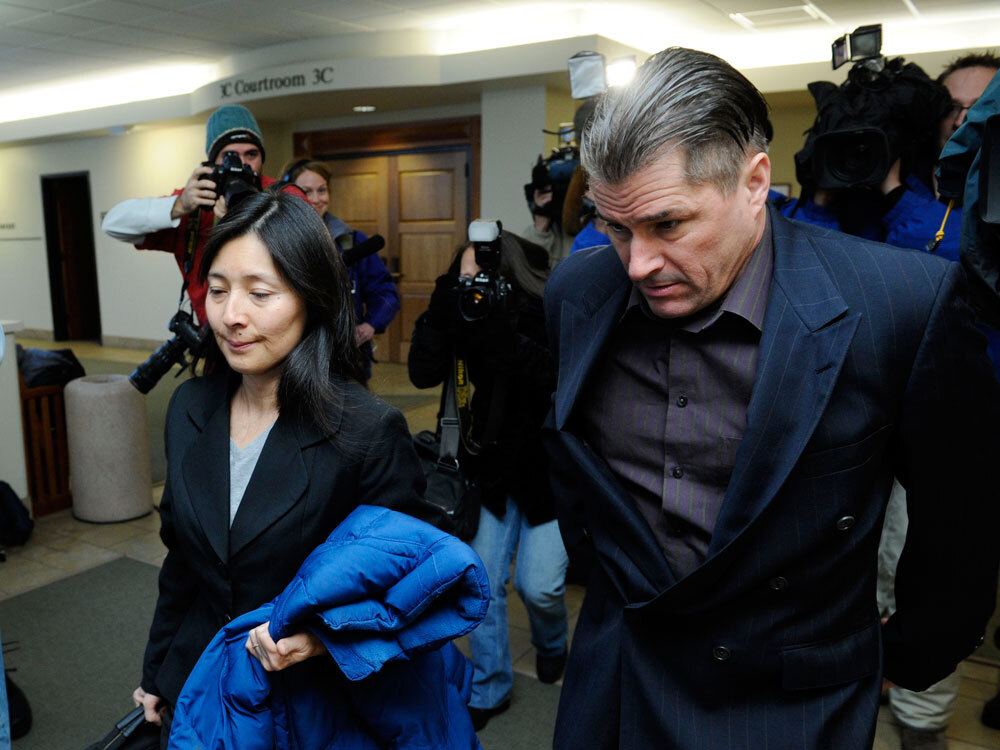 The Heenes arrive for sentencing.

As we reported yesterday, Richard Heene is expected to "beg" the judge not to send his wife to prison.

If you want a refresher on the whole sad story, click here.

Hit your "refresh" button to make sure you're seeing our latest updates from the hearing.

Update at 12:52 p.m. ET: As the Denver Post explains, Mayumi Heene's 20 days of jail time can be "served through a program that allows her to perform jail-supervised community service a couple days a week and return home at night."

So, both parents get four years of probation. Richard Heene also got a 90-day jail sentence. For 60 of those days, he can work and then report back to the jail at night. And as we just said, Mayumi Heene's 20 days of "jail time" does not require her to spend the nights there. That way, she can return home to help care for the couple's three boys.

And they face tens of thousands of dollars in restitution they'll have to pay.

We wonder what you think:

Update at 12:35 p.m. ET: It's also important to note that the Heenes will have to pay restitution for the various costs that the stunt imposed on local authorities and others. As we reported earlier, the prosecutor estimates those total more than $50,000.

Update at 12:30 p.m. ET: FOUR YEARS OF SUPERVISED PROBATION AND 20 DAYS OF JAIL TIME FOR MAYUMI HEENE, Judge Stephen Schapanski just ordered. The jail time will not begin until Richard Heene's has ended.

She also will have to perform 120 hours of community service.

Update at 12:15 p.m. ET: The court is now turning to sentencing of Mayumi Heene. Prosecutor Andy Lewis wants her to get four years probation and 30 days in jail -- served on nights and weekends after her husband's time in jail is finished.

Thirty days of that will be "straight" time. Sixty days can be on "work release," so that Heene can be employed during the day and then return to jail for the nights.

The judge says Heene does not have to begin serving his time until after Christmas -- starting Jan. 11.

And, "Mr. Heene is in fact prohibited from receiving any form of financial benefit" from the hoax. Also, he has to do 100 hours of community service each of the four years.

Update at 11:52 a.m. ET: Judge Stephen Schapanski is speaking. "This, in simple terms, was an elaborate hoax," he just said of the whole incident.

"I'm very, very sorry and I want to apologize ... to all the rescue workers out there and the people that got involved," a choked-up Richard Heene just told Judge Stephen Schapanski.

Just before that, defense attorney David Lane said he believes Richard Heene should be sentenced to probation -- and that if jail time is required, he should be allowed to serve it on weekends so that he can work as a contractor on other days.

"Do not send his wife to jail, that is his plea," Lane added. "That would be something of a Christmas miracle."

Update at 11:35 a.m. ET: Defense attorney David Lane is making the case that Richard Heene has "not only expressed remorse ... he has accepted responsibility, totally and completely."

"The truth is that Richard Heene is to blame for this and not Mayumi Heene," Lane just said.

The attorney does indeed appear to be urging the court not to send Mayumi to jail, and to punish only Richard for the crimes.

Orson Welles wasn't sent to jail for scaring the nation with his 1938 War of the Worlds radio broadcast, Lane added.

Update at 11:25 a.m. ET: Prosecutor Andy Lewis is laying out the facts of the case.

Of Richard Heene, Lewis just said: "He never did admit that this was a hoax." Mayumi Heene, according to Lewis, did admit it was all a stunt.

And their actions cost the state and local authorities at least $50,000, Lewis added.

"It is appropriate that he receive a jail sentence" of at least 90 days, Lewis said of Richard Heene.

Update at 11 a.m. ET: As you can see on the webcast, the proceeding has begun.