Accessibility links
GM CEO Fritz Henderson Resigns; Chair Ed Whitacre To Be Interim Head : The Two-Way In a move that was a surprise, at least to people without an intimate knowledge of internal dynamics of GM's leadership, the automaker announced Tuesday that its CEO, Fritz Henderson, resigned. Ed Whitacre, the automaker's chairman said he would s... 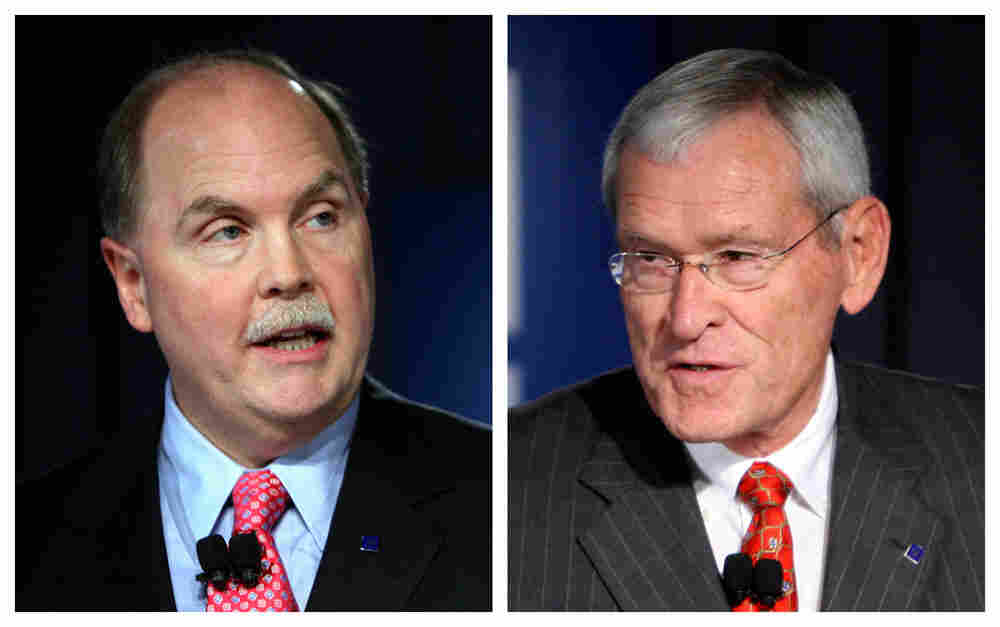 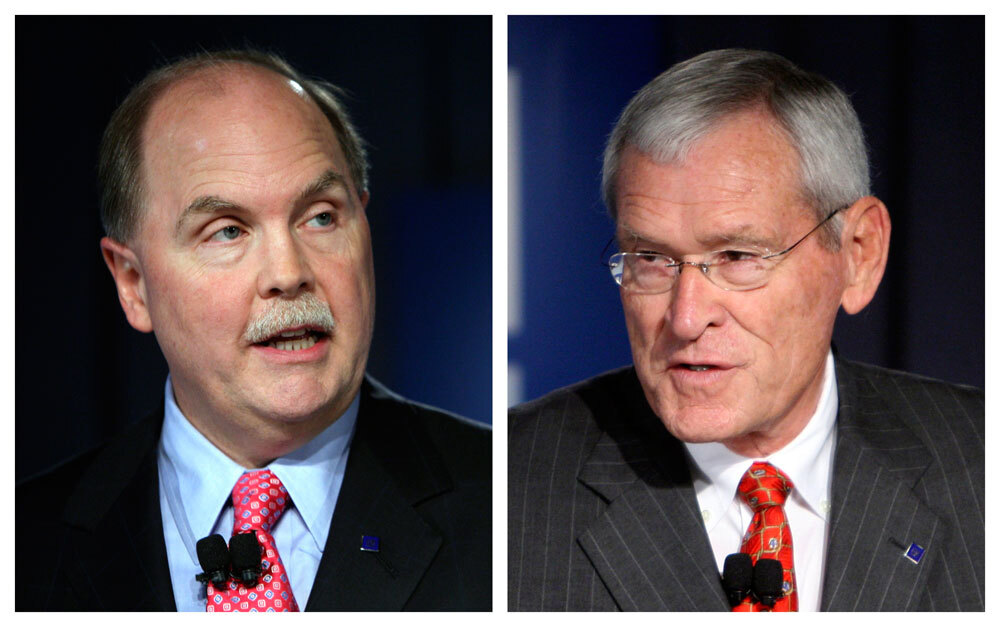 In a move that was a surprise, at least to people without an intimate knowledge of internal dynamics of GM's leadership, the automaker announced Tuesday that its CEO, Fritz Henderson, resigned.

Ed Whitacre, the automaker's chairman said he would serve as interim chairman until a replacement for Henderson is found.

Henderson's departure is the second by a GM CEO in 2009. Rick Wagoner was forced out earlier this year when the Obama Administration demanded a new leader in exchange for the billions of dollars of federal taxpayer money the beleaguered auto giant received as part of a controversial bailout.

Whitacre said he wanted to reassure all GM's stakeholders, it's unionized workers and dealers, that the company's "business operations would continue as normal."

You know I remain more convinced than ever that our company is on the right path and that we will continue to be a leader in offering the worldwide buying public the highest quality, highest value cars and trucks. But we now need to accelerate our progress toward that goal which means the return to profitability and repaying the American and Canadian taxpayers as soon as possible.

The Detroit Free Press's Freep.com site is reporting a few interesting things. One is that the Obama Administration had considered jettisoning Henderson the same time it got rid of Wagoner but reconsidered because of the time it would take to find a new CEO.

It's also reporting that Whitacre has a reputation as a very difficult boss. So Henderson's exit may have something to do with that dynamic.

Gerald Meyers, a professor at the University of Michigan School of Business, has known Whitacre for years. Meyers described him as a demanding boss who "takes no prisoners."

Henderson, Meyers said, "didn't stand a chance with Ed as his boss. If it was Jesus Christ, he would have bowled him over."

The White House wanted it known that its hands are clean on this one. Reuters reports the following:

WASHINGTON, Dec 1 (Reuters) - The White House said on Tuesday it was not involved in a decision by General Motors Co's board of directors to fire Chief Executive Fritz Henderson.

"This decision was made by the Board of Directors alone. The Administration was not involved in the decision," a White House spokeswoman said.