Accessibility links
Unemployment Cure Could Lie In Job Sharing : The Two-Way As participants in a White House jobs summit toss around ideas about reducing unemployment, they may want to look to Germany for a possible answer -- job sharing. Germany subsidizes employers to keep workers on the payroll by reducing hours and wa... 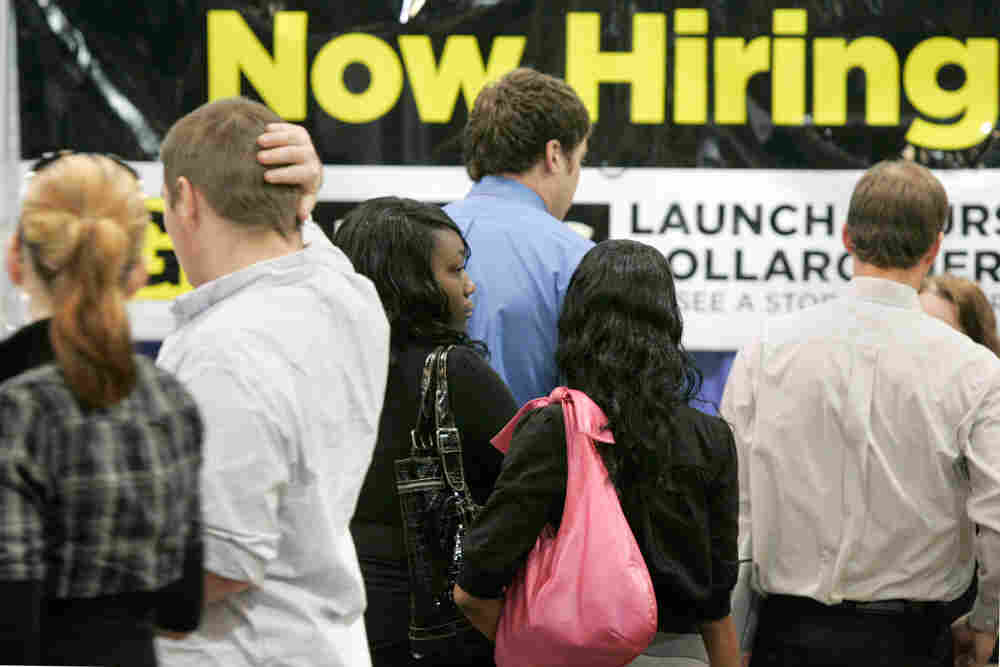 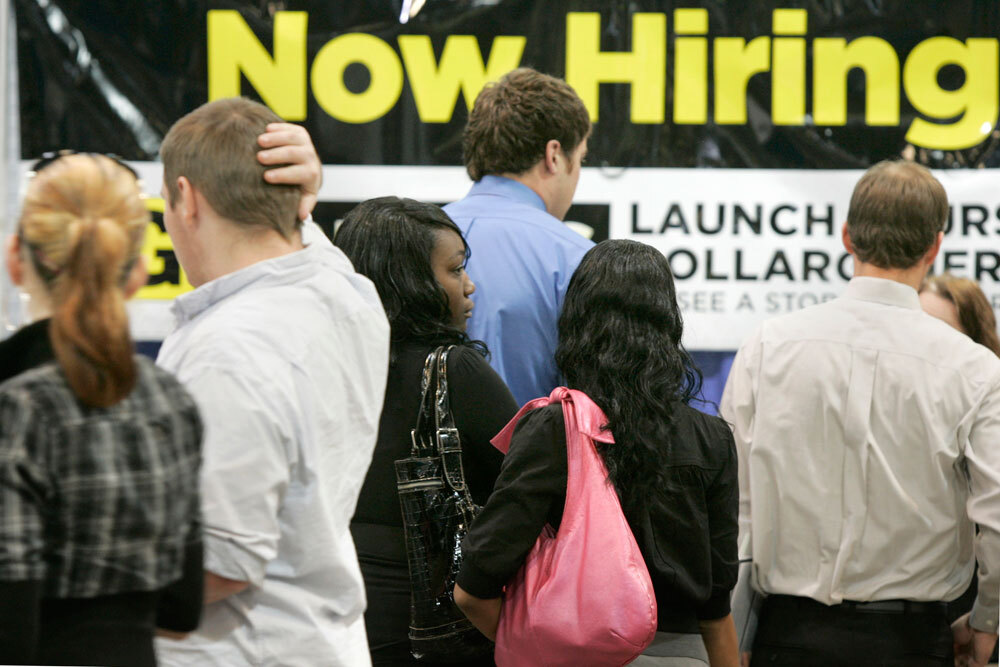 As President Barack Obama and the participants in his White House jobs summit on Thursday toss around ideas about reducing unemployment, they may want to look to Germany for a possible answer -- job sharing.

To avoid layoffs, the German government subsidizes employers to keep workers on the payroll by reducing their hours and wages. It's an idea that both conservatives and liberals see merit in.

Kevin Hassett, director of economic policy at the conservative American Enterprise Institute, and a fan of the idea explained the concept recently on Bloomberg.com:

..Firms that face a temporary decrease in demand avoid shedding employees by cutting hours instead. If hours and wages are reduced by 10 percent or more, the government pays workers 60 percent of their lost salary. This encourages firms to use across-the-board reductions of hours instead of layoffs.

Here's how the program works.

A firm facing the challenges of the recession cuts Angela's hours from 35 to 25 per week, thus reducing her weekly salary to 714 euros from 1,000 euros. Angela does not work for the firm during those hours. As part of its short-work program, the government now pays Angela 171 euros -- 60 percent of her lost salary. Most important, she still has a job. Effectively, the government is giving her unemployment insurance for the 10 hours a week that she is not employed.

The economic argument in favor of such a policy is powerful.

When a recession strikes, firms are faced with a dilemma: sales and profits are down, and many workers are idle. But finding skilled workers is costly and time-consuming, involving large fixed costs. If a firm fires workers, it may incur large hiring and training costs when the recession ends and sales turn back up. Thus, a firm would prefer, all else equal, to hoard labor during a recession.

Firms might well prefer to respond to a 20 percent cut in sales by reducing everyone's work by 20 percent. That way, employees remain part of the firm, and ramping up production is less costly down the road.

A number of factors discourage American firms from making that choice. The biggest is government policy. If a firm lays off workers, the government mails the unemployed a check. If the firm reduces work-hours, there is no government assistance, and employees are left to face the entire decrease in wages on their own.

Hassett later points out that a German-style, job-sharing subsidy scheme would also be much less expensive than the U.S.'s current approach of doling out unemployment benefits.

Because of this program, Germany reportedly didn't lose a single full-time auto-manufacturing job through June 1, 2009.

The program has proven so successful that German Chancellor Angela Merkel is extending it.

Government backed job-sharing doesn't appear to be high on the Obama Administration and Congress's agenda. Maybe it should be.