Update at 12:15 p.m. ET: Clips of the implosion are starting to show up on YouTube, including this one from Fox News Channel:

Update at 10:04 a.m. ET: With a boom and a big cloud of dust and debris, the 2,800-foot bridge across Lake Champlain between Crown Point, N.Y., and Addison, Vt., just came down -- live on the Web, thanks to the New York State Department of Transportation.

Here's our original post, with more on the story:

If you like to see things be -- safely -- blown up, then you're in for some fun this morning.

As our friends Martha Foley and Brian Mann of North Country Public Radio explained this morning, the dangerous span that crosses Lake Champlain is scheduled to be brought down by a series of controlled explosions. Brian says there's going to be a "flash of light ... a very loud bang" and then the 80-year-old, 2,800-foot long bridge should drop into lake:

Provided that the snow Brian says is falling isn't too thick, we all should be able to watch this happen. The New York State Department of Transportation plans to webcast the demolition here.

The span has to come down because engineers say it isn't safe anymore. It's going to take about two years to build a replacement. That means the 3,400 vehicles that used the bridge each day must either take ferries or go on detours of up to 100 miles.

We'll update this post as soon as the bridge goes splash.

And here's the "before" picture: 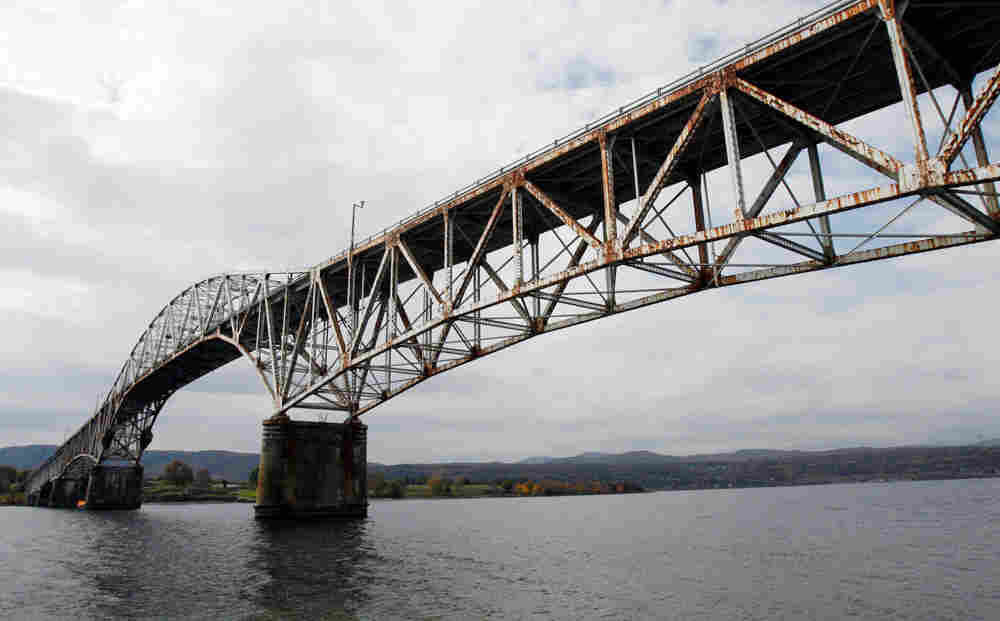 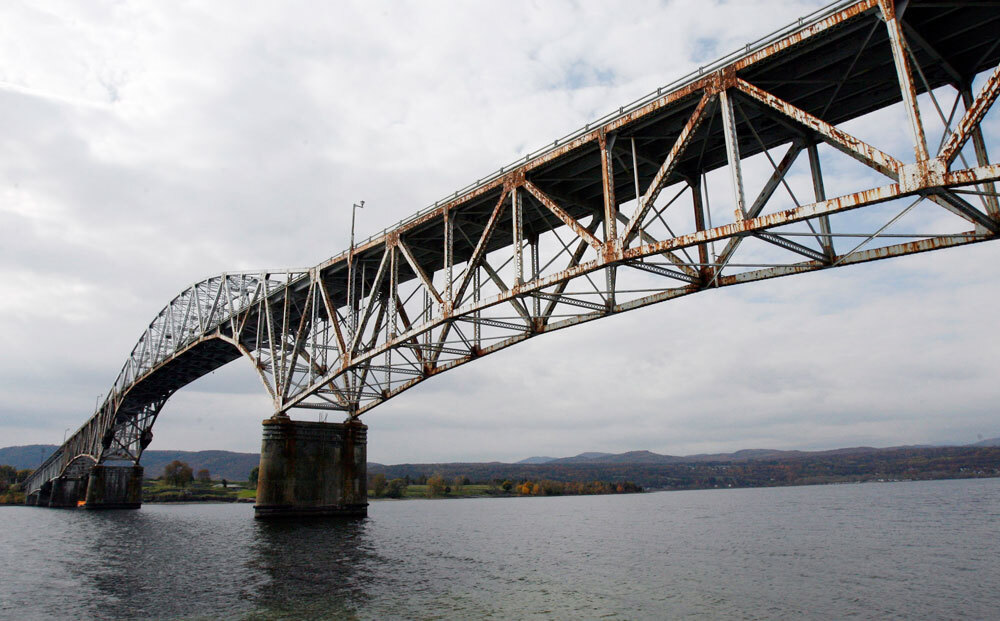 Soon to be gone.