Accessibility links
NIH OKs First Human Embryonic Stem Cells Under New Rules : The Two-Way The National Institutes of Health on Wednesday announced the first 13 human embryonic stem cell lines to be approved for use in federally funded scientific research, the result of President Barack Obama lifting his predecessor's ban on the use of ... 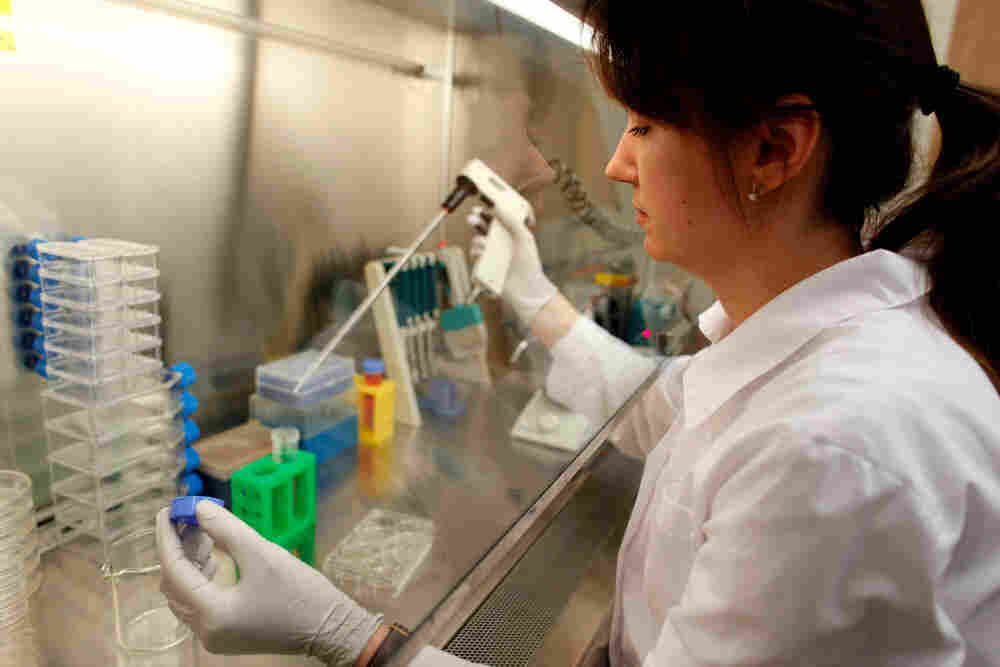 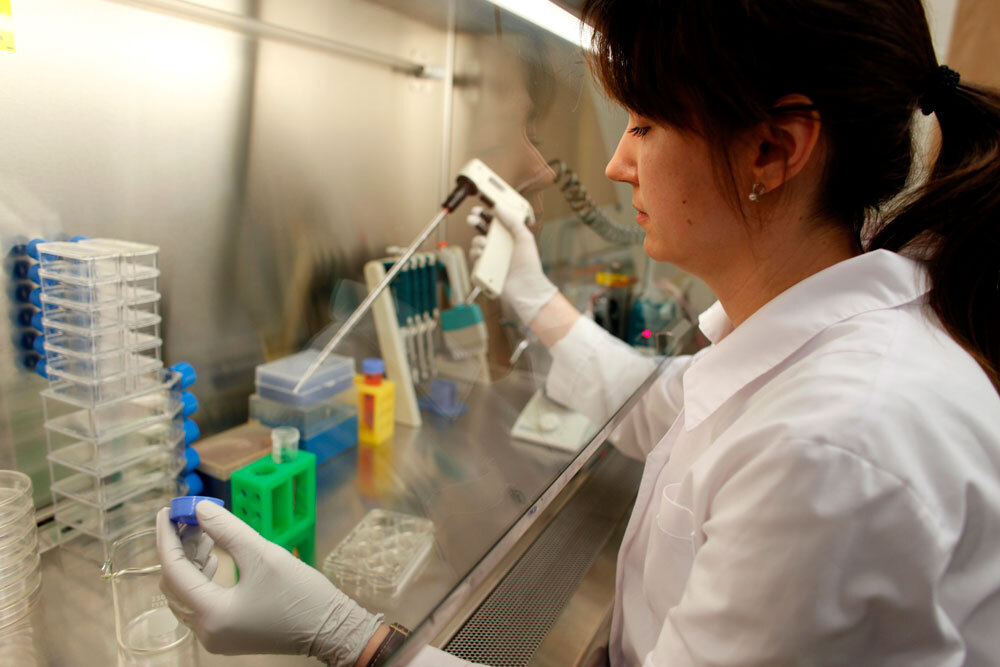 A researcher prepares stem cells for culture at the Wisconsin National Primate Research Center at University Wisconsin-Madison in March 2009.

The National Institutes of Health on Wednesday announced the first 13 human embryonic stem cell lines to be approved for use in federally funded scientific research under new rules resulting from President Barack Obama's lifting of his predecessor's ban on the use of additional human embryo cell lines.

"I am happy to say that we now have human embryonic stem cell lines eligible for use by our research community under our new stem cell policy," Dr. Collins said. "In accordance with the guidelines, these stem cell lines were derived from embryos that were donated under ethically sound informed consent processes. More lines are under review now, and we anticipate continuing to expand this list of responsibly derived lines eligible for NIH funding."

Eleven of the new lines were developed at Children's Hospital, Boston, the remaining two at Rockefeller University in New York City. The NIH said 96 more lines are under review for use.

In August 2001, President Bush as a conservative opposed to abortion, blocked federal funding on research involving additional human stem cell lines. Many abortion foes have opposed the use of human embryonic stem cells in research because obtaining the cells requires the destruction of the embryos.

Bush's ban received bipartisan criticism from those who argued that his action would make it more difficult for researchers to find cures to diseases and disabilities that affect millions, conditions where therapies derived from stem cells could be important, like many genetic diseases, juvenile diabetes, Parkinson's, Alzheimers and spinal cord injuries.

The beauty of embryonic stem cells to researchers is that they are pluripotent, meaning they can be induced into becoming different kinds of cells. They can also regenerate indefinitely.

In March, Obama reversed Bush's policy but with reassurances that the federal government would fund only embryonic stem cells obtained according to ethical guidelines. Wednesday's NIH decision puts Obama's policy decision into practice.