Accessibility links
Pa. Teens Charged With Hate Crimes In Hispanic Immigrant's Death : The Two-Way Two white teenagers from the Shenandoah, Pa.-area were indicted by a federal grand jury on hate-crime charges related to the beating death of a Hispanic immigrant 17 months ago while four police officers were charged with obstructing justice in th... 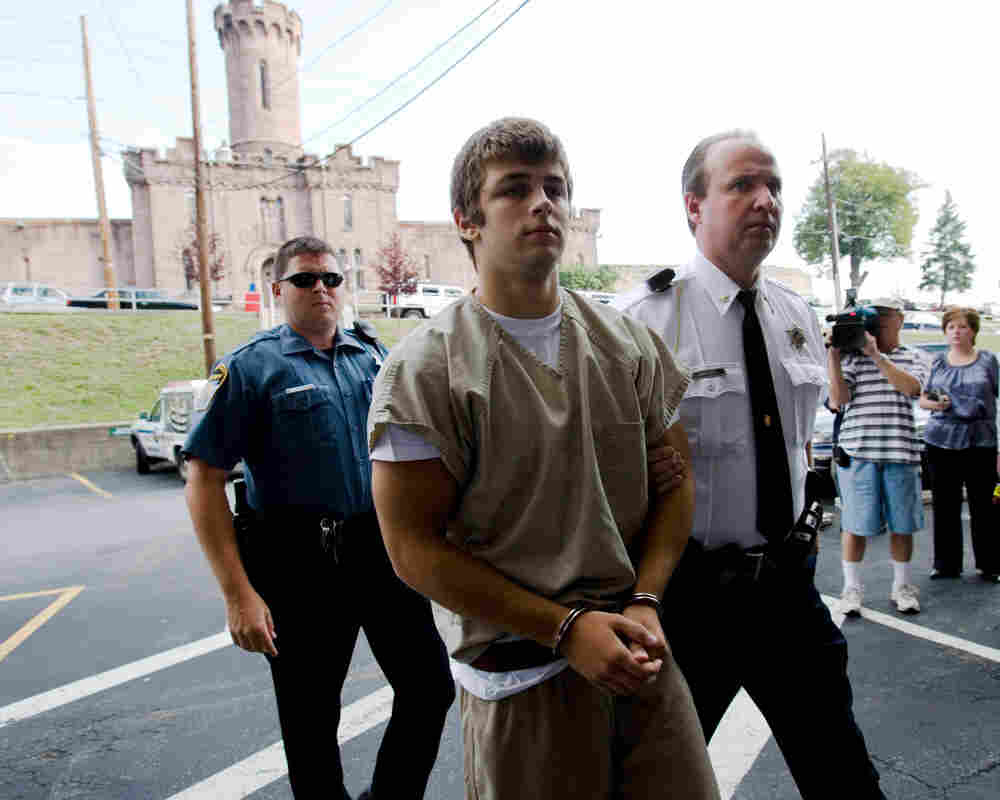 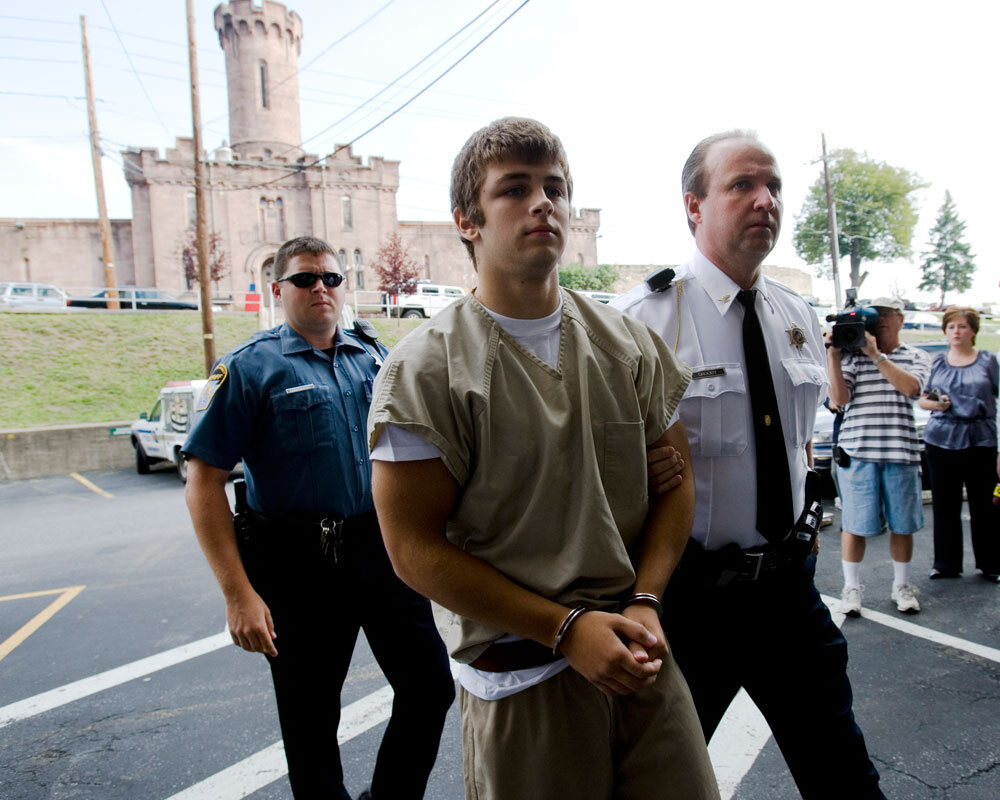 Brandon Piekarsky is escorted into the Schuylkill County Courthouse in Pottsville, Pa. in Aug. 18, 2008.

Two white teenagers from the Shenandoah, Pa.-area were indicted by a federal grand jury on hate-crime charges related to the beating death of a Hispanic immigrant 17 months ago while four police officers were charged with obstructing justice in the investigation of the case and of breaking the law in unrelated matters.

The charges are related to the death in July 2008 of Eduardo Ramirez Zavala. Teenagers Brandon Piekarsky and Derrick Donchak were acquitted earlier this year of aggravated assault charges related to Zavala's death but they are currently in jail on other charges.

A local newspaper, the Republican Herald, has followed the case closely. It reports:

The teens, Brandon Piekarsky and Derrick Donchak, face federal hate crimes charges and a maximum penalty of life in prison, according to the Department of Justice. Both were acquitted of aggravated assault, ethnic intimidation and other charges in connection with Ramirez's death after a five-day trial, which ended May 1.

Both are now in county prison after being convicted of simple assault and alcohol-related charges. Piekarsky is scheduled to be released Thursday after being granted parole Dec. 8, according to the county clerk of courts office. No release date has been set for Donchak.

Federal authorities Tuesday also charged Shenandoah Police Chief Matthew Nestor, Lt. William Moyer and Officer Jason Hayes with conspiring to obstruct justice. Moyer has also been charged with witness and evidence tampering and lying to the FBI, according to authorities.

Each officer faces up to 20 years in prison on obstruction charges and five years for conspiring to obstruct justice. Moyer also faces five additional years for making false statements to the FBI.

During the trial, prosecutors alleged Moyer and Hayes helped Piekarsky, Donchak and other teens involved concoct a story and cover up what really happened the night Ramirez was beaten.

Hayes allegedly told the teens to get their story straight and gave them car rides from the scene of the crime, according to testimony during the trial.

"We're gratified, but not surprised," Cynthia Valenzuela, litigation director for the Mexican American Legal Defense and Education Fund, said Tuesday of the indictments. "We've been well aware of the string of injustices" surrounding the case.

The FBI investigation also uncovered alleged extortion and civil rights violations by police dating back to 2004.

Nestor and Capt. Jamie Gennarini allegedly conspired to collect cash payouts from illegal gambling operations in the Shenandoah area. They also allegedly tried to extort $2,000 in cash from a local businessman and his family in 2007 in exchange for releasing the businessman from custody.