Accessibility links
State Dept's Afghan Anti-Drug Effort Flawed: Watchdog : The Two-Way When it comes to its counternarcotics efforts in Afghanistan, the State Department's activities, while well-intentioned, leave a lot to be desired, according to a new report from the department's inspector general. 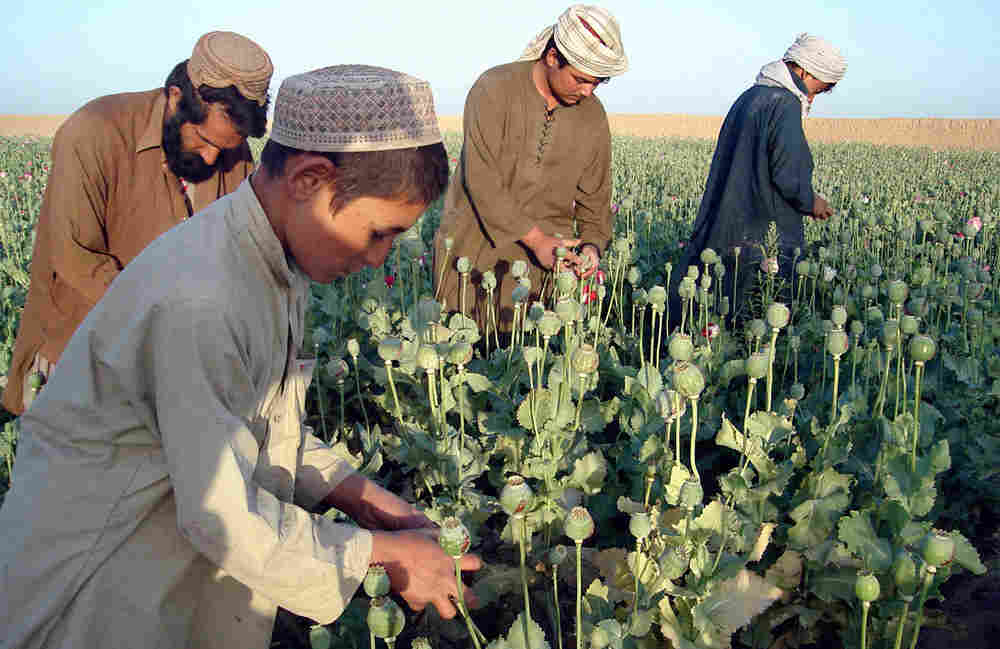 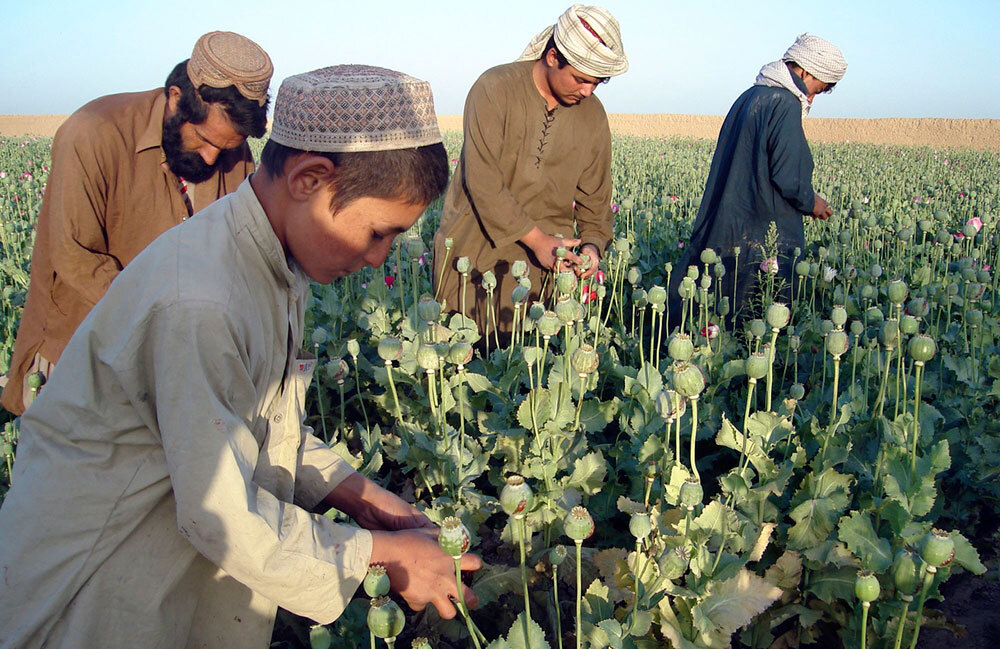 When it comes to its counternarcotics efforts in Afghanistan, the State Department's activities, while well-intentioned, leave a lot to be desired, according to a new report from the department's inspector general.

The Department has not clarified an end state for counternarcotics efforts, engaged in long-term planning, or established performance measures for its multipillared approach to counter poppy cultivation and the resultant illegal narcotics industry. 2 This approach, which involves significant funding, several U.S. Government agencies, and the Afghan Government, includes programs to:

Many individuals involved in counternarcotics endeavors believe that eradication is an essential aspect of strategy. Despite this consensus, in mid-2009, a decision was made to move away from poppy crop eradication efforts, and shift concentration and funding toward interdiction and alternative development....

At the same time, the U.S. military, recognizing that the illicit narcotics industry has helped fund the insurgency in Afghanistan, began to engage more heavily in counternarcotics activities to break this connection. OIG believes this increased military involvement will decidedly affect the scale of the Department's counternarcotics program as well as its overall role. Further, although the Department is planning new counternarcotics actions, OIG concludes that there is no agreement on appropriate roles for either civilian agencies or the U.S. military. The Department has also failed to plan for transitioning responsibility to the Afghan government, should U.S. Government funding not be sustainable at current levels.

While some progress has been made in the fight against illicit narcotics in Afghanistan, successes are difficult to quantify due to imprecise measurement and
transnational factors. The Department's lack of meaningful performance measures adds to the problem. OIG found several examples of measurements that appeared to show success, but were questionable when more closely examined. Progress is further impeded by the unpredictable security situation. In addition, conditions in the Afghan government hamper achievement, including a weak justice system, corruption, and the lack of political will. The economic incentive to grow poppies outweighs some Afghan farmers' public assertions that cultivation is illegal and conflicts with the tenets of Islam. Afghanistan's large, unofficial financial system allows money
laundering and illicit trade to continue. The mountainous geography and largely open borders are also impediments to success.

INL's oversight of contracts related to counternarcotics programs in Afghanistan has challenged both INL and the Narcotics Affairs Section at Embassy Kabul. While there is adequate contract management in Washington, DC, INL lacks in-country monitoring of seven contracts valued at $1.8 billion. This weakness is caused by a shortage of personnel at the Embassy, as well as heavy reliance on contractors to carry out programs. Contract and program management is thus conducted from many thousands of miles away in a different time zone. OIG's examination of four counternarcotics contracts also revealed some weaknesses in performance measurement and setting of unrealistic goals.