Accessibility links
World AIDS Day 2009 Sees Progress, Challenges : The Two-Way Dec. 1 has been observed as World AIDS Day ever since 1988 when World Health Organization officials came up with the idea. Since those bleak days of the AID/HIV pandemic, there's been real progress against the disease with a higher percentage of ... 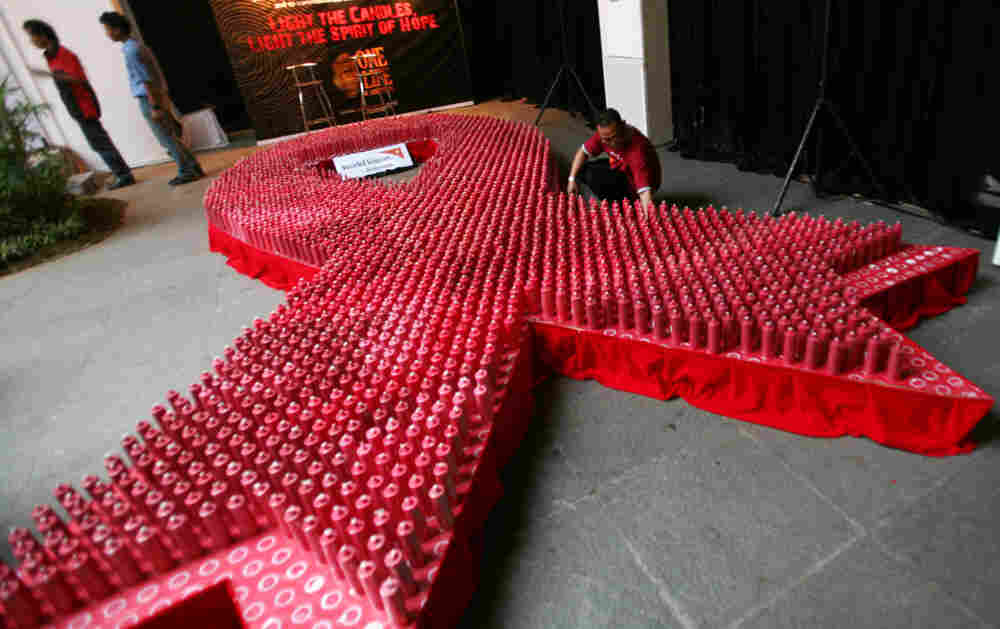 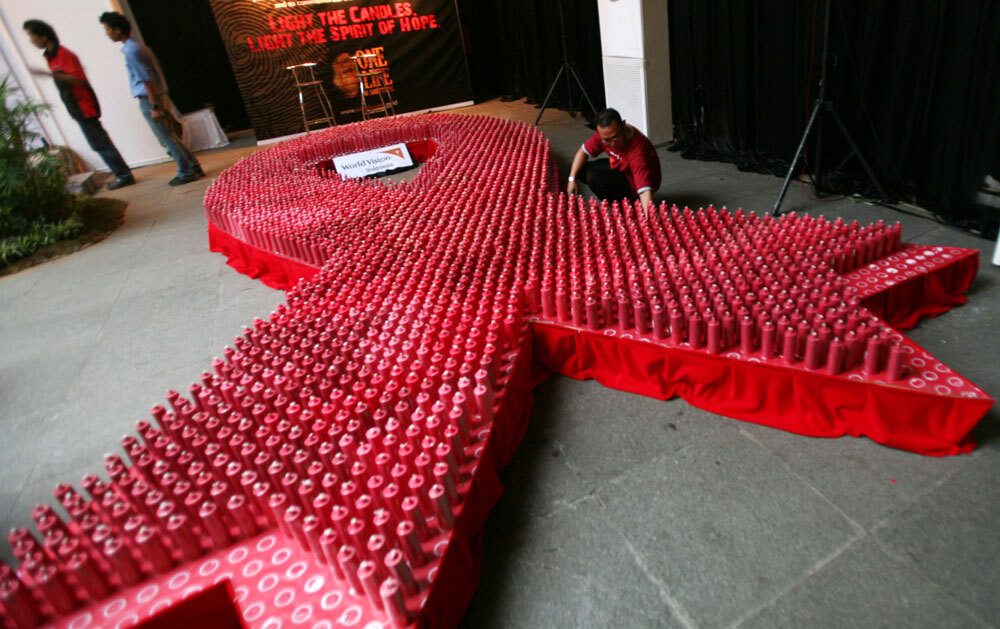 An Indonesian man touches a red ribbon, the symbol of AIDS awareness campaign, made of red candles during a rally to mark World AIDS Day in Jakarta, Indonesia, Tuesday, Dec. 1, 2009.

Dec. 1 has been observed as World AIDS Day ever since 1988 when World Health Organization officials came up with the idea.

Since those bleak days of the AID/HIV pandemic, there's been real progress against the disease with a higher percentage of people infected by the HIV virus receiving life-extending treatment. UNAIDS recently reported that new HIV infections fell 17 percent over the past eight years. UNAIDS provides an informative interactive map with global data on the pandemic.

But there remain many challenges. There's still no proven vaccine or cure, for that matter. And discrimination against infected people remains a problem in many parts of the world.

On this World AIDS Day we are filled with both hope and concern.

Hope because significant progress has been made towards universal access. New HIV infections have dropped. Fewer children are born with HIV. And more than 4 million people
are on treatment.

Concern because 28 years into the epidemic the virus continues to make inroads into new populations; stigma and discrimination continue to undermine efforts to turn back the
epidemic. The violation of human rights of people living with HIV, women and girls, men who
have sex with men, injecting drug users and sex workers must end.

UN Secretary-General Ban Ki-moon has called on "all countries to live up to their
commitments to enact or enforce legislation outlawing discrimination against people living
with HIV and members of vulnerable groups". On this World AIDS Day, let us work urgently
to remove punitive laws and practices and put an end to discrimination against and
criminalization of people affected by HIV.

On World AIDS Day let us also act on HIV prevention. For every two people put on
treatment, five are newly infected. Too often prevention programmes are not reaching those
most in need.

To honor World AIDS Day, Google provides a page with numerous links to organizations involved in combating HIV/AIDS and improving the lives of the infected.

An especially good site is that of the International AIDS Society which provides comprehensive HIV/AIDS information on both global governmental policies and medical research.

In a case of bad timing, an American Express-sponsored, World AIDS Day, Alicia Keys concert that is supposed to be carried live on YouTube is scheduled to start at the same time as President Barack Obama's big Afghanstan speech, 8 pm ET.