Accessibility links
Air America Radio Goes Silent, Makes Bankruptcy Filing : The Two-Way It's been a bad week for liberals. First they lose the Senate seat from Massachusetts that was occupied by Sen. Edward Kennedy until his death. Now comes Air America Media's announcement Thursday on its website that it is going off the air immedia... 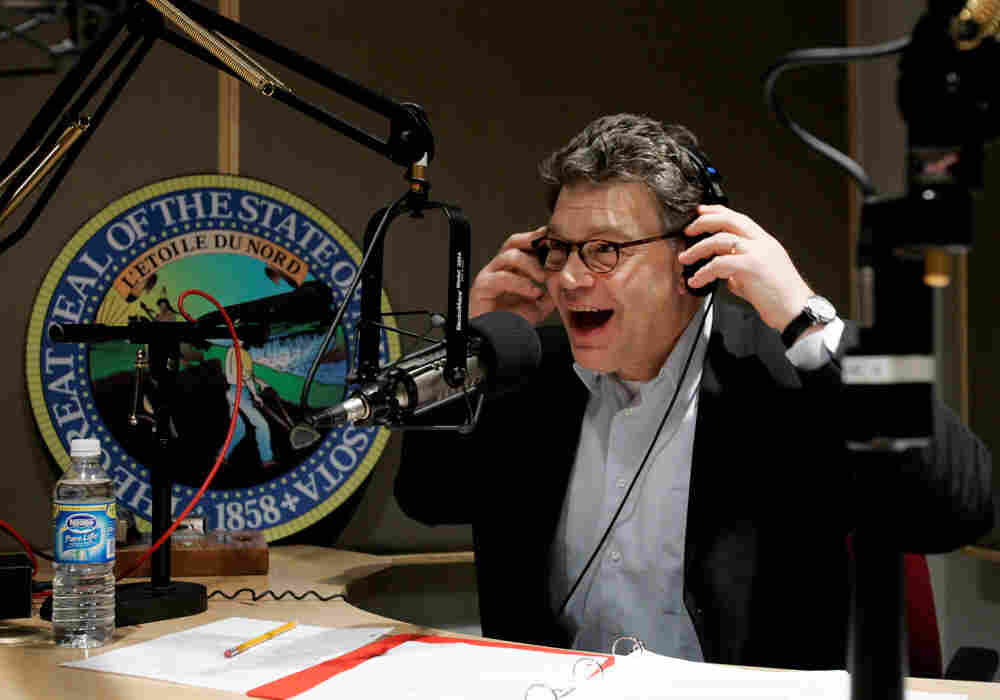 Al Franken removes his headset after announcing on his radio show, Air America, in Minneapolis, Wednesday, Feb. 14, 2007, he will run for U.S. Senate in 2008. Ann Heisenfelt/AP Photo hide caption 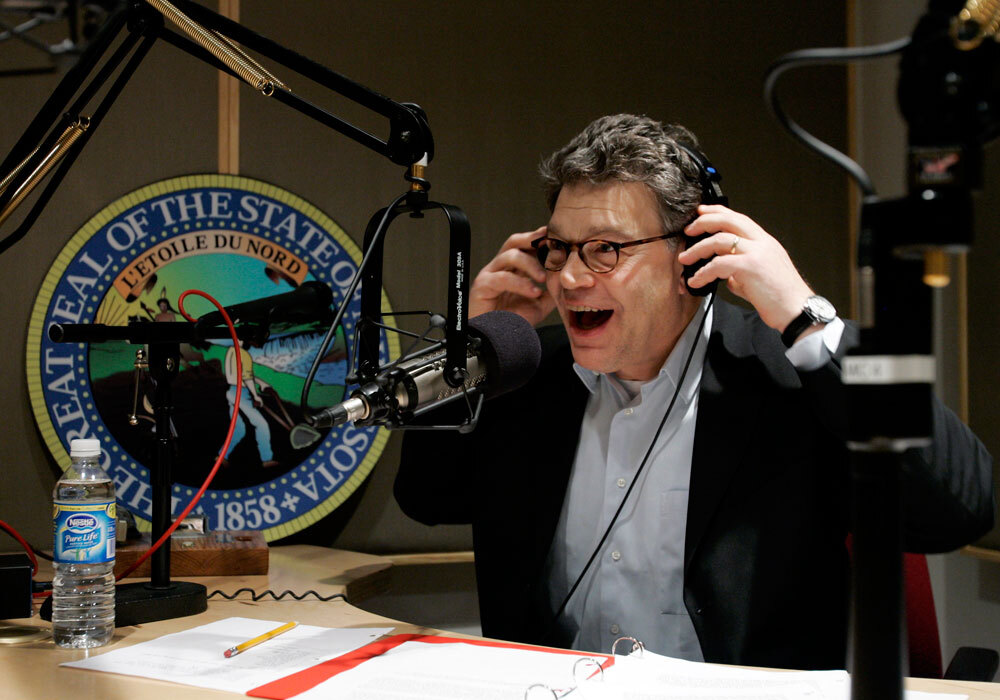 Al Franken removes his headset after announcing on his radio show, Air America, in Minneapolis, Wednesday, Feb. 14, 2007, he will run for U.S. Senate in 2008.

It's been a bad week for liberals. First they lost to a Republican the Senate seat from Massachusetts that was occupied by Sen. Edward Kennedy until his death. Then the Supreme Court lifted some of the limits on how companies can spend money in political campaigns.

Now comes Air America Media's announcement Thursday on its website that its live programming is immediately going off the air and that it's filing for bankruptcy protection.

It is with the greatest regret, on behalf of our Board, that we must announce that Air America Media is ceasing its live programming operations as of this afternoon, and that the Company will file soon under Chapter 7 of the Bankruptcy Code to carry out an orderly winding-down of the business.

The very difficult economic environment has had a significant impact on Air America's business. This past year has seen a "perfect storm" in the media industry generally. National and local advertising revenues have fallen drastically, causing many media companies nationwide to fold or seek bankruptcy protection. From large to small, recent bankruptcies like Citadel Broadcasting and closures like that of the industry's long-time trade publication Radio and Records have signaled that these are very difficult and rapidly changing times.

Those companies that remain are facing audience fragmentation as a result of new media technologies, are often saddled with crushing debt, and have generally found it difficult to obtain operating or investment capital from traditional sources of funding. In this climate, our painstaking search for new investors has come close several times right up into this week, but ultimately fell short of success.

With radio industry ad revenues down for 10 consecutive quarters, and reportedly off 21% in 2009, signs of improvement have consisted of hoping things will be less bad. And though Internet/new media revenues are projected to grow, our expanding online efforts face the same monetization and profitability challenges in the short term confronting the Web operations of most media companies

Air America was founded in 2004 to be the liberal alternative to conservative talk radio superstars like Rush Limbaugh and Glenn Beck.

Comedian, now Sen. Al Franken was Air America's biggest name when it began and Rachel Maddow, now of MSNBC, gained a following there as well.

But Air America never lived up to the dreams of its founders in terms of its audience size.

Air America took the opportunity of its Internet swan song to trumpet what it saw as its accomplishments:

Through some 100 radio outlets nationwide, Air America helped build a new sense of purpose and determination among American progressives. With this revival, the progressive movement made major gains in the 2006 mid-term elections and, more recently, in the election of President Barack Obama and a strongly Democratic Congress.

Laws have changed for the better thanks to this revival.....but all the same our company cannot escape the laws of economics. So we intend a rapid, orderly closure over the next few days. All current employees will be paid through today, January 21. A severance package will be offered tomorrow to full-time current employees with more than six months of tenure.