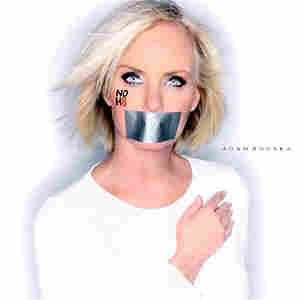 McCain has added her support, and face, to the noh8campaign. hide caption 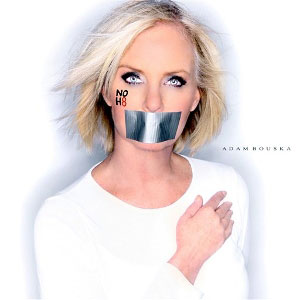 McCain has added her support, and face, to the noh8campaign.

Cindy McCain's decision to publicly endorse the gay rights movement and in particular the NOH8 campaign's efforts on behalf of same-sex marriage, puts her at odds not only with her husband, 2008 Republican presidential nominee Sen. John McCain, but also with his Democratic opponent, President Barack Obama.

For example, the conservative Pajamas Media writes that while many gay Americans supported Obama in the '08 campaign because, in part, they thought he would act on issues they care most about, there's been "a year of total inaction on any gay rights issues." It sees "gay voter remorse" about the president.

The liberal Huffington Post, though, sees this as too-little-too-late on the part of Cindy McCain. "While there is much to praise in Mrs. McCain's admittedly late arrival to the equal marriage struggle, the 700-pound silver elephant in the room is the fact that it is just that -- her very late arrival," writes journalist Michael Rowe.

The McCains' daughter Meghan, a vocal supporter of the NOH8campaign, says she "couldn't be more proud of my mother."

We've got a couple questions:

We'll hold the questions open until 8 p.m. ET on Monday.