Accessibility links
Coat Company's Billboards With Obama To Come Down : The Two-Way Billboards put up by a coat company to publicize that President Barack Obama wore one of its jackets will come down.

Coat Company's Billboards With Obama To Come Down

Coat Company's Billboards With Obama To Come Down 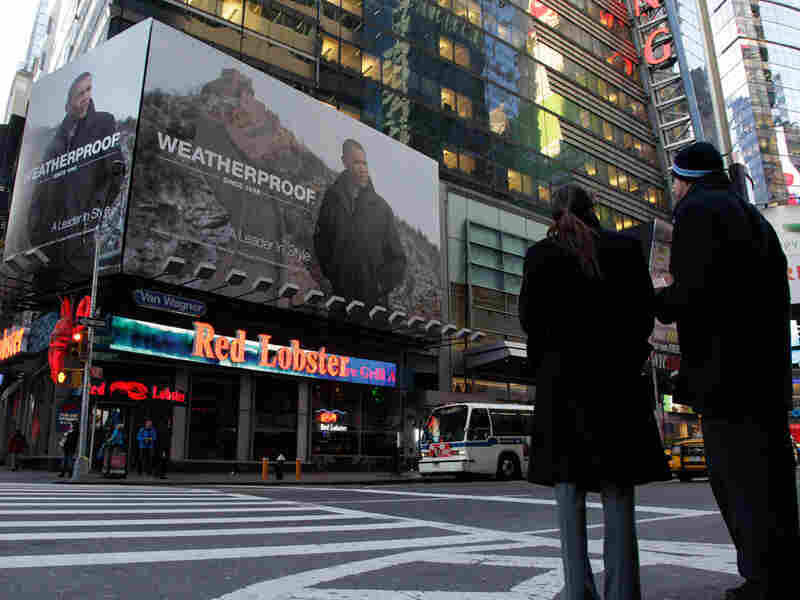 Not what the White House wants to see. Julie Jacobson/AP hide caption 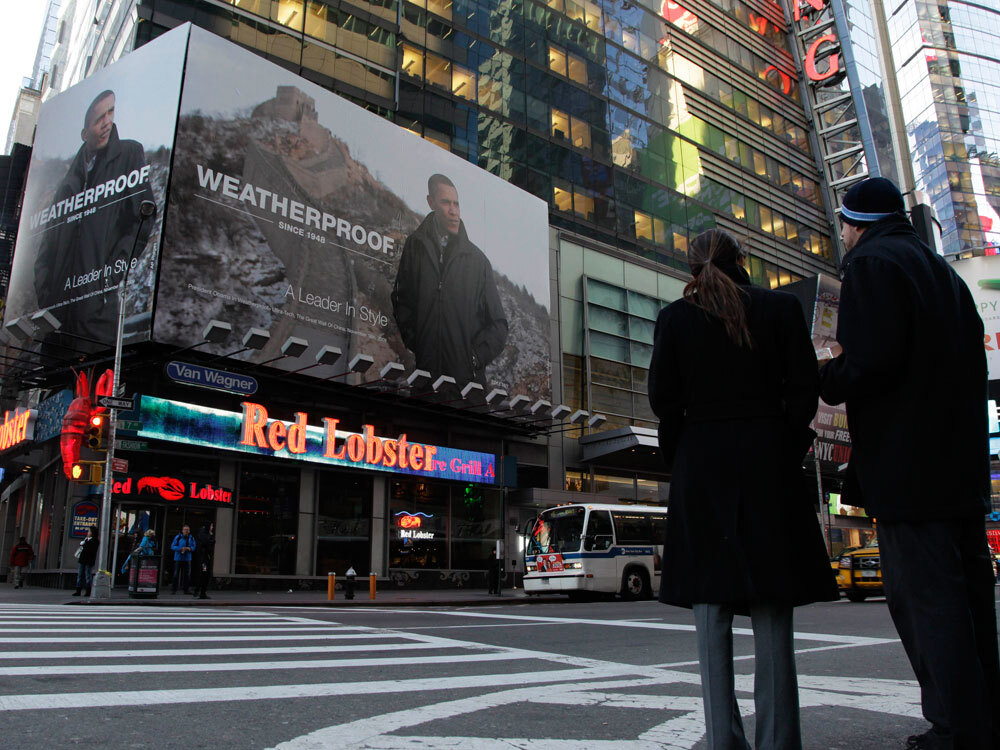 Not what the White House wants to see.

That Times Square billboard we wrote about yesterday -- the one a coat company put up because it wanted to publicize the fact that President Barack Obama wore one of its jackets -- is coming down.

Weatherproof Garment Co., the Associated Press reports, says it will have the big ad removed by Jan. 22. Same thing for a similar billboard along the Long Island Expressway.

Freddie Stollmack, the company's president, tells the AP that the White House did indeed request that the sign come down.

People for the Ethical Treatment of Animals, though, says its ad campaign that features an image of first lady Michelle Obama will continue -- despite White House objections for the unauthorized use.