'Doctors Without Borders': Coordination Of Aid Still Not Sufficient In Haiti

'Doctors Without Borders': Coordination Of Aid Still Not Sufficient In Haiti 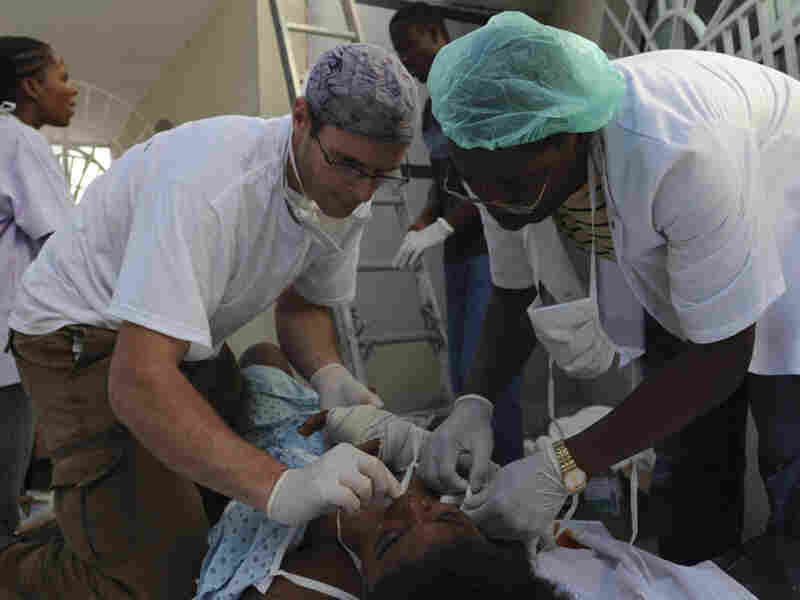 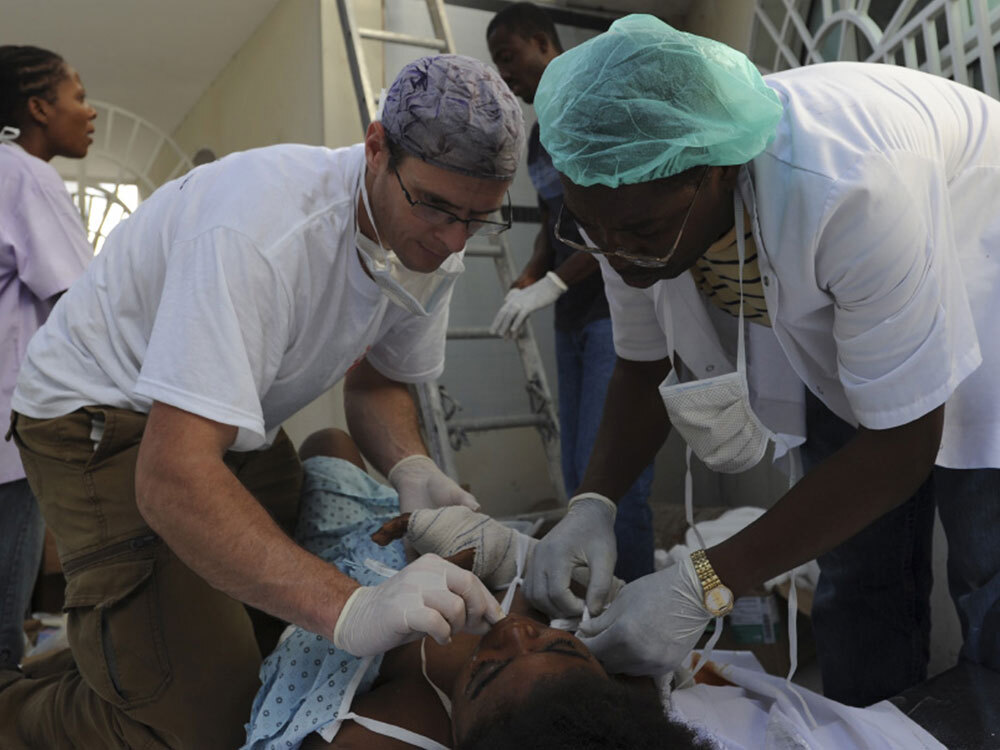 Doctors Without Borders personnel at work Saturday in Port-au-Prince.

A quick update from Doctors Without Borders (Medecins Sans Frontieres). It's holding a conference call with reporters about the work it's doing in Haiti:

-- So far, its doctors have treated more than 3,000 people and performed more than 500 surgeries, says spokeswoman Avril Benoit in Toronto.

-- From the group's perspective, international coordination of the relief effort "is not existing or (is) not sufficient," says Benoit Leduc, the organization's aid manger in Haiti, who is in Port-au-Prince.

-- The aid group continues to criticize the U.S. and its allies for not allowing two of its supply flights to land in Port-au-Prince over the weekend. Because they were diverted to the Dominican Republic, Leduc says, there was a "48 hours additional delay" in getting the medicines and other materials to Haiti.

-- Benoit says Doctors Without Borders has been allowed to land four supply flights in Port-au-Prince, with a total 135 tons of supplies. Two flights, with 65 tons of supplies, were diverted to the Dominican Republic.

-- Loris de Filippi, the group's operational coordinator in Port-au-Prince, says Doctors Without Borders has treated at least six gunshot victims in the past couple days.

Update at 11:32 a.m. ET: "Hundreds of people" could die because of a 48-hour delay in getting the supplies, Leduc just warned.

For more of NPR's coverage of the crisis in Haiti, click here.

If you're looking for information on charities doing work in Haiti, click here.