Accessibility links
Mark McGwire Admits What All Suspected: He Used Steroids : The Two-Way Former homerun hitter Mark McGwire on Monday confirmed what many people had already assumed, that he was juiced up on steroids during his baseball career. Oh, and there was that human growth hormone too.

Mark McGwire Admits What All Suspected: He Used Steroids

Mark McGwire Admits What All Suspected: He Used Steroids 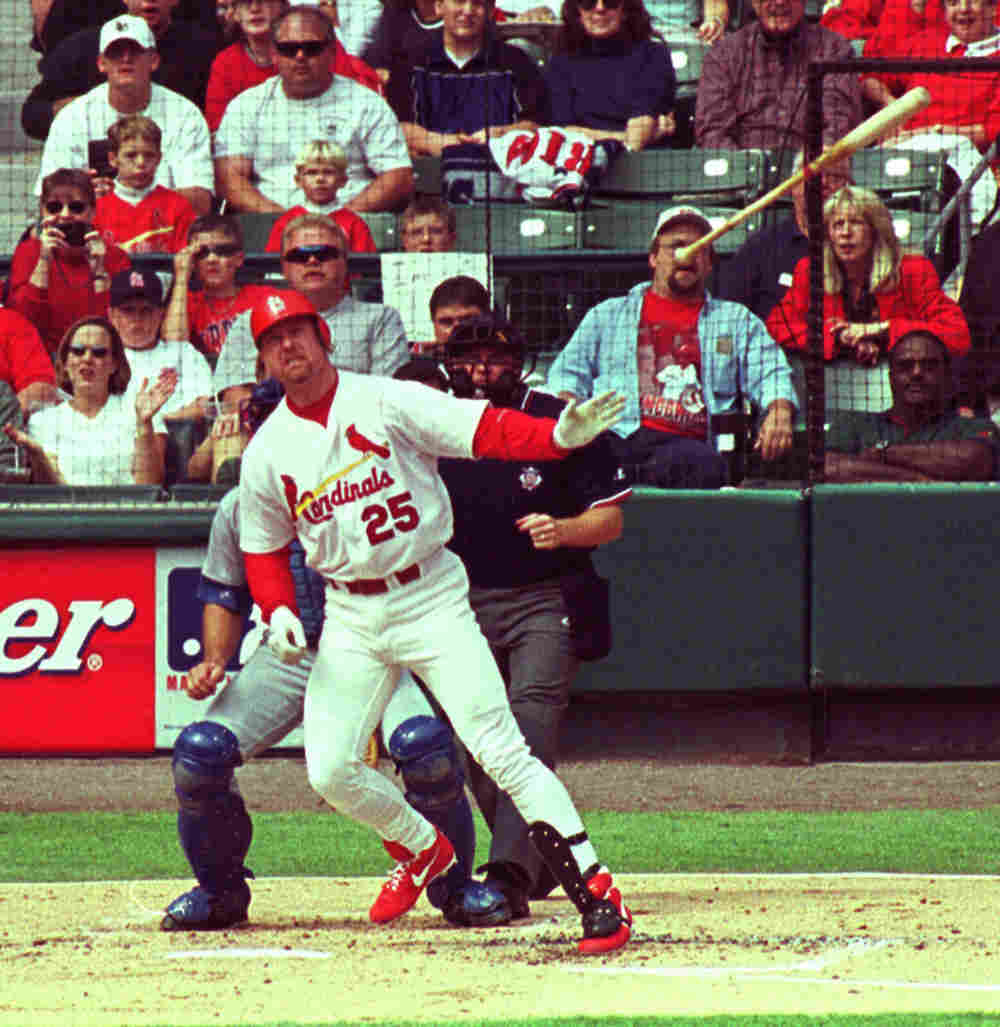 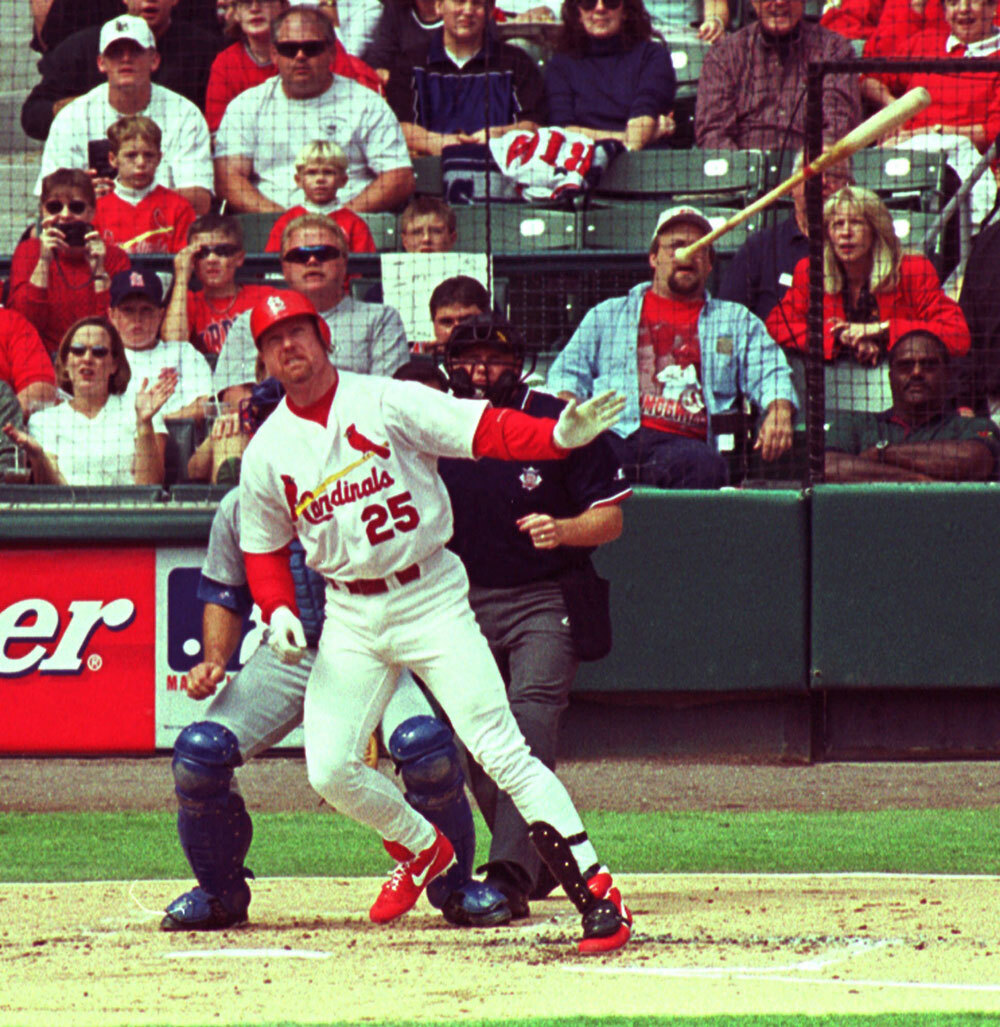 Mark McGwire hit his 64th home run of the season against the Chicago Cubs Oct. 2, 1999.

Former home run hitter Mark McGwire on Monday confirmed what many people had already assumed, that he was juiced up on steroids during his baseball career. Oh, and there was that human growth hormone he used, too.

McGwire, who retired from Major League Baseball in 2001, made the admission in a statement to the Associated Press before opening the newest chapter of his baseball career as hitting coach for the St. Louis Cardinals where he ended his playing years.

Big Mac told the AP he used the banned substances to deal with a series of injuries because he thought they would help him heal faster.

And he acknowledges that many people believe the drugs helped him hit all those home runs, especially in 1998 when he competed with then Chicago Cubs slugger Sammy Sosa to break Roger Maris' single-season home run record of 61. McGwire beat Sosa to the punch and finished that season with 69.

McGwire reportedly said in his statement:

McGwire testified before Congress in 2005 but didn't admit to steroid use then. The AP story indicates he was following his lawyers' advice when he danced around his steroid use at a House hearing. .

More from the AP story.

"I never knew when, but I always knew this day would come," McGwire said. "It's time for me to talk about the past and to confirm what people have suspected."

Others have been tainted but have denied knowingly using illegal drugs, including Barry Bonds, Roger Clemens, Sammy Sosa and David Ortiz.

Big Mac's reputation has been in tatters since March 17, 2005, when he refused to answer questions at a Congressional hearing. Instead, he repeatedly said "I'm not here to talk about the past" when asked whether he took illegal steroids when he hit a then-record 70 home runs in 1998 or at any other time.

"After all this time, I want to come clean," he said. "I was not in a position to do that five years ago in my congressional testimony, but now I feel an obligation to discuss this and to answer questions about it. I'll do that, and then I just want to help my team."