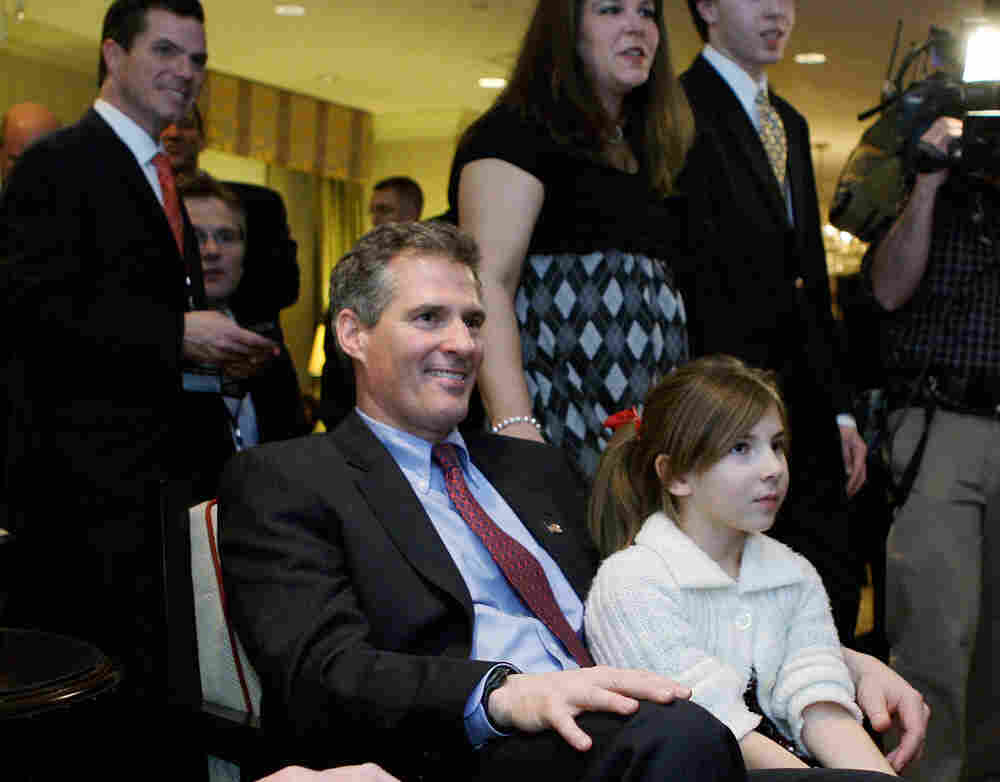 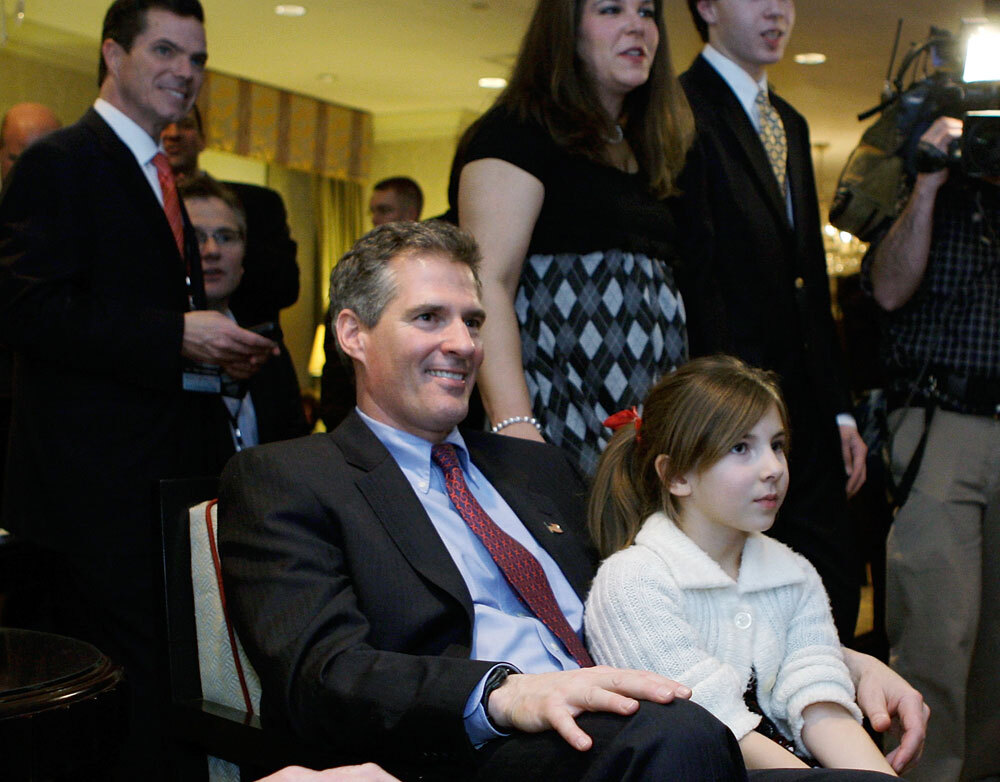 The race was called shortly before 9:30 pm ET by NPR and other media outlets.

The stunning result in a blue state cast doubts on Obama's ability to get his agenda enacted, especially health care reform, and seemed a repudiation, especially by independent voters, of much of what the president has done so far.

While the political world has turned upside down, especially for Democrats, the outcome wasn't unexpected. In recent weeks, it became clear that Brown was surging past Coakley.

Some of Coakley's problems were of her own making. Ahead by 15 points in the Boston Globe poll just a few weeks ago, she ran an uninspired campaign.

But Brown was an inspired candidate who tapped into populist anger as he traveled around Massachusetts talking about the pickup truck he drove with more than 200,000 miles on it.

Brown was able to take the anger of the Tea Party movement, and also among independents, and channel it into his victory.

Brown especially tapped into the anger about the Democrats' health-care overhaul legislation. He vowed to be the 41st vote in the Senate against the overhaul plan.

Brown also got help from the national Republican Party which helped him saturate the airwaves with ads in the final weeks of the campaign. And he raised a lot of money on the Internet, too.

Coakley was hurt by some problems particular to Massachusetts. For instance, in order to cover revenue shortfalls, the Democratic controlled state legislature voted a sales tax increase.

Meanwhile, some Democratic politicians in the state were caught up in scandal.

But there definitely appears to be a larger national trend working against Democrats. Last November, they lost gubernatorial races in Virginia and New Jersey. This is their third major loss.

This result is likely to cause a lot more soul searching among Democrats as they face re-election in the mid-terms coming in November. Democrats in swing districts are going to be very nervous. It may be very hard for the president and congressional leaders to keep them all marching in the same direction.

Update at 9:59 pm ET -- Massachusetts Attorney General Martha Coakley, in her concession speech, attempted to beat back the notion that she was on cruise control.

I will not forget the fierce determination with which we approached this, not just about this campaign, about the things we believed in. And we still believe in and will still fight for after tonight... We never lost our focus or our determination. And you never demonstrated an ounce of discouragement or complacency as far as I'm concerned in this campaign. I know how hard we worked.

Sen.-elect Scott Brown, the Republican winner of the Senate seat left vacant by the death of Sen. Ted Kennedy, gave a victory speech that was both exuberant and gracious. He noted the significance of independents to his success and captured the idea that a message was being sent to Washington.

Brown also spoke words that would likely endear him to many Democrats by acknowledging the Kennedy's importance in Massachusetts and national politics. The crowd at times started chanting different mantras, like "41, 41, 41" to signify his role as the vote that will keep Democrats from wielding a 60 vote majority to move controversial legislation. They also chanted "Gas up the truck" a reference to the pickup he used to show his populist credentials.

What a great reception. What a great crowd. I bet they can hear this cheering all the way in Washington, D.C. I hope they're paying close attention because tonigth the independent voice of Massachusetts has spoken.... Tonight, the independent majority has delivered a great victory...

... I will remember that while the honor is mine, this senate seat belongs to no one person, no one political party. And as I said before, and you've heard it today and and you'll hear it loud and clear, this is the people's seat.

The people, by their votes have filled the office themselves and I'm ready to go to Washington without delay...

As you know this special election came about because we lost someone very, very dear to Massachusetts and to America. Sen. Ted Kennedy was a tireless worker and a big hearted public servant and for most of his lifetime was a force like none other in this state.

The first call I made was to his wife Vicki and I told her his name would always command the affection and respect of the people of Massachusetts and I said we feel the same about her. There's no replacing a man like that but tonight I honor the memory and I pledge to be the very best and try to be a worthy successor to the late Sen. Kennedy...