Accessibility links
California's Surplus Chihuahuas Airlifted To New York : The Two-Way If you have a surplus of Chihuahuas in San Francisco, there's apparently only one obvious solution -- fly them to New York. 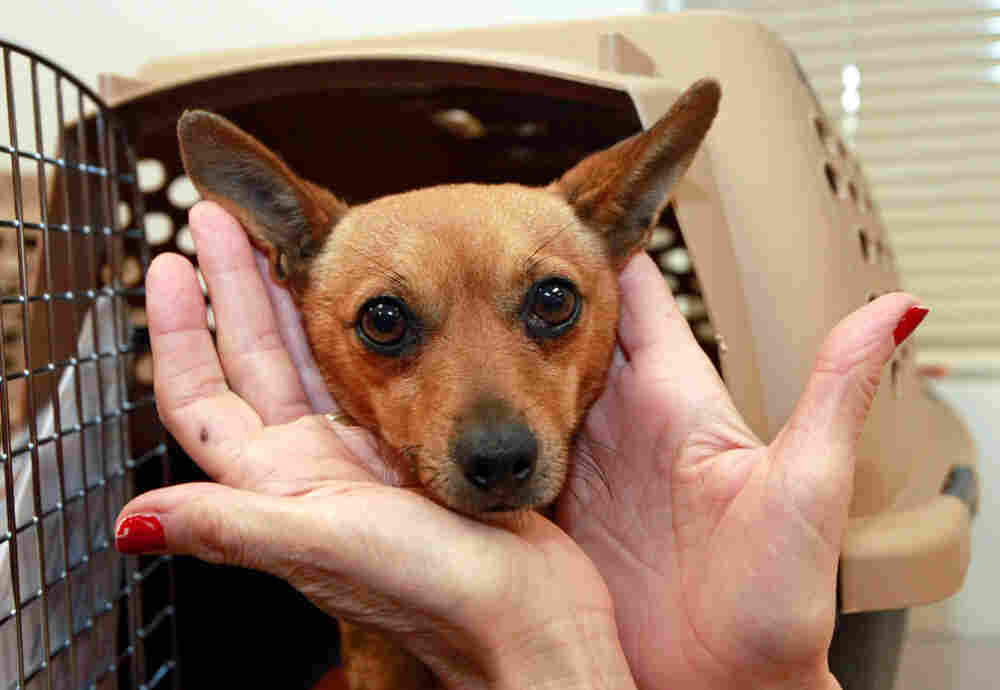 A dog that was part of Project Flying Chihuahuas in December. Damian Dovarganes/AP Photo hide caption 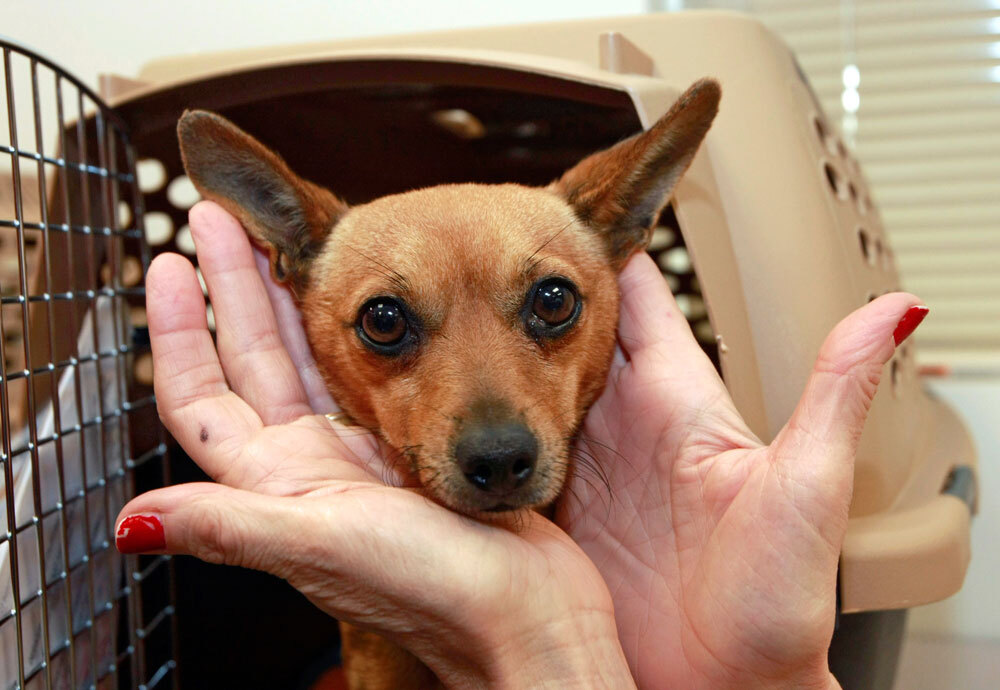 A dog that was part of Project Flying Chihuahuas in December.

If you have a surplus of Chihuahuas in California, there's apparently only one obvious solution -- fly them to the East Coast.

As we learned on All Things Considered a few weeks back, the San Francisco humane society noticed a disproportionate number of Chihuahuas filling up its shelter cages. As one Humane society official told ATC host Robert Siegel, it appears that trend had to do in part with former owners not realizing they were really dogs.

There was also a surplus of the diminutive pooches in Southern California.

But an answer emerged. As NPR's Mandalit Del Barco reported on Christmas Eve, Project Flying Chihuahuas has been airlifting dogs from California to points in the Northeast, like New Hampshire

On Wednesday, another group of Chihuahuas made it to New York City in what appears to be a weird reversal of the song "New York, New York:" The dogs may make it there, even though they didn't make it in California.

SAN FRANCISCO (AP) - More than a dozen Chihuahuas from San Francisco are flying in style to new homes in New York.

The 15 animals are flying in the main cabin of Virgin America flights scheduled to leave from San Francisco International Airport on Wednesday morning.

Officials from the American Society for the Prevention of Cruelty to Animals will meet the animals at New York's John F. Kennedy International Airport and help find them homes.

San Francisco animal control officials say Chihuahuas are in abundance at California animal shelters, but they're in demand in other states like New York.

Experts say pop culture is to blame for the overpopulation of the dogs in California, with fans imitating Chihuahua-toting celebrities like Paris Hilton.