Accessibility links
ABC News To Shed Up To 20% Of Staff : The Two-Way ABC News will be winnowing down its workforce, the latest big media company to announce deep cuts as it contends with falling advertising revenue. According to the memo by ABC News president David Westin, the cuts are really not a setback as much ... 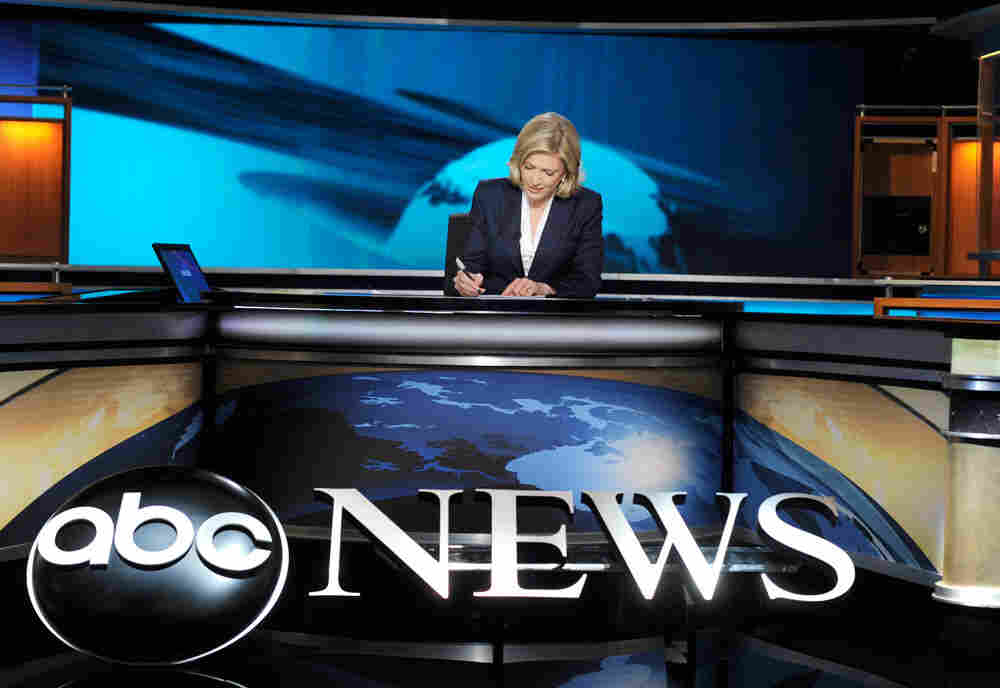 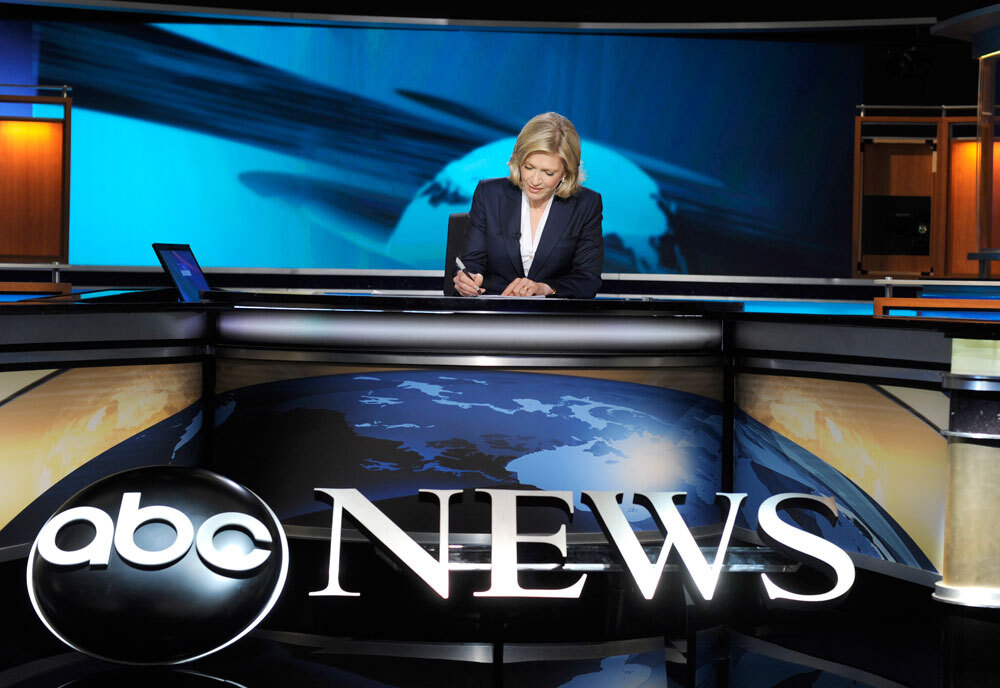 Anchor Diane Sawyer will have many fewer ABC News colleagues before too long.

ABC News will be winnowing its workforce, the latest big media company to announce deep job cuts as it contends with falling advertising revenue.

According to the memo by ABC News president David Westin, the cuts of perhaps as much as 20 percent of the staff, are really not a setback as much as an opportunity.

Westin buries the lead, putting the news most important to his people, the imminent buyouts and perhaps layoffs towards the end of the memo.

It sounds like the ABC News will be using more freelancers and teaching a lot of the staff that remains how to make and edit their own video which will mean the news operation will be able to operate with significantly fewer producers and camera crews.

ABC News executives decided to build on the successes of Nightline -- and some of its new batch of young foreign producers -- who often record and edit footage themselves on sophisticated digital cameras -- allowing the news to be covered more quickly -- and less expensively.

ABC is hoping to buyout several hundred off-air employees and correspondents and anchors can expect a hard look as well as their contracts expire.

A lengthy excerpt from Westin's memo:

The time has come to anticipate change, rather than respond to it. We have a rare opportunity to get in front of what's coming, to ensure that ABC News has a sound journalistic and financial footing for many years to come, and to serve our audiences even better. But we must move boldly and promptly. In the past, we've sought out less expensive ways to replicate what we've always done. The time has come to re-think how we do what we are doing.

To that end, we anticipate that between now and the end of the year ABC News will undergo a fundamental transformation that will ultimately affect every corner of the enterprise. We will be guided by one central principle: In everything, we will ensure that we put our audiences first -- providing them with first-rate journalism covering the things that matter the most to them in ways no one else does. And, we will do it with a business model that ensures we will be here for our audiences for many years to come.

The transformation will have six basic components:

1. In newsgathering, we intend to dramatically expand our use of digital journalists. We have proven that this model works at various locations around the world. We believe we can take it much further;

2. In production, we will take the example set by Nightline of editorial staff who shoot and edit their own material and follow it throughout all of our programs, while recognizing that we will continue to rely upon our ENG crews and editors for most of our work;

3. In structure, we will combine our weekday and weekend operations for both Good Morning America and World News;

4. In special events, we will rely upon our program staff through the day and night to cover unexpected events and marshal personnel from across the division to cover scheduled events;

5. In newsmagazines and long-form programming, we will move to a more flexible blend of staff and freelancers so that we can respond to varying demand for hours through the year; and

6. Overall, we will eliminate redundancies wherever possible.

An essential part of this intended transformation will be extensive training in the new technology -- whether in the field or in-house. This is an extension of the digital bullpen training we've undertaken already, but it will be on a scale that we have not seen before. This training program and changes it will make possible in all of our operations will make ABC News the place to work in the digital age. We won't just be preparing people for the new world; we will be living in it.

When we are finished, many job descriptions will be different, different skill sets may be required, and, yes, we will likely have substantially fewer people on staff at ABC News. To ease the transition, we are offering a voluntary separation package to all full-time, U.S.-based, non-union, non-contract employees. Information and details of the program will be sent to your home address in the next few days. The response to this voluntary program will determine the extent to which we will need to make further reductions. I encourage everyone to talk with their supervisor if they have any questions.

Matea Gold of the Los Angeles Times has a comprehensive story. She provides this background:

For the last month, the newsroom has been rife with rumors about the cutbacks, which are poised to be the most dramatic reshaping of ABC News since Roone Arledge revolutionized the division by recruiting a team of high-wattage anchors and launching new franchises during his 20-year tenure as news president. Anxious staffers are not only fearful about losing their jobs but also are apprehensive about, if they remain, how the restructuring will affect their ability to chase big stories and swarm major news events.

ABC executives are internally casting the belt-tightening not as a retrenchment but as a repositioning. By streamlining news-gathering operations now, officials hope to stave off repeated cuts in the coming years. They contend that a smaller news division does not mean a less competitive one. With technological advancements such as hand-held digital cameras, the news division can now dispatch one person to cover a story that once required a correspondent, a producer and a two-person crew.

News organizations large and small have been forced to let go of staff and reduce expenses in the last few years to cope with a drop in advertising revenue caused by the global economic slowdown. Earlier this month, CBS News cut at least 90 positions, shuttering its Moscow bureau and significantly shrinking its staff in Washington, London and Los Angeles.