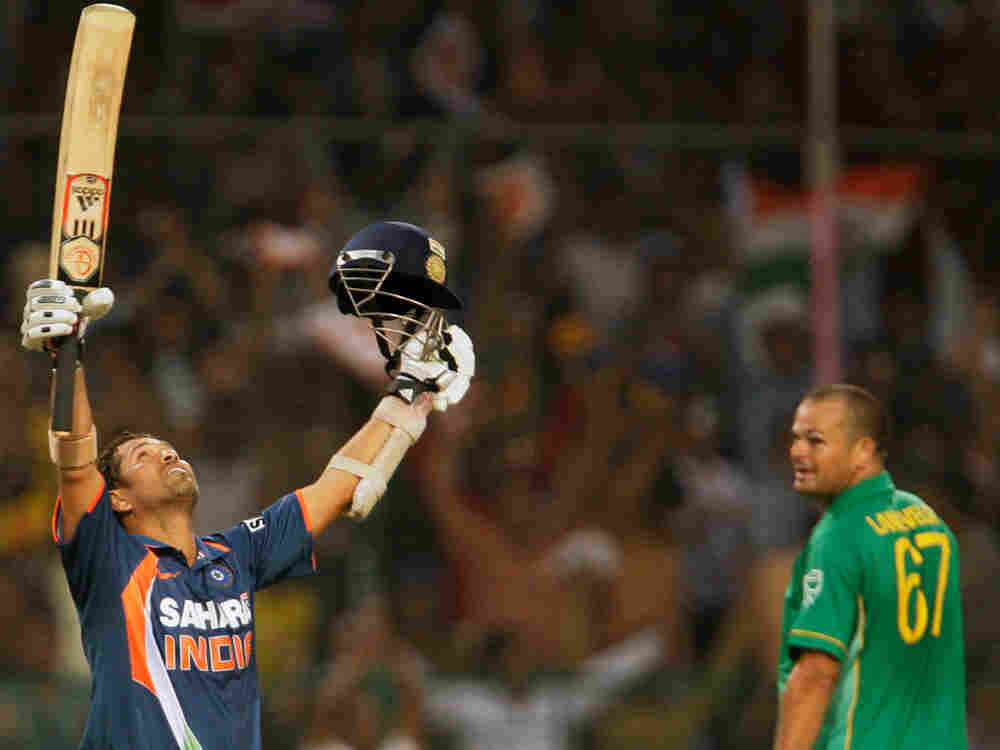 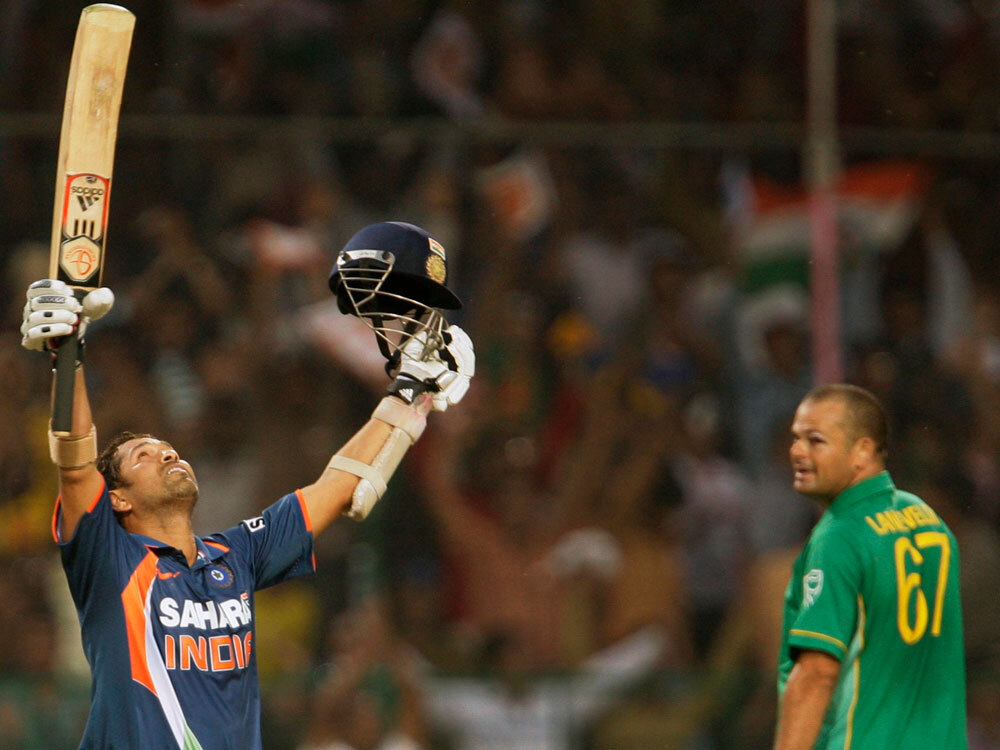 Sachin Tendulkar, left. Did he set an unbreakable record?

That should give you some sense of what happened today in Gwalior, India, when cricket superstar Sachin Tendulkar recorded a "double century" in an international match pitting his Indian team against South Africa. He accomplished something no one else had done at that high a level in one of the world's most popular sports.

As The Times of India says "milestone man Sachin Tendulkar re-wrote the record books on Wednesday, hammering the first double century in the history of one-day cricket to add another feather to his well-adorned cap."

The Hindu proclaims that "the maestro's unbeaten 200 was an epic effort of focus, flair and dare."

ESPNCricinfo writes that "it took nearly 40 years of waiting and it was well worth it. ... The spectators at the Captain Roop Singh Stadium became the envy of Indian cricket fans as they witnessed one of the country's favorite sporting heroes play a breathtaking innings which not only set up a 153-run annihilation but also the series victory."

The front of the BBC's website has this great headline: "Tendulkar fires record double ton."

I'm told by those who know cricket that Sachin (as he's known to his fans), basically played perfectly. South Africa couldn't get the man out. He scored 200 runs. And according to The Guardian:

"Tendulkar sailed passed the previous world-record score -- the 194 set by Pakistan's Saeed Anwar against India in 1996-97, which was matched in 2009 by Zimbabwe's Charles Coventry against a weak Bangladesh side."

For some perspective, I turned to Sanjay Puri, an Indian-American entrepreneur in northern Virginia (his technology company is called Optimos). He's also a cricket fan and blogger who last month compared Sachin to such American sports icons as Mickey Mantle and Joe DiMaggio.

The apt comparisons regarding today's accomplishment, Puri says, are to Chamberlain, Bannister, Michael Jordan and others who American sports fans have watched set records that seemed untouchable (and in Chamberlain's case, may be).

"It's an incredible record," Puri says of Sachin's double century, and one he doubts will be broken. As for Sachin, Puri says, "he's the man in India. ... He's king."

"I think it's a great day," Puri adds. "He's an artist, really. ... If you like basketball, when Jordan was at his peak, I think of Jordan as truly an artist. He was, like, flying. The man could fly. ... Sachin is kind of in that genre."

Here's some of our conversation:

Now that we all have some perspective:

Oh, and what's a "googly"? (Puri invites me to "throw a googly" at the end of our conversation.) The BBC says it's "a delivery which looks like a normal leg spinner but actually turns towards the batsmen, like an off break, rather than away from the bat."