Accessibility links
Eastern U.S. Braces For 'Paralyzing' Super Bowl Weekend Storm : The Two-Way Well, here we go again. A good part of the eastern part of the U.S. is preparing to get slammed with another big winter storm scheduled to arrive just in time for the weekend. 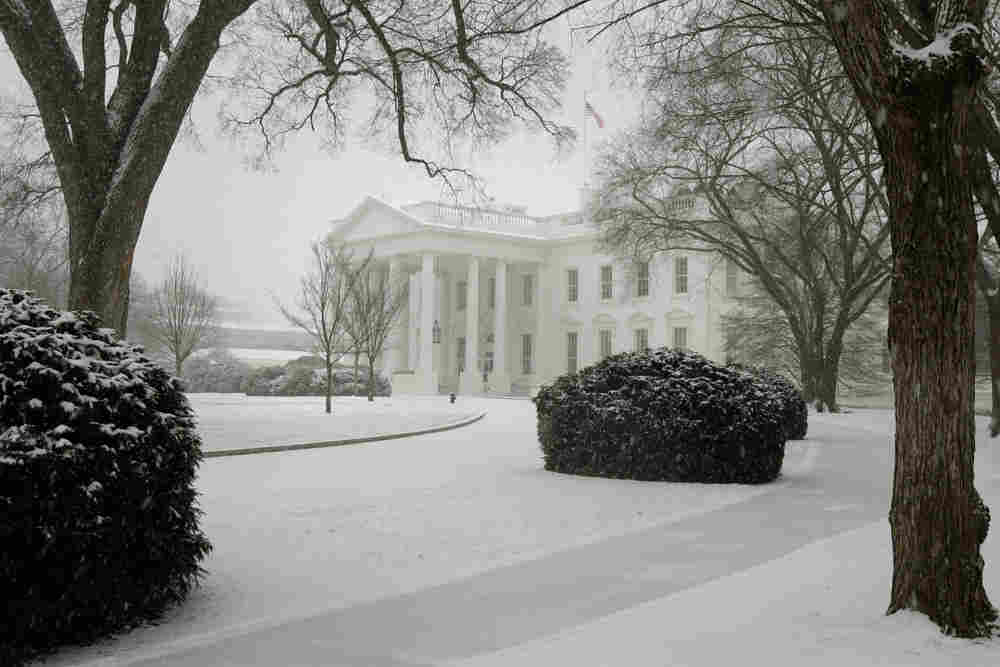 The White House has had a white lawn for long periods this winter. Alex Brandon/AP Photo hide caption 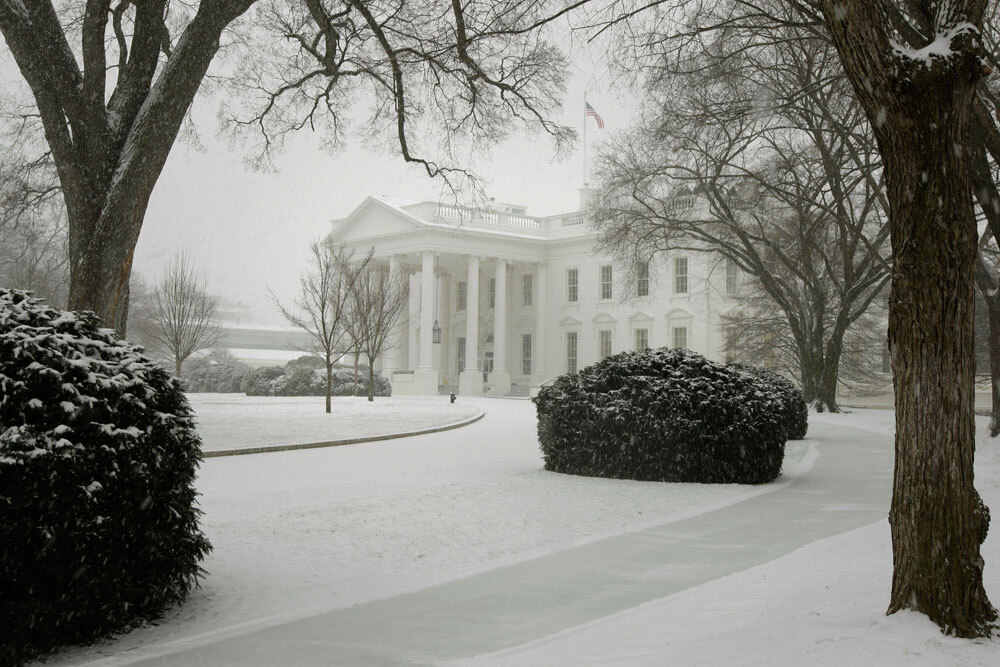 The White House has had a white lawn for long periods this winter.

Here we go again. A good part of the eastern part of the U.S. is preparing to get slammed with another big winter storm scheduled to arrive just in time for Super Bowl weekend. Some forecasters are describing the potential affect of the storm as "paralyzing," not exactly reassuring for anyone in its path.

The storm is already active in the form of rain over Texas and traveling north and east where it will turn an area from the Upper South to the Mid-Atlantic to the Northeast into a winter wonderland or nightmare, depending on your perspective.

The National Weather Service reports that the Washington, D.C. area, for instance, is facing snow totals similar to the 12 to 20 inches, more or less, it received Christmas week, with the snow expected to fall in earnest in the nation's capital from Friday morning into Saturday evening. And this after many of the schools in the region were closed Wednesday after a minor snow storm that began Tuesday afternoon.

Among the obvious problems with all this snow -- the school and activity cancellations, the fender benders, the cabin fever -- is the now exhausted snow removal budgets of the states and municipalities that have already dealt with unusual amounts of snow.

Oh well, time to stock up the refrigerator and get out the Scrabble board.

NORTHERN STREAM ENERGY CURRENTLY PUSHING THROUGH THE PACIFIC
NORTHWEST AND A DISTURBANCE IN THE SOUTHERN JET STREAM MOVING
ACROSS MEXICO WILL EVENTUALLY INTERACT OVER THE TENNESSEE RIVER
VALLEY BY FRIDAY EVENING. THIS WILL SET THE STAGE FOR A
SIGNIFICANT WINTER STORM ACROSS MUCH OF THE EASTERN U.S. BY FRIDAY
AND INTO THE WEEKEND. BEFORE THIS OCCURS...A STEADY SWATH OF
PRECIPITATION HAS ACCOMPANIED THE SYSTEM MOVING ACROSS MEXICO WITH
MUCH OF THE SOUTHERN PLAINS AND FOUR CORNERS REGION CURRENTLY
BEING AFFECTED. HIGHER ELEVATION SNOWS ACROSS ARIZONA AND NEW
MEXICO WILL CONTINUE THROUGH TONIGHT BEFORE THE SYSTEM EJECTS
EASTWARD TOWARD THE LOWER MISSISSIPPI VALLEY. WINTER WEATHER WILL
NOT BE RESTRICTED TO ELEVATED TOPOGRAPHY AS COLD ENOUGH AIR WILL
BE IN PLACE TO SUPPORT WIDESPREAD SNOWFALL ACROSS THE PLAINS.
LIGHT TO MODERATE SNOWS ARE IN THE FORECAST OVER THE
TEXAS/OKLAHOMA PANHANDLES WITH A RAIN/SNOW LINE GENERALLY ACROSS
OKLAHOMA CITY...OKLAHOMA. MEANWHILE...FARTHER TO THE
SOUTH...MODERATE TO HEAVY SHOWERS AND THUNDERSTORMS WILL BREAK OUT
ALONG THE GULF COAST WITH SOME RISK OF FLASH FLOODING WITH THIS
RAINFALL.

AS THIS SYSTEM BEGINS TO IMPACT THE SOUTHERN APPALACHIANS...COLD
AIR DAMMING WILL SET UP ALONG THE EAST COAST WHICH WILL CREATE A
SCENARIO FAVORABLE FOR FREEZING RAIN AND SLEET. SUCH CONDITIONS
CAN BE EXPECTED BY LATE THURSDAY NIGHT BEFORE BECOMING MORE
EXTENSIVE IN COVERAGE BY THE FOLLOWING MORNING. EVENTUALLY...THIS
POWERFUL WEATHER SYSTEM WILL MAKE ITS WAY TOWARD THE LOWER
MID-ATLANTIC REGION WITH IMPACTS ON SOME OF THE MAJOR METROPOLITAN
CITIES OVER THE NORTHEASTERN U.S.