Accessibility links
U.S. Missionaries In Haiti Charged With Child Kidnapping : The Two-Way The Haitian government has formally charged with child kidnapping 10 U.S. Baptist missionaries detained in Haiti for attempting to take 33 Haitian children into the Dominican Republic without proper documentation. 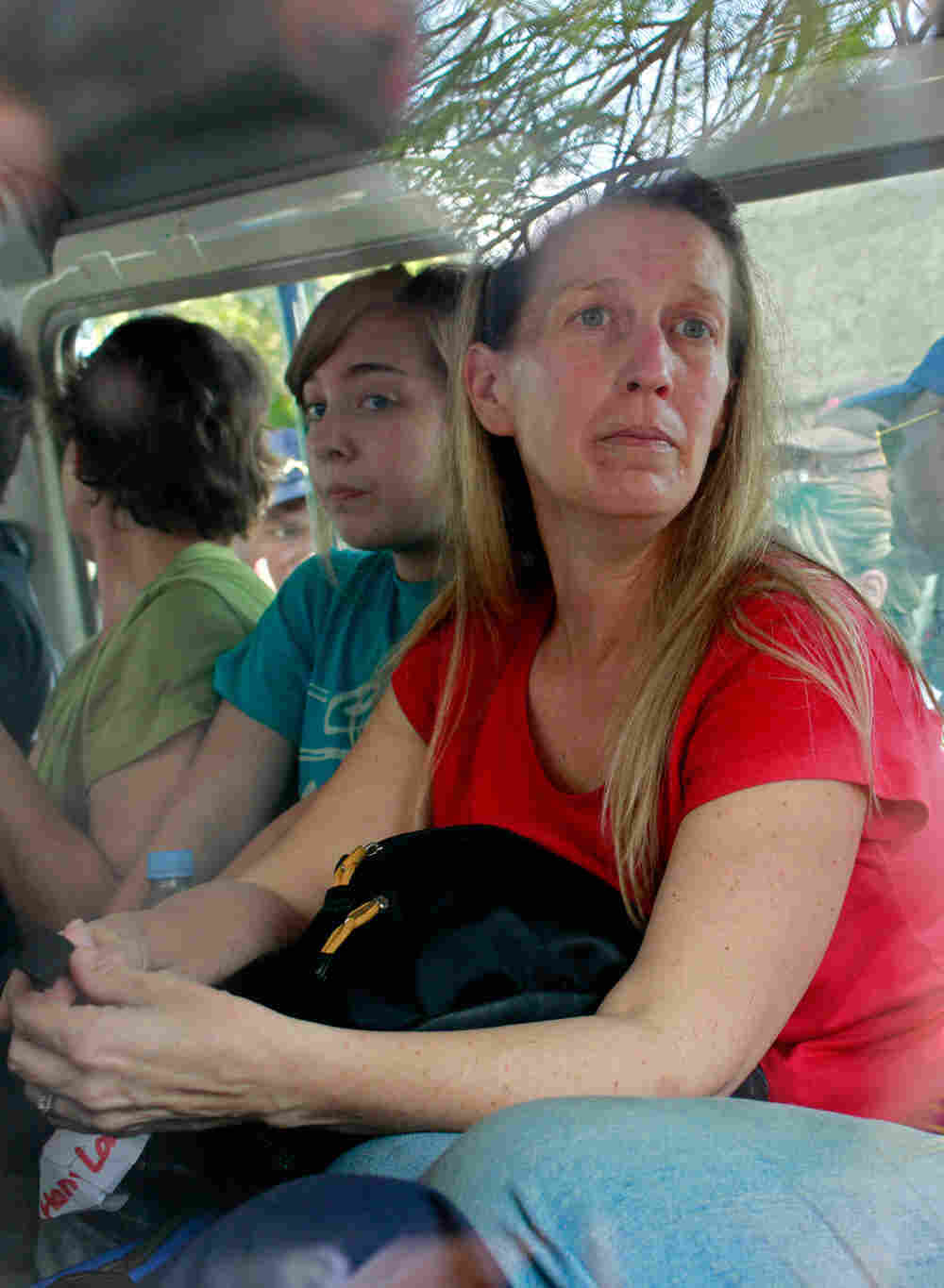 The Americans, mostly from Idaho, have claimed they were taking orphaned children from a destroyed orphanage to another orphanage in the DR.

But one of the missionaries who has acted as the spokesperson for the detainees has acknowledged her group didn't have the proper paperwork from the Haitian government to move the children.

And it has turned out that some of the children weren't orphans at all though in some cases where parents have been identified, they have said they gave their children to the Americans in the hope they would have a better life.

The Associated Press reports the following:

PORT-AU-PRINCE, Haiti (AP) - A Haitian attorney says 10 Americans detained in Haiti for trying to take 33 children out of the country after the Jan. 12 earthquake have been charged with
child kidnapping.

Edwin Coq says the Americans also are charged with criminal association. The 10 appeared in court Thursday and were whisked away to a jail in Haiti's capital of Port-au-Prince.