Accessibility links
Federal Gov't Expands How It Measures Poverty : The Two-Way The Census Bureau is moving to expand the way it measures poverty. Granted, it's not exactly moving at a breakneck pace; it's taken 15 years to get to this point. But this is the government we're talking about, remember. 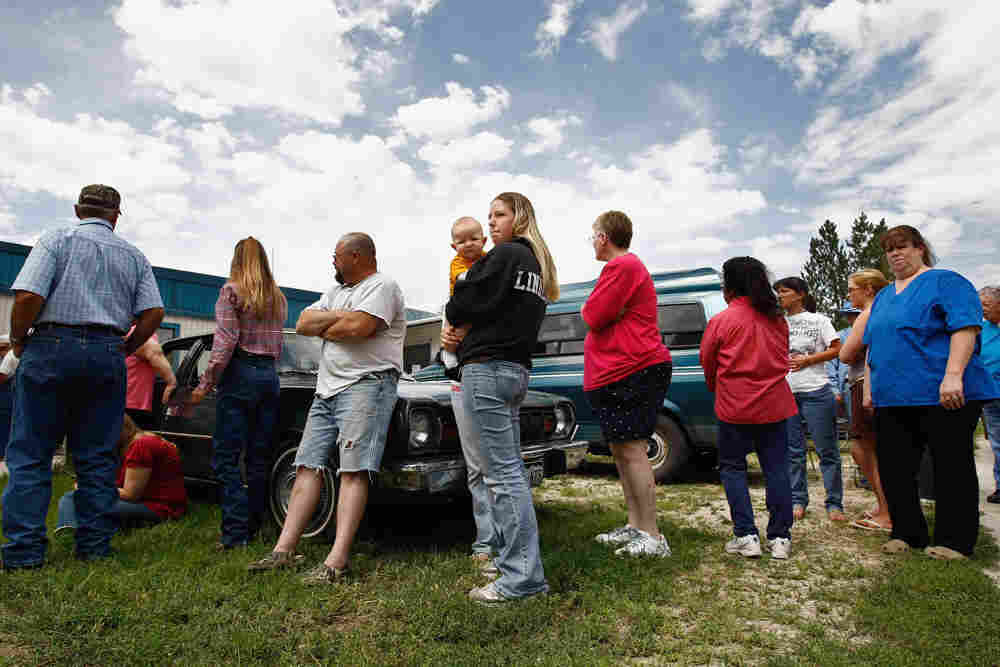 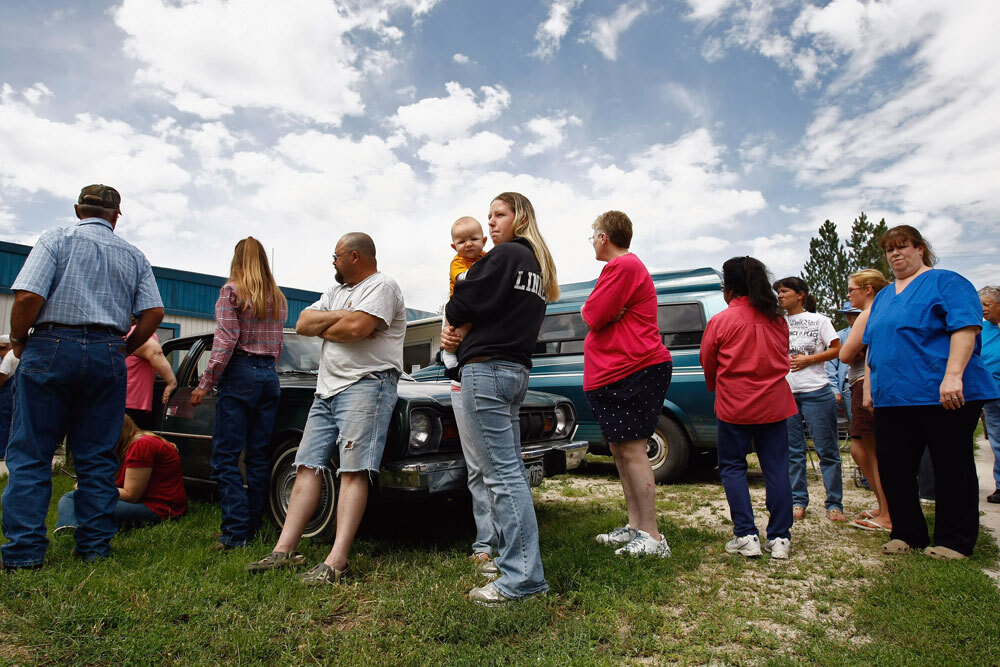 People in rural Colorado line up to receive food from a local food bank.

The federal government has officially measured poverty for 50 years by looking at an individual's or family's cash income strictly.

But it's been known for years that measuring poverty that way has its limitations. For instance, it doesn't capture the impact of taxes on the poor who frequently don't pay income taxes but pay disproportionately more of their incomes on employment and sales taxes.

So the Census Bureau is moving to expand the way it measures poverty. Granted, it's not exactly moving at a breakneck pace; it's taken 15 years to get to this point. But this is the government we're talking about, remember.

On NPR's Talk of The Nation Tuesday, Rebecca Blank, Commerce under secretary for economic affairs, explained to host Neal Conan what the Census Bureau hopes to accomplish.

"This supplemental poverty measure gives us an alternative lens on economic need within this country. It's a somewhat more complex calculation than the old poverty measure which is based purely on people's cash income... This takes into account what people pay in taxes, what they get back in tax credits. It takes account of their work expenses. The idea here is to look at what people have to spend on food, shelter and clothing. And compare to a threshold that tells us something different than the official measure about who might be poor in this country."

NPR's Pam Fessler summed up the changes for network's newscast:

The nation's official poverty rate is based on a measure that's changed little in the past 45 years. Now, administration officials say they'll produce a new, supplemental measure that more accurately reflects today's world.

Things such as taxes, child care, housing and out-of-pocket medical expenses, along with the value of government benefits such as food stamps, will be included in the calculation. The official poverty measure, which is based on an individual's cash income, will still be used to determine eligibility for government programs.

The supplemental measure will be used to study poverty trends and the impact of anti-poverty programs. The change is something that's been long sought by poverty experts. The new measure will be available next year.