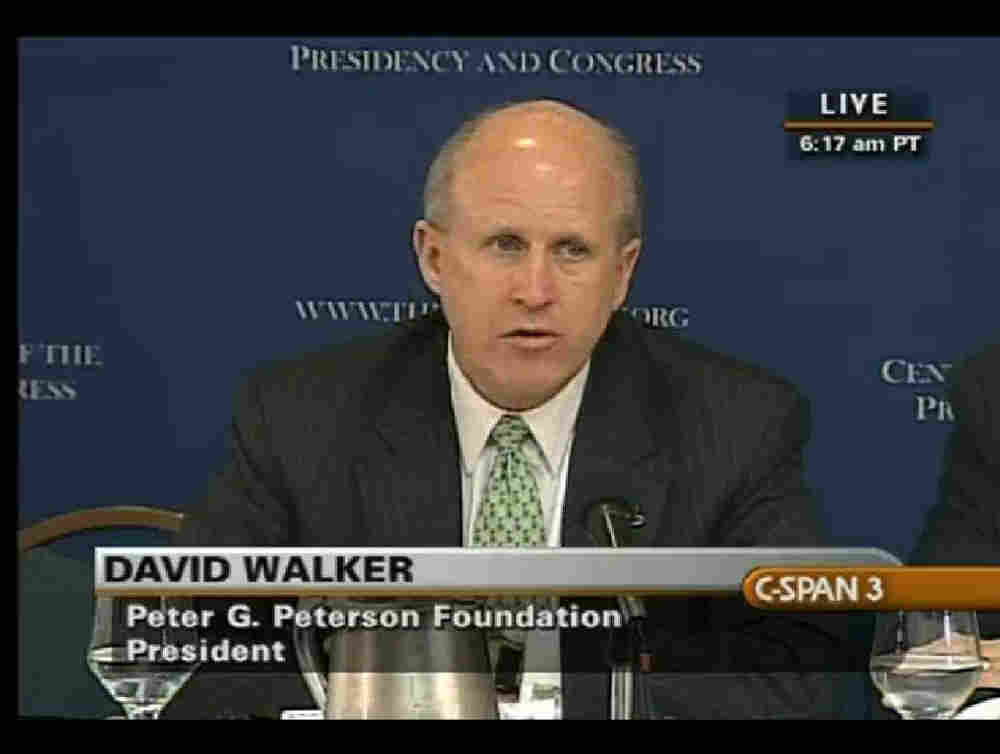 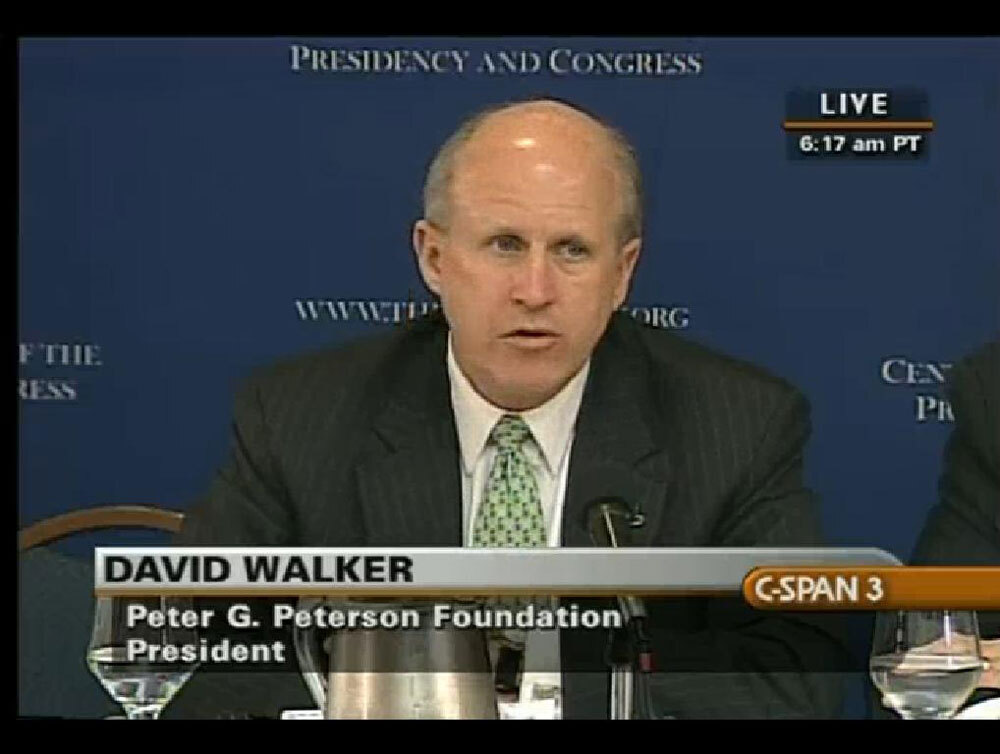 So when Walker criticizes the health-care overhaul legislation the House will likely vote on Sunday as well as the Congressional Budget Office's favorable scoring of the bill, it's worth noting.

Walker, now president of the Pete G. Peterson Foundation which pushes fiscal responsibility, doesn't buy it. But he doesn't blame the CBO.

At a Washington event Friday put on by a think tank and carried by C-SPAN, he faulted the legislative constraints the CBO must operate under.

Ok. But they have handcuffs on and are in a straitjacket. They are required by law to make certain assumptions that don't pass a straight-face test. They're required by law to assume that Congress is going to do everything they say they're going to do despite the fact that there's clear and compelling evidence that they never have and they probably never will in certain regards.

For example, you know, cutting provider reimbursements dramatically. Well, all right, don't hold your breath. And so the fact is, I think, technically the numbers add up to say it will reduce the deficit over ten years and even beyond that. I think based on realistic assumptions, no way.

More important point is, look, the federal government has made tens of trillions of dollars in promises it doesn't know how it's going to keep. Medicare alone is $38 trillion in the hole.

We're talking about adding a new wing on a health-care house that's structurally unsound, mortgaged for more than its worth and headed for foreclosure. We need to be figuring out how we're going to cut health-care costs, reduce the increase in health-care costs and be able to keep from bankrupting our country. You know, we've already made promises we can't afford and now we want to make more? You know Washington just doesn't get it. But the American people do.

WALKER: There is no party of fiscal responsibility. There are people who are fiscally responsible but no party.

Let me go over the last four presidents. Two presidents, one Democrat and one Republican, George Herbert Walker Bush and William Jefferson Clinton broke campaign promises on taxes, imposed tough statutory budget controls and did not expand entitlement programs. They were fiscally responsible.

George Walker Bush kept his campaign promise on taxes, let budget controls expire and expanded entitlement benefits. And so far, Barack Obama is doing the same thing as George W. Bush did. George W Bush was arguably, by the facts, the most fiscally irresponsible president we had. But his record is in jeopardy. and the American people know it. And they don't like it.