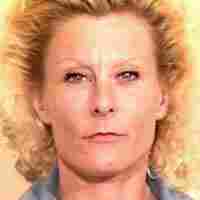 Colleen LaRose, the Pennsylvania woman who authorities say called herself ''Jihad Jane'' and used the Web to recruit others for violent attacks around the world, was "the weird, weird, weird lady who lived across the hall,'' neighbor Eric Newell tells the Allentown, Pa., Morning Call. ''We always called her the crazy lady.''

We're learning more this morning about LaRose, of Pennsburg, Pa., who with five unindicted co-conspirators stands accused of recruiting men on the Internet "to wage violent jihad in South Asia and Europe," and recruiting women "who had passports and the ability to travel to and around Europe in support of violent jihad."

The New York Times writes that:

In Pennsburg, Ms. LaRose lived in a two-story home with a well-manicured lawn along a quiet section of Main Street. Several neighbors, including one who lives three doors down from the home, said they had heard Ms. LaRose's name in the news on Tuesday but could not recall ever meeting or seeing her.

"You don't expect to see that in this kind of town," Michael Allem, a neighbor, said of the alleged murder plot. "But I've never really seen this person. I don't think I've ever seen someone even dressed like a Muslim in this town."

Newell, the neighbor, says in the Morning Call that LaRose, 46, "was mostly notorious for getting drunk and getting into fights." The newspaper adds that "Newell's wife, Kristy, said LaRose talked to her cats all the time. But they never heard her discuss politics or extremist plots."

The Philadelphia Daily News says that:

LaRose, also known as "Fatima LaRose," was arrested in Philadelphia by the FBI on Oct. 15, and appeared before a federal magistrate the next day and agreed to pretrial detention. She did not enter a plea, but U.S. Attorney Michael Levy said he expects LaRose to be arraigned soon.

LaRose has been charged with conspiracy to provide material support to terrorists, conspiracy to kill in a foreign country, making false statements to the FBI and attempted identity theft. If convicted of all charges, LaRose could potentially face life behind bars, authorities said. ...

As The Guardian reports, authorities haven't yet confirmed that the Jihad Jane case is connected to the arrest in Ireland yesterday of seven people accused of plotting to kill Swedish artist Lars Vilks because he drew a cartoon that depicts the prophet Mohammed's head on the body of a dog.

But a statement from the U.S. Attorney for Eastern Pennsylvania says that the LaRose indictment alleges that she "received a direct order to kill a citizen and resident of Sweden, and to do so in a way that would frighten 'the whole Kufar (nonbeliever) world.' The indictment further charges that LaRose agreed to carry out her murder assignment,"

Update at 10:30 a.m. ET. CNN has posted this report from Pennsburg: