Accessibility links
Obama Criticized By AFT For Condoning RI Teacher Firings : The Two-Way President Barack Obama was taken to task Monday by the nation's largest teachers union, the American Federation of Teachers, for endorsing the firing en masse of the teachers and administrators at a Rhode Island high school where the students were... 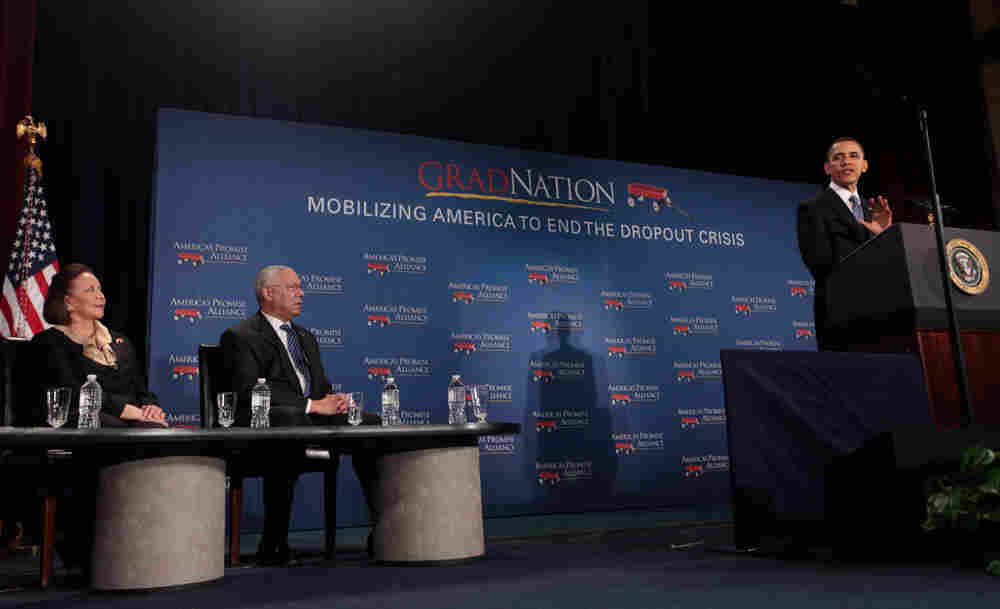 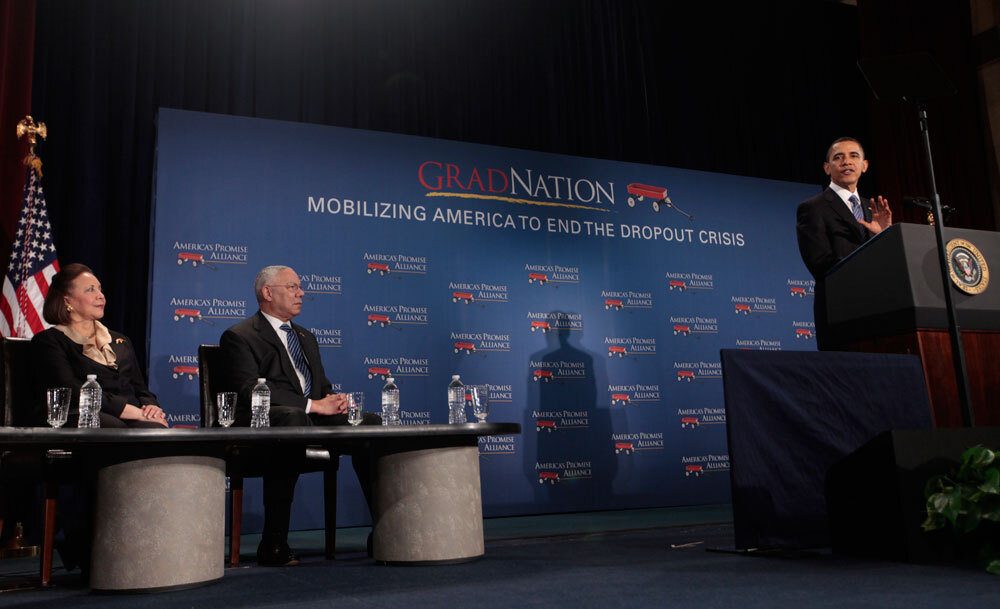 President Barack Obama was taken to task Monday by the nation's largest teachers union, the American Federation of Teachers, for endorsing the firing en masse of the teachers and administrators at a Rhode Island high school where the students were deemed as underperforming.

To refute the president's criticism the AFT includes a link in its press release to a report by Rhode Island education officials based on a visit to Central Falls High School last year in which the officials reviewing the school leave the impression the school had made significant strides in educating its students.

After reading the report, it's difficult to square what's described in the report with the school board's decision to fire all the teachers and administrators, exactly the conclusion the AFT wants the report's readers to reach.

The AFT was responding to comments Obama made Monday. At an education event focused on lowering the school drop out rate, Obama said:

So if a school is struggling, we have to work with the principal and the teachers to find a solution. We've got to give them a chance to make meaningful improvements. But if a school continues to fail its students year after year after year, if it doesn't show signs of improvement, then there's got to be a sense of accountability.

And that's what happened in Rhode Island last week at a chronically troubled school, when just 7 percent of 11th graders passed state math tests -- 7 percent. When a school board wasn't able to deliver change by other means, they voted to lay off the faculty and the staff. As my Education Secretary, Arne Duncan, says, our kids get only one chance at an education, and we need to get it right.

Here's an excerpt from the AFT's response:

President Obama's comments today condoning the mass firing of the Central Falls High School teachers do not reflect the reality on the ground and completely ignore the teachers' significant commitment to working with others to transform this school. We know it is tempting for people in Washington to score political points by scapegoating teachers, but it does nothing to give our students and teachers the tools they need to succeed.

What's even sadder is that the firings and the President's comments come in spite of a state report written last April that focused on the high school's reading and writing proficiency, which have gone up 22 percent and 14 percent respectively over the past two years. Nowhere in the report is there any criticism of teachers' efforts, skills or dedication to their job or their students. The report does, however, point to problems with constantly changing programs and the instability of school leadership. The report reinforces the fact that, today, teachers are being blamed unfairly for the schools' problems.

"Because so many programs have been abruptly terminated, many teachers desire a formal program evaluation system to ensure that the strengths and weaknesses of programs are properly examined in the future before changes are made or new programs are implemented. Students share this concern," the report said.

As for next steps, the report said, "Take the time to celebrate as a learning community the accomplishments, successes and positive changes that have taken place over the past few years."