Accessibility links
Thai Protesters Draw Own Blood, Vow To Pour It On 'Government House' : The Two-Way In Bangkok, protesters say they will draw their own blood and pour it on the gates of the Government House to demand that the prime minister dissolve parliament.

Listen
Thai Protesters Draw Own Blood, Vow To Pour It On 'Government House' 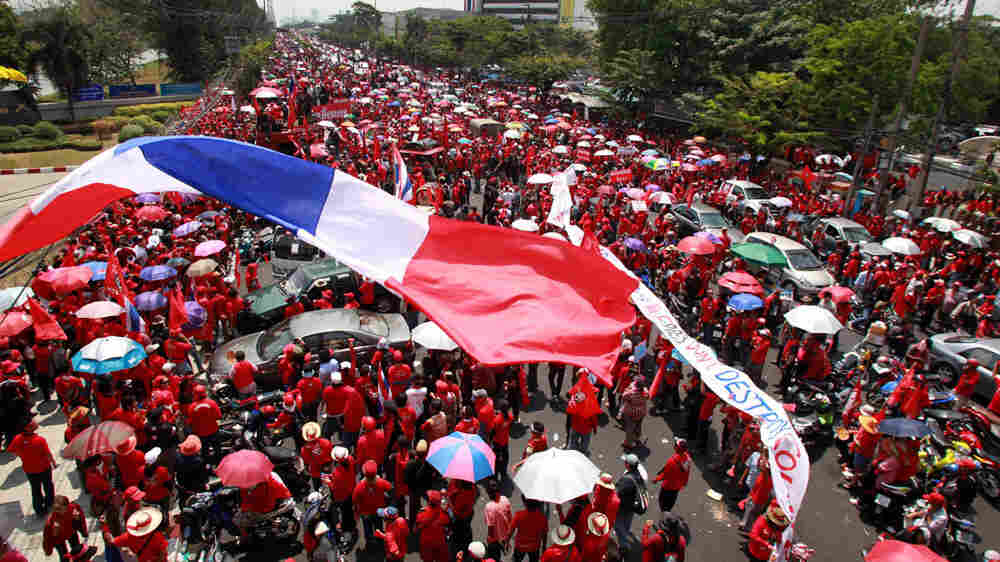 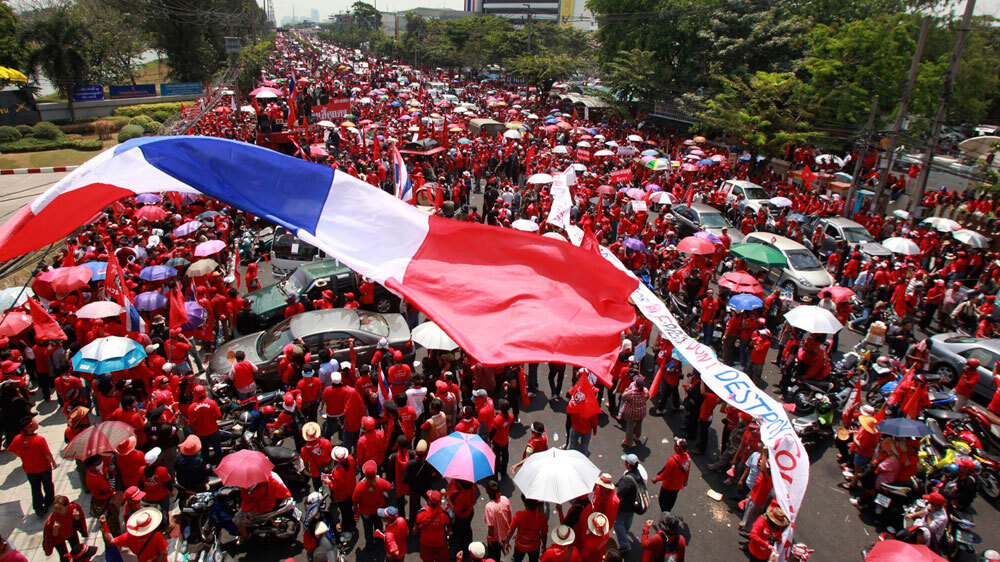 Red-shirted protesters in Bangkok, angered by what they see as the prime minister's illegitimate rise to power, have vowed to take 2,000 pints of their own blood and spill it outside the government's seat of power tomorrow if the country's parliament is not dissolved.

"The blood will be taken from the body and democratic soul of the Red Shirts," said a protest leader, Nutthawut Saikua, referring to the popular name for the protesters. He said they would start drawing blood at 8 a.m. Typically a person gives a pint of blood at a time, meaning more than 2,000 people would have to donate.

From Bangkok, NPR's Michael Sullivan reports that while thousands of protesters were in the streets today, there was no violence and "most of the city seemed unaffected by today's demonstrations." The protesters, he adds, have vowed to "spill that blood at the gates to the prime minister's office":

As the AP reminds us:

"The protesters believe Prime Minister Abhisit Vejjajiva took office illegitimately with the connivance of the military and other parts of the traditional ruling class who were alarmed by former Prime Minister Thaksin Shinawatra's popularity, particularly among the poor. Thaksin, who became prime minister in 2001 and whose party easily won two elections, was ousted by a 2006 military coup for alleged corruption and abuse of power.

"Some 100,000 Red Shirt protesters have been camped out along a boulevard in the old part of Bangkok. A force of more than 50,000 soldiers, police and other security personnel has been mobilized in the capital area."

The AP adds that Dr. Ubonwon Charoonruangrit, a senior official of the Thai Red Cross Society, said the planned blood drawing was "very risky" when left to untrained people and warned that a needle could not be used twice. "Protesters who have been out in the sun for so many days may be fatigued and sleep deprived, so it's not good to lose blood," the official said.