Accessibility links
Death Toll Rises In W. Va. Mine Disaster; Update: Search For 4 Delayed Again : The Two-Way The number of West Virginia coal miners reported to have been killed yesterday by a massive explosion rose to 25 overnight. 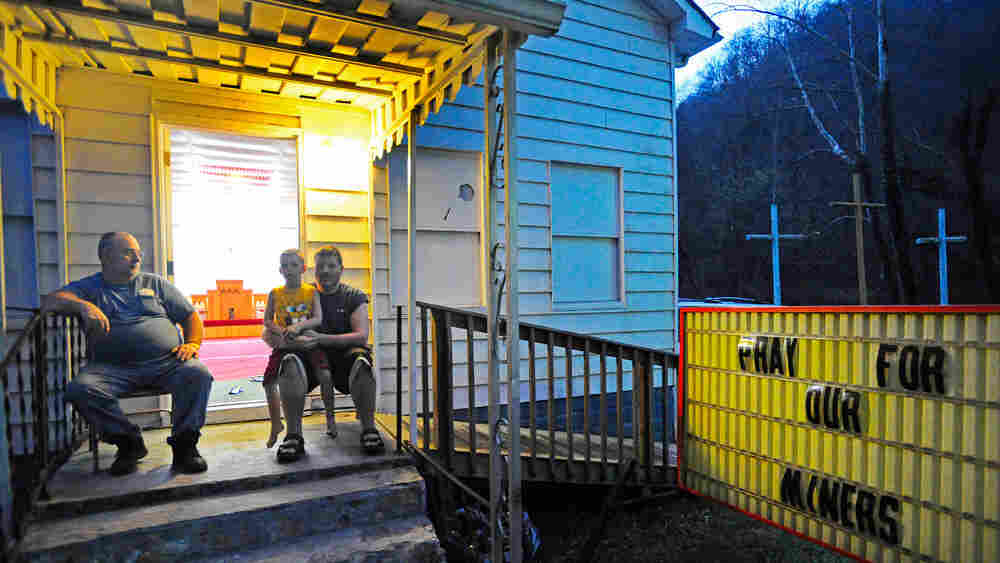 Holding out hope near the mine. (Jeff Gentner/AP) hide caption 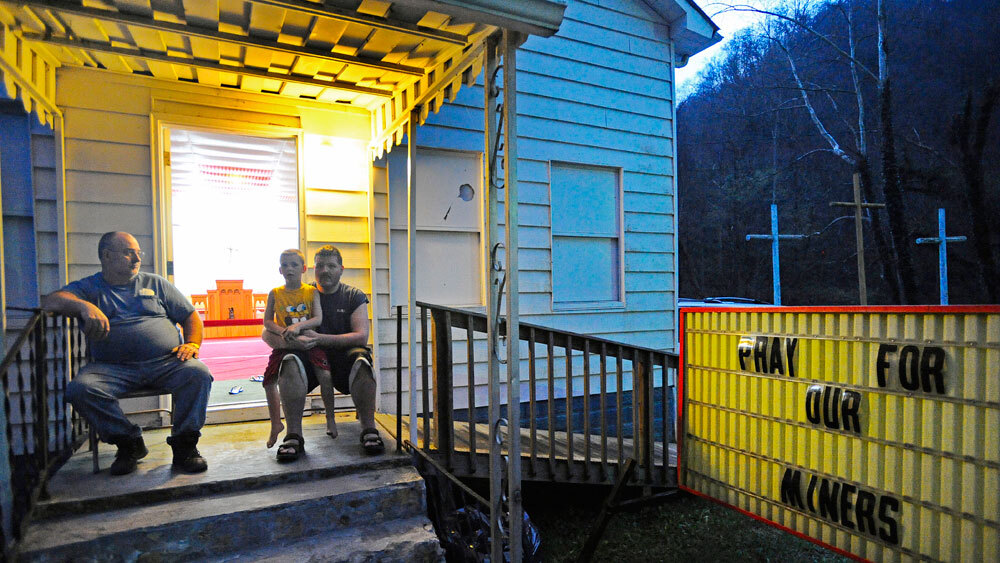 Holding out hope near the mine. (Jeff Gentner/AP)

Update at 12:30 p.m. ET: West Virginia Gov. Joe Manchin just said it could be Wednesday night before the first hole can be drilled to try to rescue four coal miners in West Virginia, the Associated Press writes.

"Crews are bulldozing an access road so they could drill 1,000 feet into the earth to try to find the missing miners that are feared dead."

The number of West Virginia coal miners reported to have been killed yesterday by a massive explosion rose to 25 overnight. Four miners are still unaccounted for. It's the worst U.S. mining disaster since 1984.

NPR's Brian Naylor reports from the scene that rescue operations had to be suspended because of a build-up of methane in the mine. It's hoped that they can resume later today -- but it will require drilling about 1,000 feet, through two coal seams, to get to where the men might have been able to find shelter.

-- Here is a report Brian filed this morning for NPR's newcast:

-- And a conversation he had with Morning Edition host Steve Inskeep:

According to The Charleston Gazette, last night:

"Rescue teams searched past the point where they were endangering their own lives, said Kevin Stricklin, administrator for coal at the federal Mine Safety and Health Administration. They reached the first of two rescue chambers in the mine, he said.

"The rescue effort now shifts to drilling boreholes 1,200 feet down into the mine into the second of the two rescue chambers, he said. A path will have to be cleared through the woods to reach the area where the boreholes need to be drilled, Stricklin said."

West Virginia Public Radio's Erica Peterson reports that "Kevin Stricklin of the federal Mine Safety and Health Administration says (investigators) believe a methane build up caused the explosion." And, she says:

"Ron Wooten is the director of West Virginia's Office of Miners' Health Safety and Training. He says until there's proof the mine is safe, bodies won't be removed. ...

"New safety measures have been put in place since the explosion at the Sago Mine in 2006 that killed 12. Wooten says Massey's Upper Big Branch Mine was in compliance with the state laws, but not with the more rigorous federal standards.

" 'West Virginia law requires that we know when people are moving onto a section,' he said. 'It doesn't require that we track them on the section'."

The Upper Big Branch Mine is operated by Massey Energy. WSAZ-TV in Huntington, W.Va., says it produced 1.2 million tons of coal last year, that 200 people work there and that there had been three fatalities at the site in the previous 12 years. The mine is about 30 miles south of Charleston, in the southern end of the state.

At a news conference, West Virginia Gov. Joe Manchin said the "horrific blast" likely destroyed much of the communications equipment inside the mine: