Accessibility links
Wow! Meteor Turns Night Into Day In Midwest; See The Video : The Two-Way Meteor lights up the sky over much of the Midwest.

Check out what happened over eastern Iowa last night. An Iowa sheriff deputy's "dash cam" caught this video (it repeats once):

A University of Wisconsin-Madison webcam also captured the celestial sight.

According to WGN-TV, "residents in Iowa, Wisconsin, Missouri, even Illinois reported seeing a meteor or a large fireball traverse the sky shortly after 10 p.m."

The National Weather Services's office in the "Quad Cities" of Iowa and Illinois issued this statement:

"Just after 10 pm CDT Wednesday evening April 14th, a fireball or very bright meteor was observed streaking across the sky. The fireball was seen over the northern sky, moving from west to east. Well before it reached the horizon, it broke up into smaller pieces and was lost from sight. The fireball was seen across Northern Missouri, Illinois, Indiana, and Southern Wisconsin. Several reports of a prolonged sonic boom were received from areas north of Highway 20, along with shaking of homes, trees and various other objects including wind chimes. As of late Wednesday evening, it is unknown whether any portion of this meteorite hit the ground."

Update at 10:55 a.m. ET. Alex Degman of NPR member station WIUM in Macomb, Ill., spoke with meteorologist Andy Ervin of the National Weather Service, who saw the fireball. It was "the brightest meteor I've ever seen," Ervin told Alex. "I think with most folks that we've talked to, we've talked to quite a few people who were able to witness that, it was either exceptionally bright, or probably the brightest thing most folks have seen in the sky beyond lightning or the sun."

Here is a short audio report Alex filed for the NPR newscast:

And here is a longer version of his conversation with Ervin, as broadcast on WIUM: 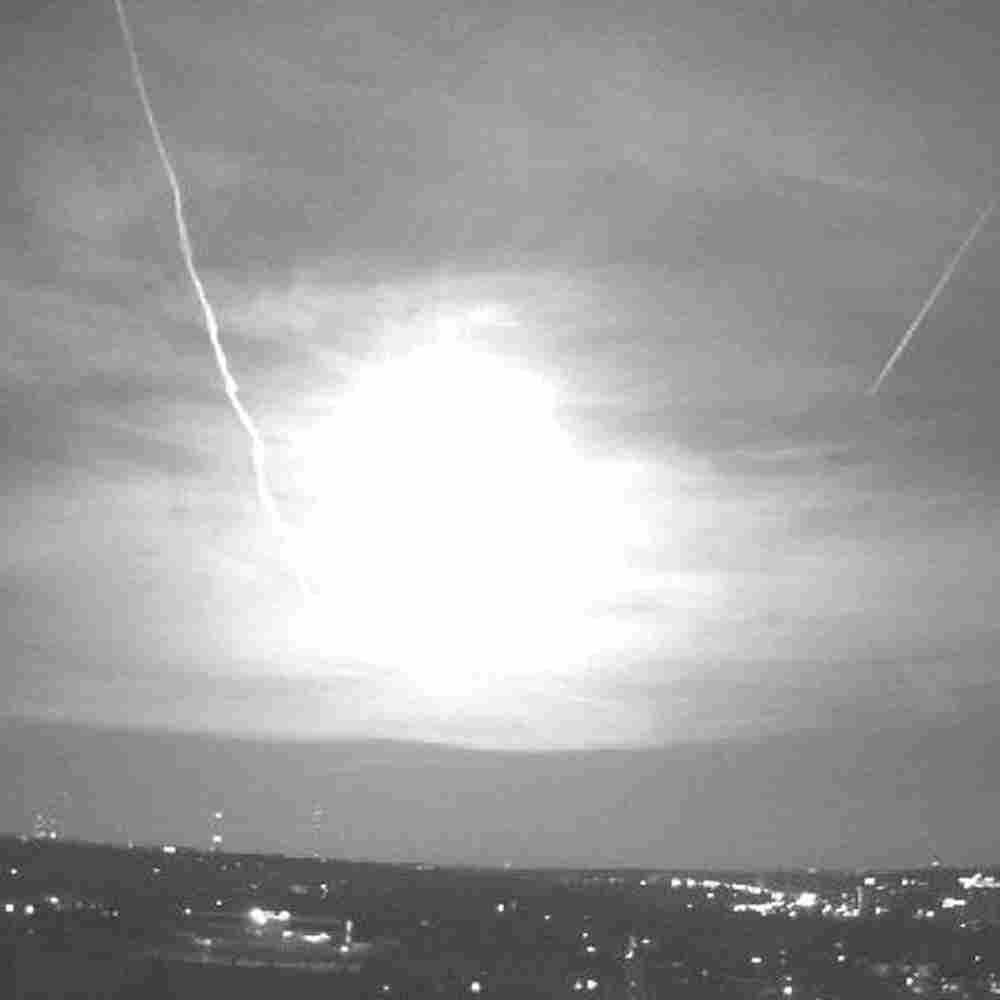