Accessibility links
Jimmy Carter's Grandson Jason Wins Ga. Senate Seat : The Two-Way It's too early to declare the start of the Carter restoration but if one day Jason Carter, grandson of the 39th president, becomes a player on the national scene, it may be possible to date the beginnings to Tuesday. Carter, 34, won a Georgia stat... 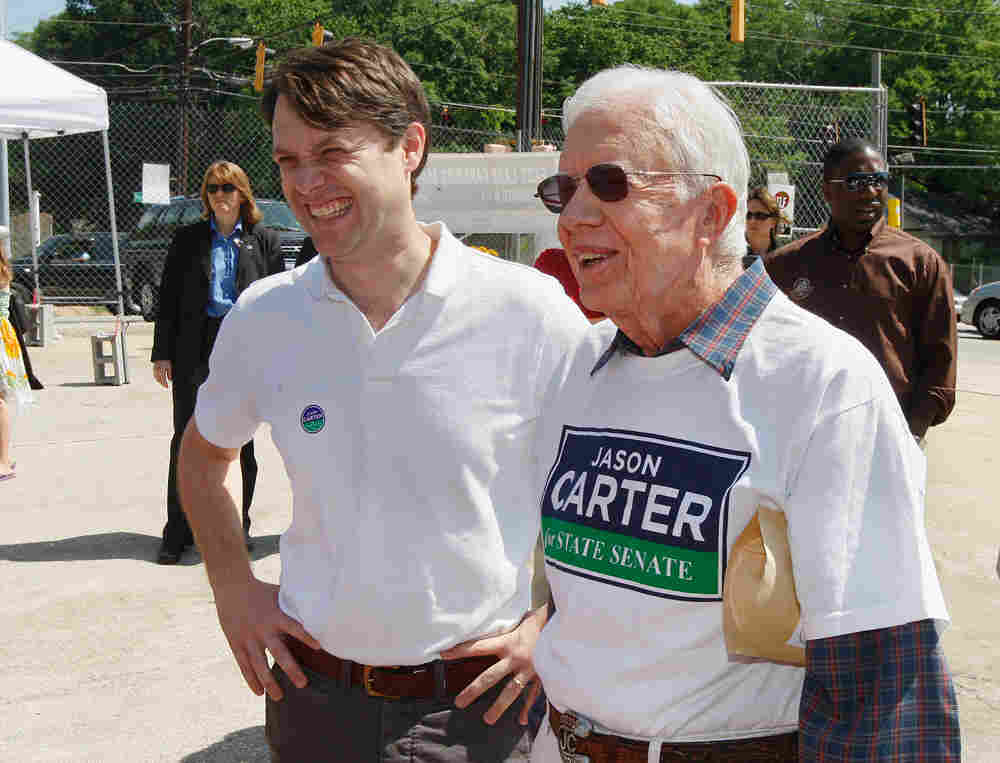 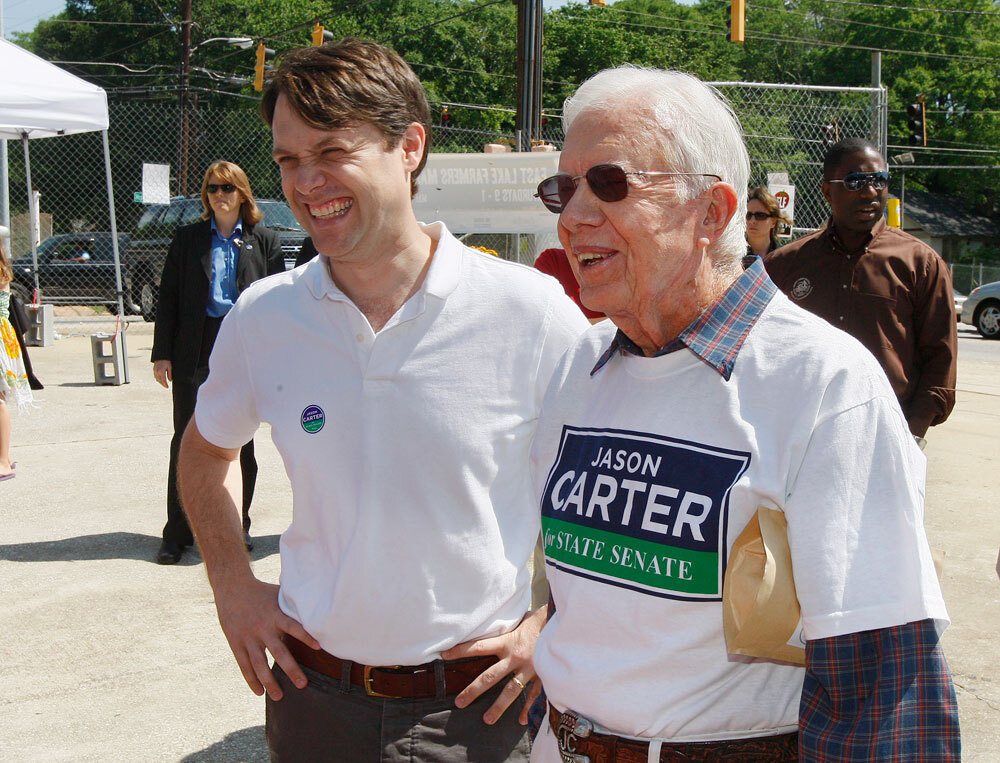 Like grandfather, like grandson. Jason Carter continues not just the family patriarch's trademark smile but his political ambition.

It's too early to declare the start of the Carter restoration but if one day Jason Carter, grandson of the 39th president, becomes a player on the national scene, it may be possible to date the beginnings to Tuesday.

Carter, 34, won a Georgia state senate seat representing a suburban Atlanta district in DeKalb County. In the special election to fill the seat of his predecessor, David Adelman, who was appointed ambassador to Singapore, Carter got more than 65 percent of the vote.

Since it was a special election, however, he must run again in the July primary.

Carter, the oldest of former President Jimmy Carter's grandchildren, has the toothy smile -- like a toothpaste advertisement -- of the family patriarch. A co-founder of Democrats Work, acknowledged that his family name didn't hurt him in Georgia.

From the Atlanta Journal-Constitution:

"My family opened the doors, but ultimately I think people decided on me for my merit and not my family," Carter said after his victory Tuesday night. "But, of course, my family helped. It's part of me."

It was more than his famous family name that helped him. Famous family members did, too. His grandfather Jimmy and grandmother Rosalynn campaigned for him recently.

Just days before the election, however, Jimmy and Rosalynn Carter stumped with the candidate, passing out fliers in an Atlanta neighborhood and surprising residents going about their usual Saturday business.

The district is heavily Democratic and Jimmy Carter is still a popular figure among some Georgia Democrats. The elder Carter served two terms in the Georgia Senate before becoming the state's governor in 1971. His son - Jason's father Jack - was the Democratic nominee for the U.S. Senate in Nevada in 2006 but lost to Republican John Ensign.

Late last year, when the former president apologized for his harsh criticisms of Israel, some observers speculated that he might have done it to help his grandson's chances of winning the seat in the Georgia state house.

But the former president noted that the district's Jewish population was just two percent. And the younger Carter said the apology was completely unrelated.