Accessibility links
Pakistan's Surprising Familiarity To An American Eye : The Two-Way "What's it like there?" That's the most common question I get from people. "There" being Pakistan, a country that is in the news every day but still seems such a mystery to us. Well some of it may seem more familiar to Americans than you might i...

NPR correspondents are taking The Two-Way with them along the historic Grand Trunk Road that stretches from the Bay of Bengal in the east to the Hindu Kush mountains in the west, across the vast Indian subcontinent. Their reporting along the way can be heard and read in a Morning Edition series on the radio and web about life along the route that focuses on the lives and hopes of young people. We've been getting frequent reports from them since April 14. We have an archive of all of the team's posts. 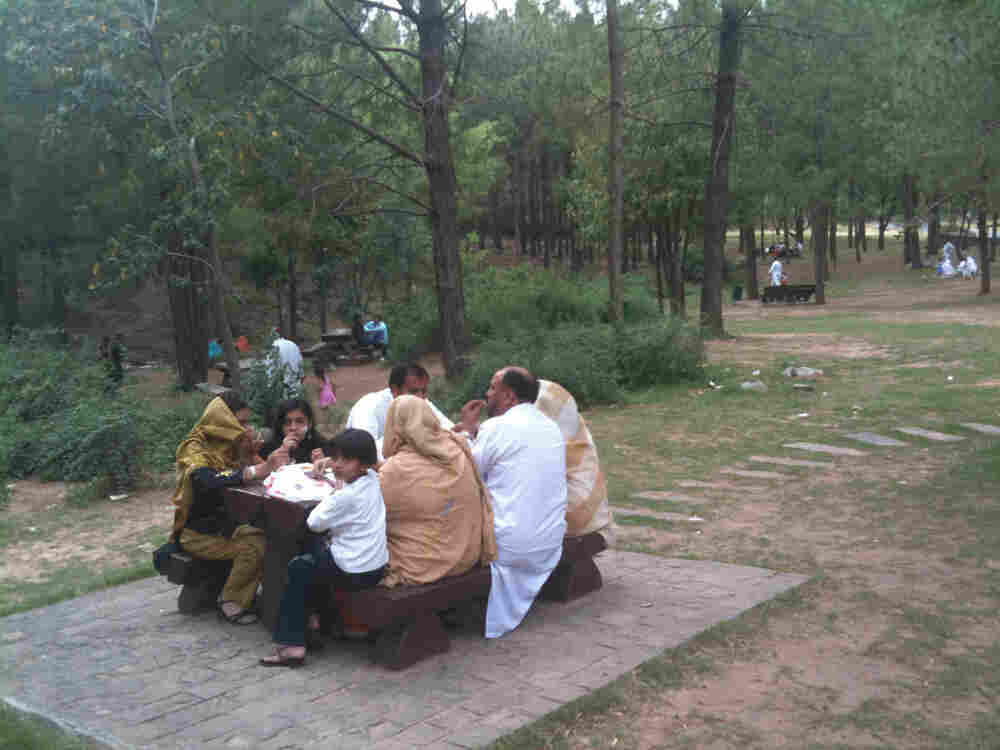 "What's it like there?" That's the most common question I get from people. "There" being Pakistan, a country that is in the news every day but still seems such a mystery to us. Well some of it may seem more familiar to Americans than you might imagine.

Islamabad is a company town if ever there was one and its business is government. It became the capital of Pakistan in the 1960s when General Ayub Khan took over as President (one of Pakistan's long line of military rulers) and decided he wanted to move the capital from the port city of Karachi close to Rawalpindi, the garrison city that is home to the Pakistani military. In essence, Islamabad became a suburb of Rawalpindi.

This may be hard to believe, but the first thing that crosses your mind when you drive into Islamabad is suburban Virginia -- its wide roads, modern buildings, cleanliness and orderliness is a complete contrast to the hustle and bustle of the ancient city of Lahore, some 220 miles east on the Grand Trunk Road.

Islamabad is laid out in a grid with numbered avenues running north to south. The streets are tree lined and flowers abound among the vast open stretches of green space.

Perhaps one of the most beautiful spots is the Margallah Hills National Park. Drive up the winding road on the northern edge of town to the scenic view points and you'll see the broad planned city stretch before you.

It's a Sunday afternoon and you could be in any park in any city in the world. Families are out for a stroll and picnicking on park benches. There's a popcorn vendor and an ice cream seller. Kids are playing on a big inflatable slide. Peacocks strut their full plumage as people are busily clicking away on their cellphone cameras. Lively music permeates the air as souvenir sellers are hawking their wares. Off one of the side paths I notice a young couple lunching at a bench, a respectable distance apart from each other but clearly wanting to be alone. 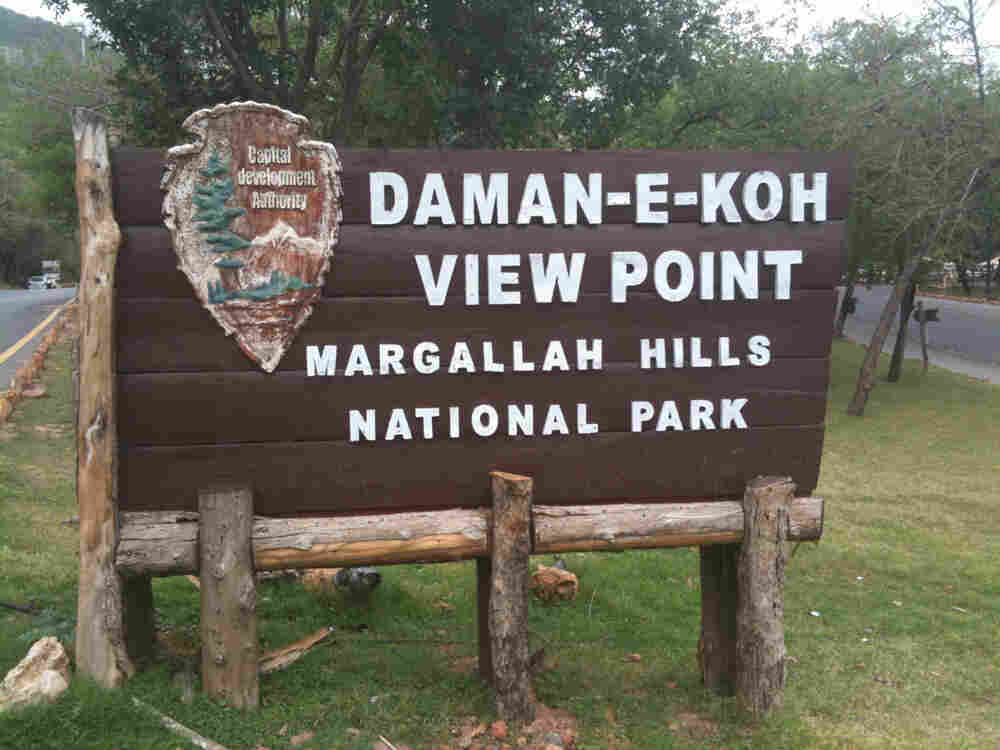 A park sign with a familiar, American look. hide caption

So what's it like here? It's pretty much like everywhere else. On a quiet Sunday afternoon people are out with their families, relaxing and enjoying themselves, taking a break from the stresses and strains of daily life. For all of us this is an image of Pakistan worth remembering. I certainly will. 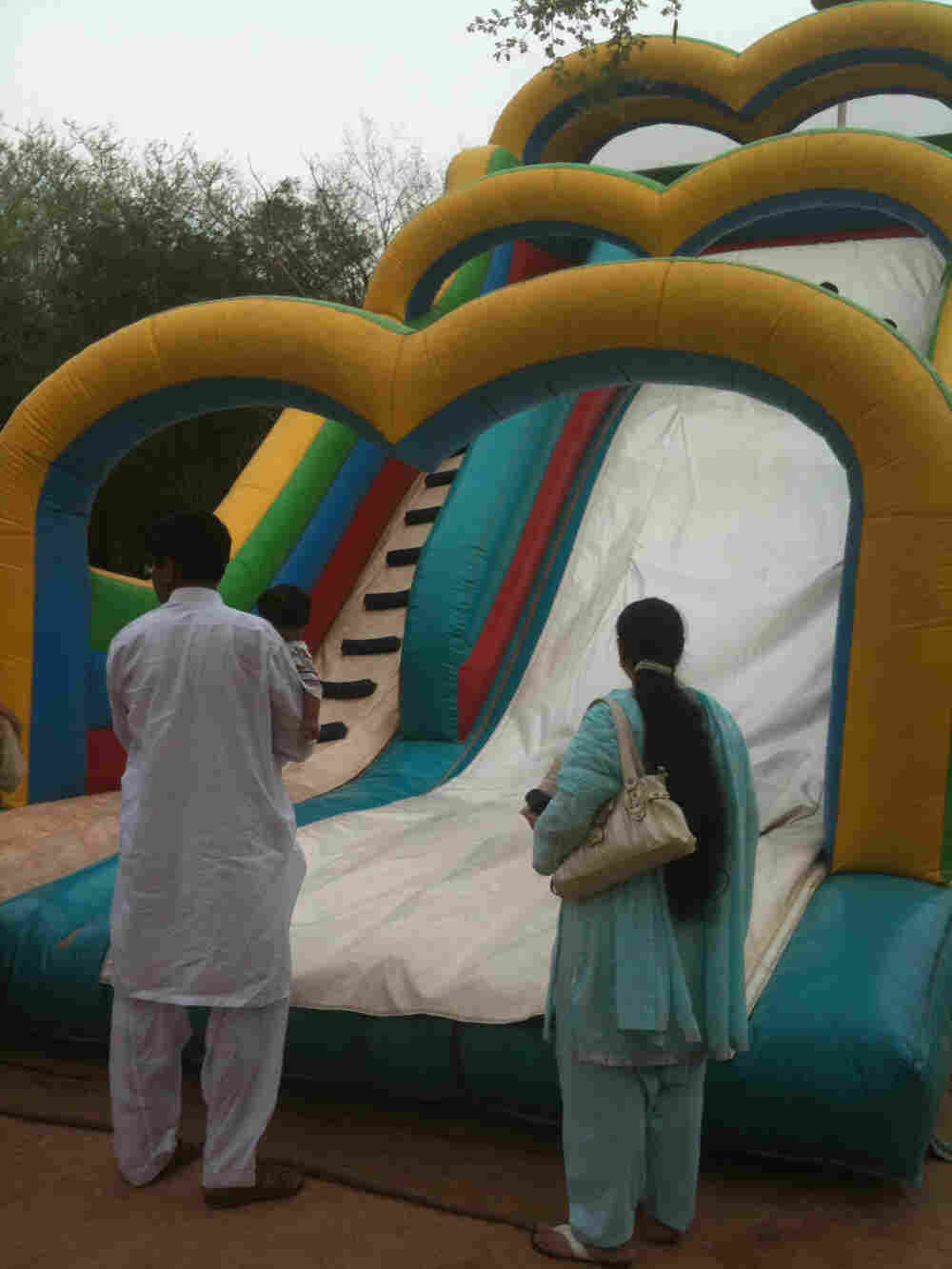