Accessibility links
Supreme Court Closes Front Door To Entering Visitors : The Two-Way The experience of entering the U.S. Supreme Court building through its magnificent bronze front doors and under the famous frieze above, is about to come to an end because of security concerns. 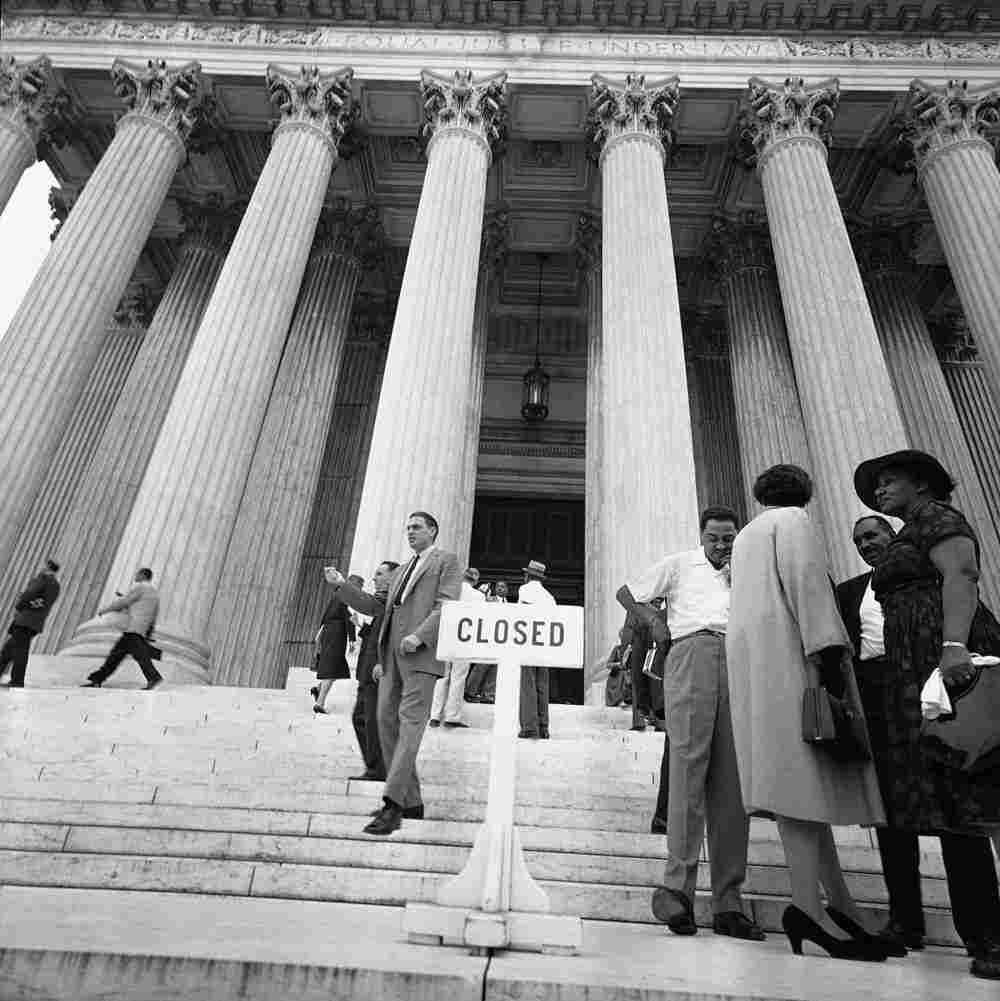 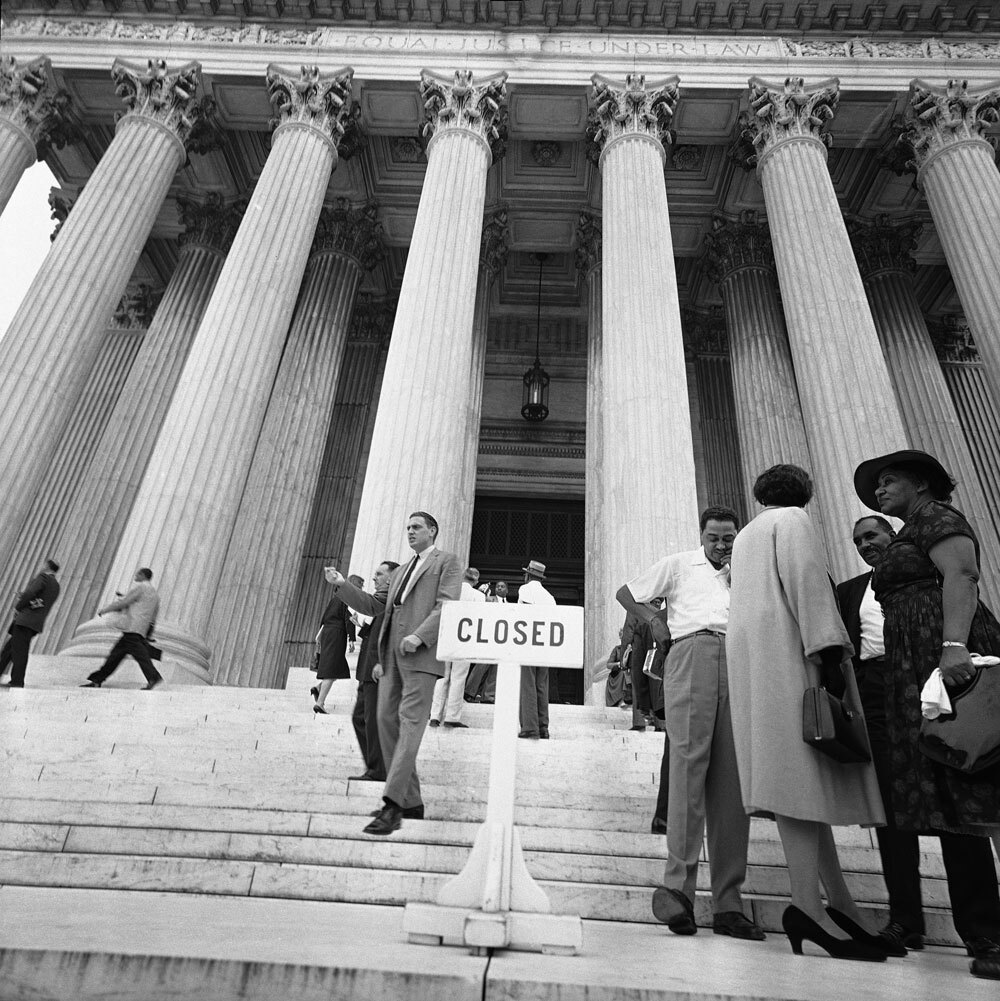 The U.S. Supreme Court has one of the grandest public entrances in a national capital with many of them. It is intended to inspire those who enter within with the majesty of the law, of the Constitution, of the American way.

But the experience of entering the court's building through those magnificent doors, and under the famous frieze above, is about to come to an end because of security concerns.

It's just one more example in the nation's capital of how security concerns have narrowed how visitors can experience one of the world's most remarkable cities.

As NPR's Nina Totenberg reported for the network's newscast:

Starting Tuesday, visitors to the court will no longer be able to walk up the 44 marble steps and enter through the giant bronze doors, beneath the portico engraved with the words "Equal Justice Under Law."

Instead, visitors will enter the building through entrances on the ground level and they can exit through the bronze doors. The court said it was closing the majestic entrance in light of findings and recommendations from two independent security studies.

But in a written statement, Justice Stephen Breyer, joined by Justice Ruth Bader Ginsburg, called the decision "unfortunate" and unjustified." They said the stately bronze door entrance is a metaphor for access to justice, and they said potential security threats will exist regardless of where the public entrance is located.

Indeed, they noted, no other supreme court in the world, including the Israeli supreme court, with far greater security threats, has closed its main entrance to the public.