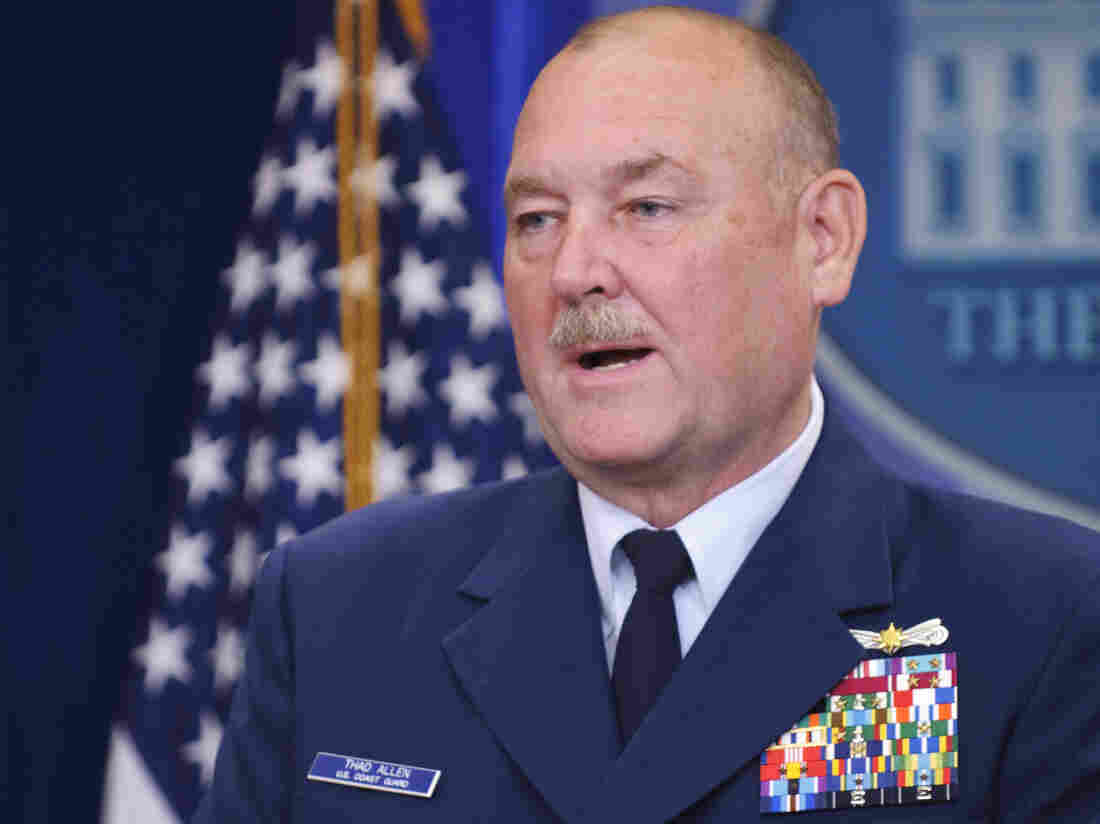 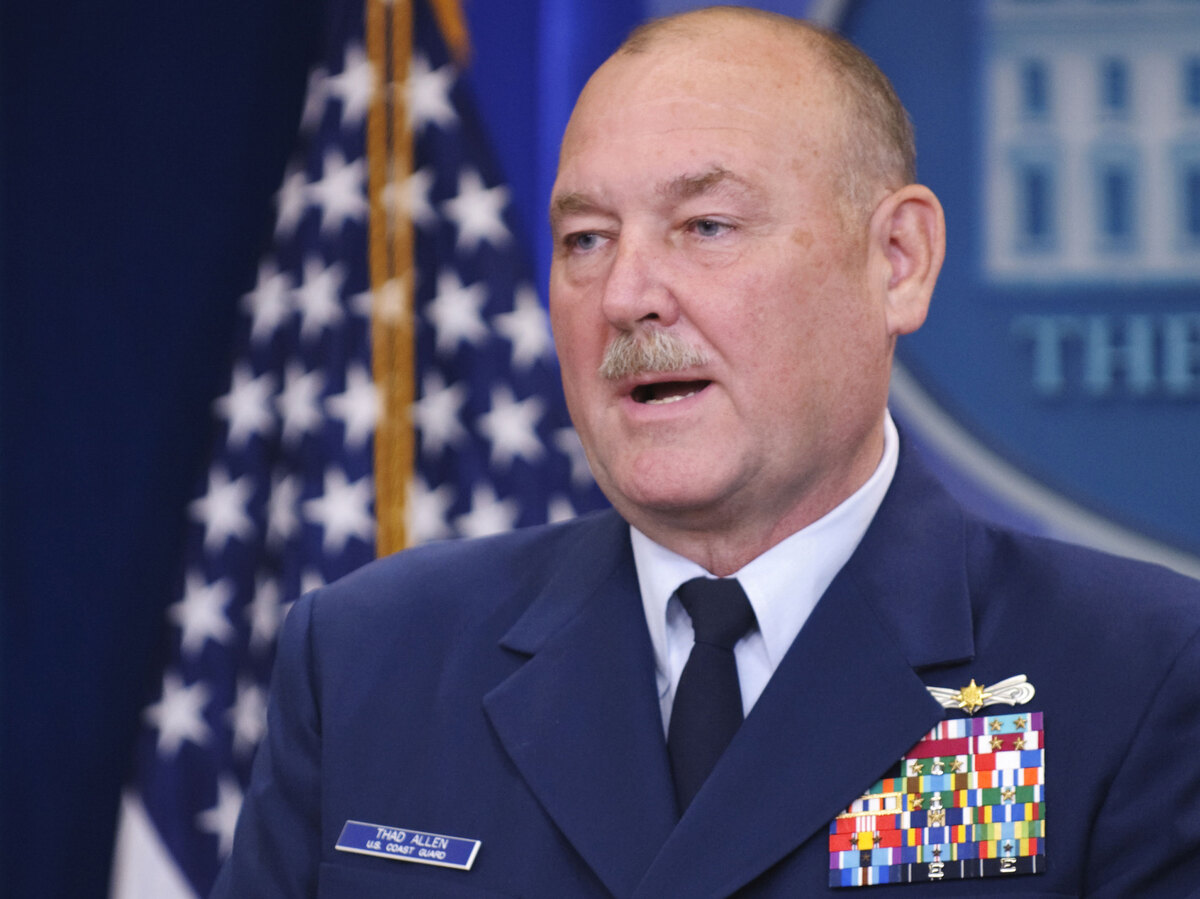 There are signs that the "top kill" operations may be effective, Coast Guard Admiral Thad Allen told NPR. He is in Houma, Louisiana, meeting with local officials and residents.

"Since yesterday afternoon, British Petroleum and their subcontractors have been pumping a heavy mud down into the well bore below the blowout preventer, and over the course of the last 12 to 18 hours, they've been able to force mud down, and not allow any hydrocarbons to come up," Allen said, in an interview on Morning Edition. He is in charge of clean-up efforts in the Gulf of Mexico.

Allen echoed those comments in another interview this morning, on WWL Radio, in New Orleans.

"I'd say the absence of any news is hopeful," Allen told NPR's Renee Montagne.

He refuted criticism of the government's response to the disaster, and dismissed allegations BP, not than the federal government, is directing operations in the Gulf.

"There is no doubt on who is in charge," he said. "It is the federal on-scene coordinator, who is a senior Coast Guard officer, charged with the responsibility."

BP has a role, as a responsible party, to pay for all cleanup and recovery costs, and they necessarily need to be involved in the effort, buit it is up to the federal onscene coordinator to create unity of effort.

Allen said that the government is closely monitoring the company's "top kill" operations, and he is urging BP to continue to look for alternative solutions.

"We are exerting immense pressure on British Petroleum to make sure that they're doing due diligence," Allen said.

According to him, there are other options available.

Asked how he sees the situation playing out, Allen said that, first and foremost, "we need to stop the leak."

As long as the leak is going on, we're going to be dealing with oil on the surface and oil coming ashore. The long-term solution to this entire problem will be the drilling of relief wells, removing the pressure from the existing well, and then permanently capping it. That is not likely to happen until some time in August. But because that won't happen 'til August doesn't mean we shouldn't exhaust every possiblity or potential to stop that leak before then.