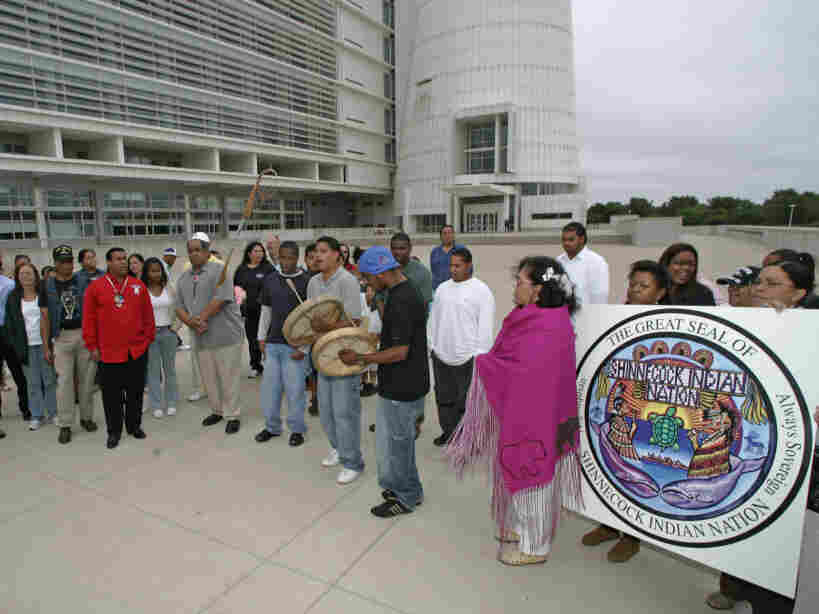 It looks like another Indian casino is on the way.

That acknowledgement clears the way for its members to finally achieve their long-sought goal of a casino which they say is vital for their economic well-being.

The tribe, with just 1,292 members, was officially recognized by New York state at least as early as 1789. In 1792, the state passed a law that recast the tribe's leadership structure into a trusteeship whose trustees have been voted on by tribe members ever since.

But the question before the Bureau of Indian Affairs was whether the modern tribe was linked to the "historic" one. The bureaucrats decided it was, saying the tribe met the seven criteria in the law governing how the federal government recognizes Indian group.

An excerpt from the government's dry-as-dust letter announcing the determination:

The letter may sound like so much bureaucratic-speak to us but for the Shinnecock it sounds like a jackpot.

For 30 years, the tribe has sought official recognition, a prerequisite for a casino.

In 2007, a federal judge ruled against its bid. But the tribe and federal government reached a settlement last year that the tribe would be recognized by mid-June 2010 if there were no objections.

A tribal history on the Shinnecock web site indicates the small tribe's efforts at economic development have had only modest success and even some downside and makes an implicit argument for a casino:

One of the earliest forms of economic development that the Shinnecock Nation undertook was to lease Reservation acreage to local area farmers for their crops, mainly potatoes and corn. While the project did bring in a small income for the Tribe, the resulting damages from pesticides leaking into the ground water and polluting our drinking water supply were enormous. We had great expectations for our shellfish hatchery (The Shinnecock Shellfish Hatcheries and Environmental Center) but brown tide and general pollution forced it to close before it had the chance to develop into the business enterprise it was planned to be. In the summer of 2005, the Tribe began reseeding parts of its waterways with oysters, and celebrated a renewal harvest of Shinnecock chunkoo oysters at the Tribal Thanksgiving Dinner, November 2006.

At the present moment, the Shinnecock annual Powwow is the economic development project of record for the Shinnecock Nation. Revived in 1946 as a benefit for our church, the Powwow has evolved into an event that hosts thousands of visitors. But we are at the mercy of the weather. For the past two years, rainstorms have forced us to drastically revise our budgeting plans. We are now exploring Indian Gaming as a means of attaining the much needed self-sufficiency that will enable us to perform the sacred duties laid out for us by the Ancestors — to protect, manage and maintain the Shinnecock Indian Nation.