Accessibility links
After Epic Match, John Isner Falls Flat At Wimbledon : The Two-Way After playing a three-day match, he falls to an unranked player. 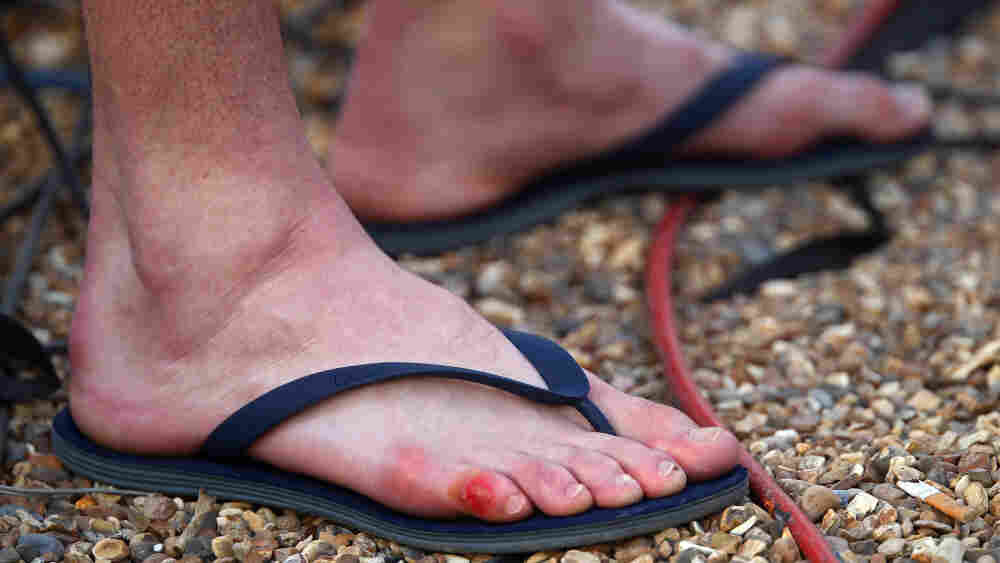 Now, the Associated Press reports, "one day after winning the longest tennis match in history, John Isner lost the shortest men's match at Wimbledon so far this year."

The marathon man looked weary from the outset Friday, required treatment for a neck injury and was beaten by unseeded Thiemo de Bakker of the Netherlands 6-0, 6-3, 6-2.

Can you really fault him for that?!

Some quotations about his performance today are priceless:

From his mother: "I wouldn't have bet a lot of money on him today."

From his coach: "He's one tired boy."

What's next for Isner?

"Really just anything but tennis," he said. "I'll watch sports. I'll take in the World Cup. I'll go fishing. I'll do whatever. Just anything away from the tennis court."