Accessibility links
Conservative Andrew Breitbart Offers $100,000 For 'JournoList' Archives : The Two-Way The money is burning a hole in his pocket, he said today. 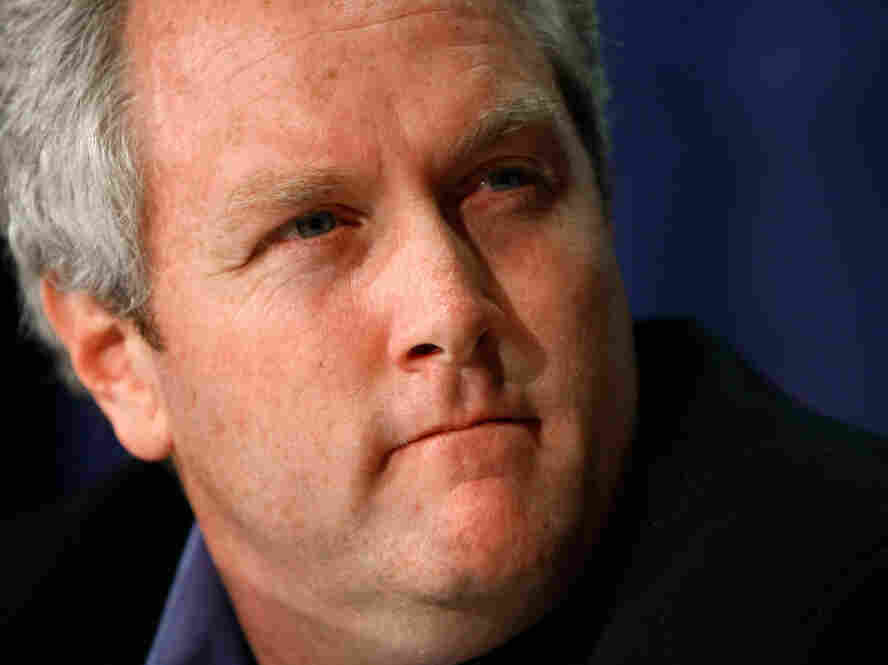 Andrew Breitbart says he is willing to pay for the archives of a controversial list-serv, known as "JournoList," founded by Ezra Klein. Win McNamee/Getty Images North America hide caption

Andrew Breitbart, whose conservative media empire includes Big Hollywood, Big Government and Big Journalism, has offered $100,000 to anyone willing to provide him with the full archive of "JournoList," which he calls "the epitome of progressive and liberal collusion that conservatives, Tea Partiers, moderates and many independents have long suspected and feared exists at the heart of contemporary American political journalism."

"JournoList" is -- or was -- a list-serv, created by The Washington Post's Ezra Klein. In a post on his blog, Klein called it "an insulated space where the lure of a smart, ongoing conversation would encourage journalists, policy experts and assorted other observers to share their insights with one another."

Until last week, Dave Weigel covered the Republican Party and the Tea Party movement for The Post. He was also a member of JournoList.

On Friday, The Daily Caller, a conservative news website, published a series of inflammatory email messages he sent to the list-serv. The blogger resigned from his position at the newspaper one day later. Today, MSNBC announced Weigel will join the cable network as a paid contributor, appearing regularly on Countdown with Keith Olbermann.

"I've had $100,000 burning in my pocket for the last three months and I'd really like to spend it on a worthy cause," Breitbart writes on Big Journalism today. "So how about this: in the interests of journalistic transparency, and to offer the American public a unique insight in the workings of the Democrat-Media Complex, I'm offering $100,000 for the full 'JournoList' archive, source fully protected."

It is worth noting that, in the wake of the firestorm that brought about Weigel's resignation, the erstwhile blogger chose to tell his side of the story on Breitbart's Big Journalism website.