Accessibility links
Gen. Stanley McChrystal Will Retire With Four Stars, White House Says : The Two-Way Although McChrystal only served one year, the White House press secretary said the administration will work to ensure he retires as a four-star general. 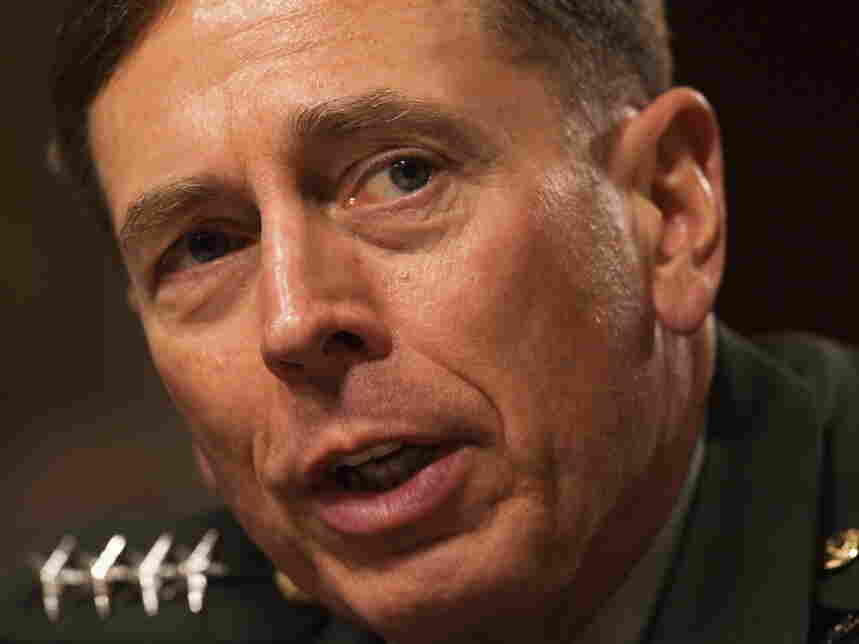 Gen. David Petraeus appears before the US Senate Armed Services Committee during his confirmation hearing to become the head of US and NATO forces in Afghanistan. Paul J. Richards/AFP hide caption

As we reported earlier, the Senate Armed Services Committee voted to confirm Gen. David Petraeus as Commander of the International Security Assistance Force (ISAF) and U.S. forces in Afghanistan.

If he is confirmed by the full Senate, Petraeus is expected to travel to Afghanistan via Belgium, to meet with NATO officials, NPR's Rachel Martin reports.

The man he is replacing, Gen. Stanley McChrystal, announced his retirement from the Army yesterday.  Today, President Obama's press secretary, Robert Gibbs, said that the White House will work to make sure McChrystal will retire as a four-star general.

According to the Associated Press, "under Army rules, McChrystal would have had to serve three years as a four-star officer to retain that rank, with its higher prestige and deeper retirement benefits."

As the wire service points out, "McChrystal had been a four-star general for just over a year when President Obama demanded his resignation as Afghan war commander because of scornful remarks made to Rolling Stone magazine."

Before his testimony today, Petraeus praised McChrystal, someone he has "known and admired for nearly 30 years," who has "devoted his entire professional life to the defense of this nation."

Petraeus gave McChrystal especial credit for his work over the last nine years, thanking him for his help with the so-called "Surge" in Iraq, his leadership of the Special Mission Unit Forces, and the development of the Joint Special Operations Command (JSOC).

"He has made enormous contributions in leading the Coalition endeavor in Afghanistan over the last year," Petraeus said, praising McChrystal's "impressive vision, energy and expertise."